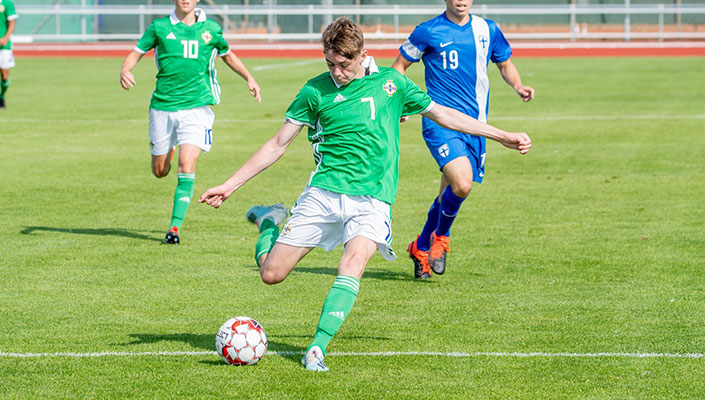 Northern Ireland Under 17s couldn't break the Finnish resilience as they went down 1-0 in the final match of the Nordic Cup in Denmark.

Manager Stephen Frail, who was celebrating his birthday, couldn't be given the perfect gift as a 17th minute strike from Koskinen dealt the crucial blow.

The Under 17s dominated proceedings for the majority with Connor Bradley, Dale Taylor and Ross McCausland all coming close as Finland went down to 10 men in the final few minutes.

The loss meant they finished the tournament in sixth place out of eight with their one win coming against the Faroe Islands in a 2-0 victory on matchday two.

Sweden, who beat the Under 17s in their opening fixture, lost in the final to Denmark as the hosts were crowned Champions of the three game tournament.