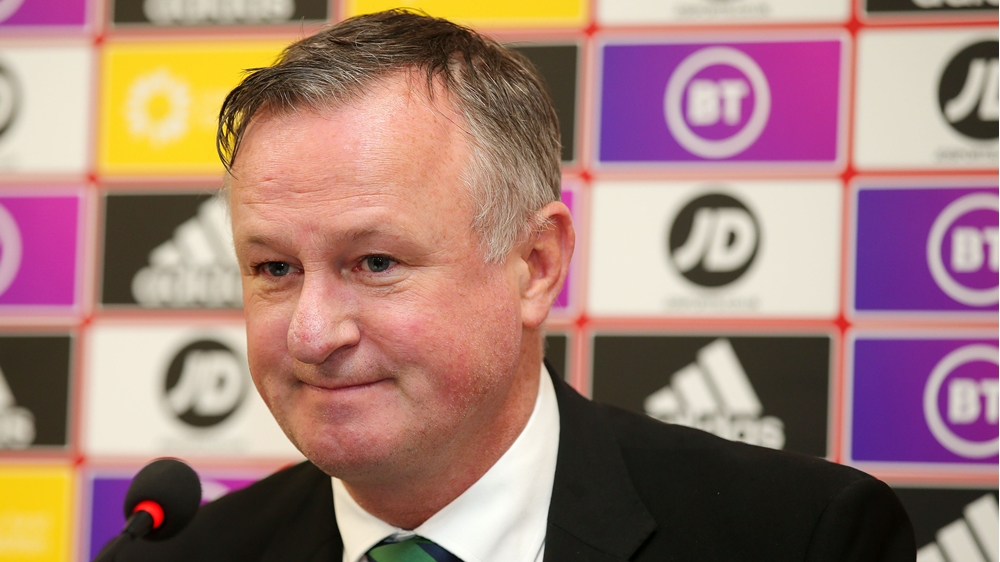 Norwich City full-back Jamal Lewis is back in Michael O’Neill’s squad for the forthcoming Euro 2020 qualifiers against Netherlands and Germany.

Lewis has returned to the fold after missing last month’s games against Netherlands and Czech Republic due to injury.

And St Johnstone winger Matthew Kennedy has retained his place in the squad after receiving his first call-up in October.

The 25-strong panel named for the Euro 2020 qualifiers against Netherlands in Belfast on 16 November and Germany in Frankfurt on 19 November is unchanged from the one originally named for last month’s matches. Lewis had to withdraw from that squad shortly after it was announced.

Watford defender Craig Cathcart and Hearts defender Michael Smith should both be available for selection despite leaving the action early in their respective club games at the weekend.

Cardiff City winger Gavin Whyte was not included in Neil Warnock’s Championship side at the weekend due to a hamstring injury but again he is expected to be fit for international duty.

And Blackpool midfielder Jordan Thompson, who missed out on his club game at the weekend due to a knee injury, is set to return to the League One fray with the Tangerines on Saturday. 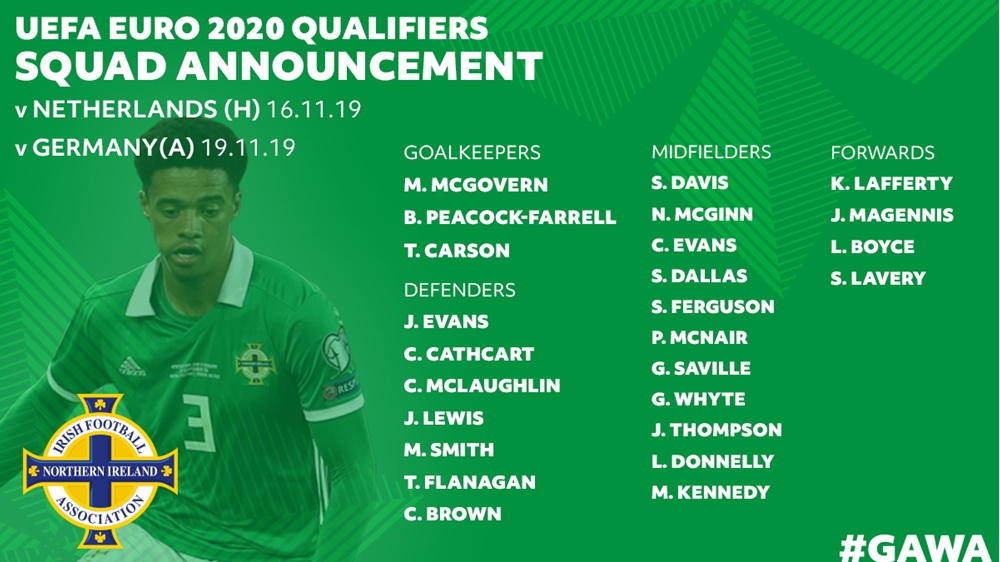