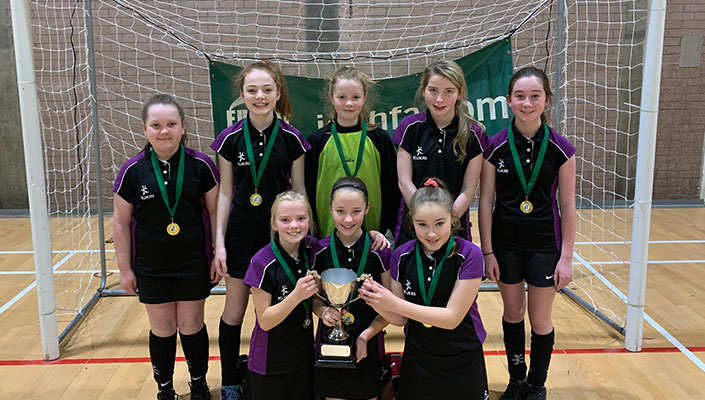 Teams from around Northern Ireland picked up silverware at this year’s Irish FA Schools’ Futsal Finals.

More than 2000 pupils and 200 teams took part in futsal in schools across Northern Ireland this year with the winners of 12 regional tournaments competing at a national tournament.

In the girls’ competition Tandragee JHS defeated Abbey Community College (Newtownabbey) on penalties in the Year 9 decider, while Ballyclare Secondary School were victorious against St Cecilia’s (Derry-Londonderry) in the Year 11 final.

The boys’ tournament was very competitive with Boys’ Model retaining the Year 11 trophy after defeating St Columb’s College (Derry-Londonderry) in the decider and Bangor Academy defeating Boys’ Model in the Year 9 competition final.

Irish FA Schools and Futsal manager Jonathan Michael said: “It is great to see the development of futsal in schools. We have organised this competition for the last three years and the technical and tactical improvement of the participants is clear to see.

“The finals were played in a fantastic spirit with pupils’ behaviour impeccable. They were a credit to the schools involved.”

See our gallery below for pictures of the winning teams. 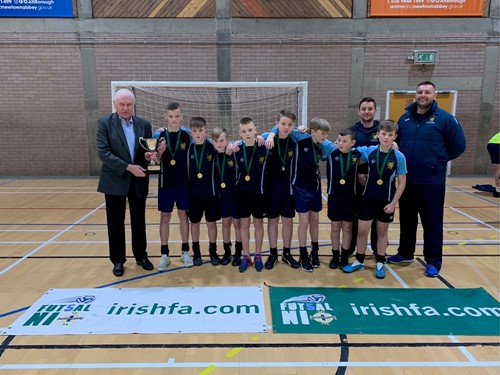 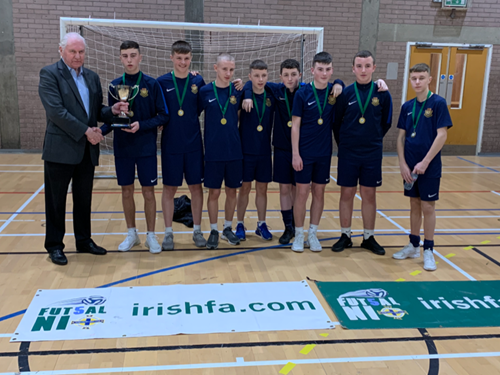 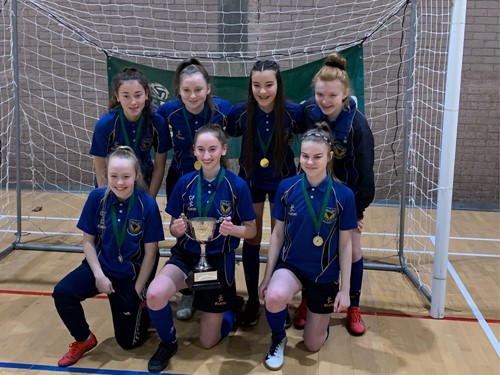 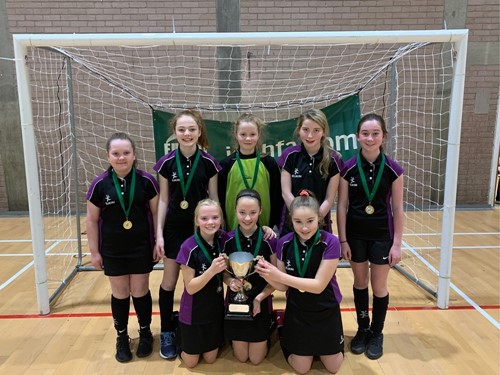