The first leg of the Unite the union Champions’ Cup, the new cross-border competition which pits the league champions of Northern Ireland against the champions of the Republic of Ireland, ended with honours even.

The match between Linfield and Dundalk finished 1-1 with little to choose between the sides. And both Linfield boss David Healy and Dundalk manager Vinny Perth will remain confident of an outright victory ahead of the second leg at Dundalk’s Oriel Park on Monday (11 November).

Both clubs fielded strong starting elevens at the National Football Stadium at Windsor Park this evening.

In front of around 2800 spectators Linfield took the lead in the ninth minute through a fine Shayne Lavery goal.

Northern Ireland international Lavery latched on to an intelligent through ball from Blues midfielder Jamie Mulgrew before rounding Andy Boyle and drilling a shot into the bottom corner past Dundalk keeper Gary Rogers.

Both sides produced some good approach work, however they created few clear-cut chances.

However, on the half-hour mark, from a Dundalk corner, Linfield keeper Gareth Deane produced a fantastic save to tip Boyle’s header on to the crossbar.

Joel Cooper, Stephen Fallon and Lavery were all lively for the Blues throughout the first half but the Dundalk defence managed to keep them at bay.

Dundalk were more purposeful after the restart and began to exert pressure. And they equalised in the 50thminute when striker Daniel Kelly held off his marker and neatly slotted the ball past Deane from 12 yards.

Danske Bank Premiership championsLinfield, with Mulgrew and Bastien Hery pulling the strings in the middle of the park, grew in confidence after that. Hery threatened after a mazy run, while Lavery kept the Dundalk defence on their toes with his darting runs.

The SSE Airtricity League champions fired plenty of crosses into the Linfield penalty area, however Deane proved to be a safe pair of hands for the Blues.

Dundalk pushed forward in the closing stages but some stout Linfield defending ensured it ended all square.

The Unite union have signed a three-year deal with the Irish FA and FAI to sponsor the cross-border competition with €50,000 set to go to the winners, €25,000 for the runners-up and a further €25,000 ring-fenced for community-based projects in the competing teams’ local areas. 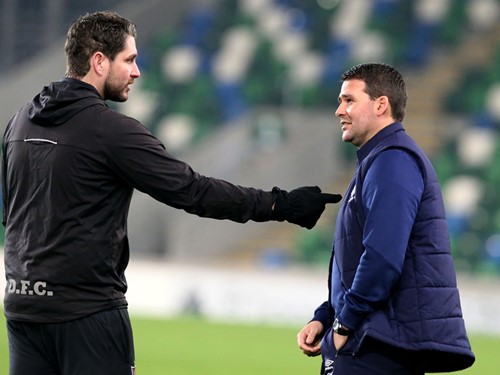 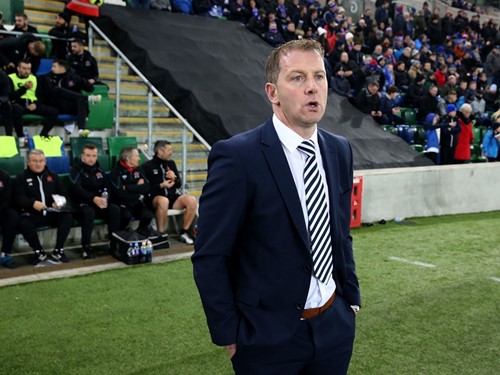 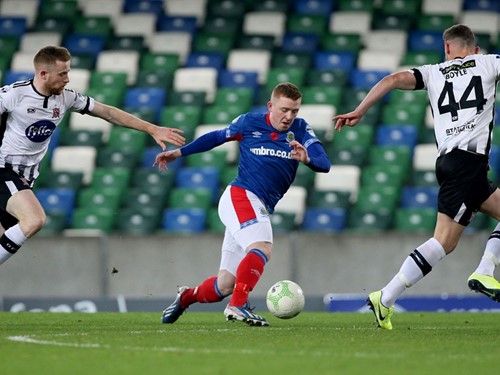 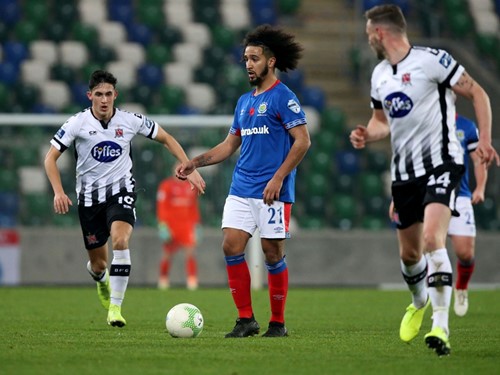 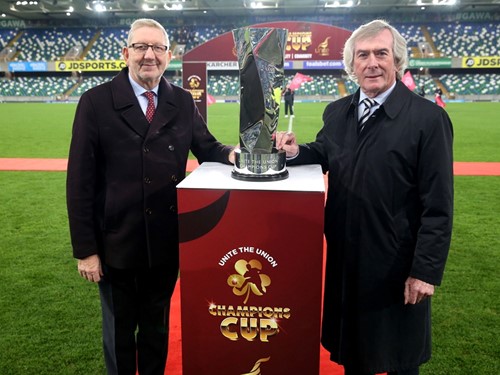 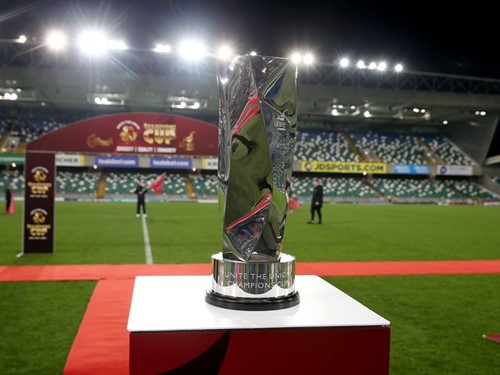