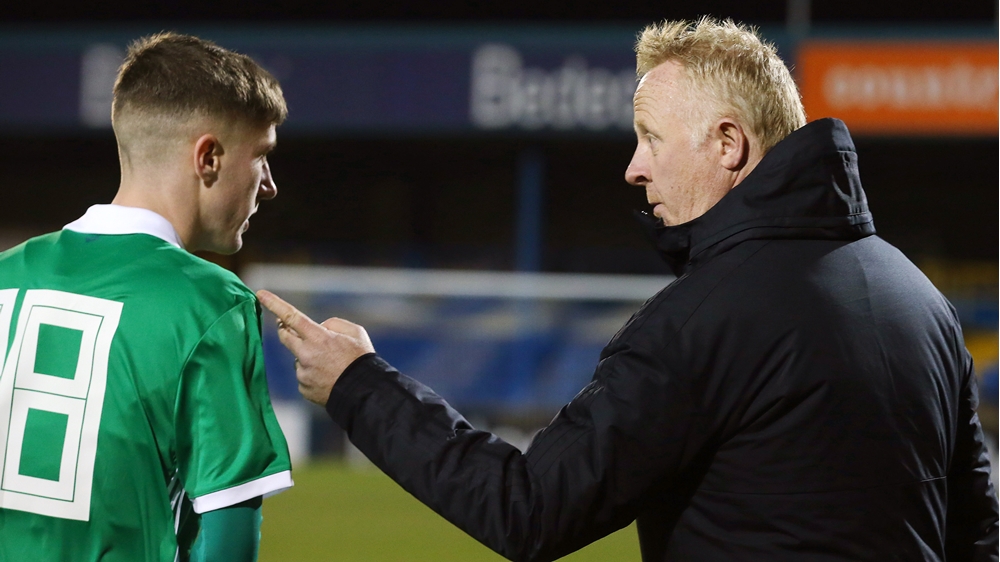 Northern Ireland will be aiming to bounce back from Tuesday’s 3-0 defeat to Norway when they return to action in the UEFA U19 Championship preparation tournament tomorrow.

Portugal, who lost 2-1 to Germany in Ballymena yesterday afternoon, are up next for Stephen Frail’s boys at Mourneview Park, Lurgan on Friday evening (7.30pm ko). 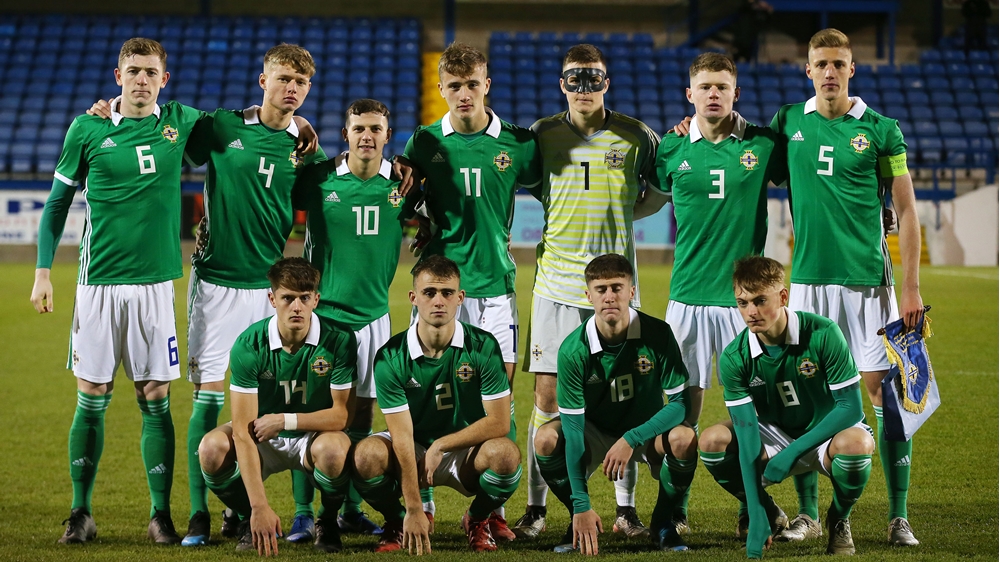 And the challenge gets even more daunting on Monday night when they go head-to-head with the Germans at the same venue (7.30pm).

Reflecting on their opening game defeat to the Norwegians, boss Frail told irishfa.com: “It was a really good first half in that everything we asked them to do and shape that we played to counteract the threat of the Norwegian team.

We know we’ll be up for a stiff challenge against Portugal and Germany and we know the level of opposition that we’re facing.

“They did very well and at half-time I think they changed and they pinned us back a bit but we had a chance to go 1-0 up and we don’t take it and then they go up the park and score.

“The second goal came from a little mistake in the middle of the pitch and it was a tremendous finish from the young lad in midfield. The third goal was a killer but for 60 or 70 minutes I thought there was nothing in it but as we keep saying: goals change games and we need to be more clinical.”

The preparation tournament is aimed at helping lay the foundation for next year’s UEFA U19 Championship and Frail stressed the importance of the upcoming two games in the lead-up to next summer.

“We know we’ll be up for a stiff challenge against Portugal and Germany and we know the level of opposition that we’re facing.

“We don’t want to come into the summer with a fantastic tournament in Northern Ireland and just be there to participate. We want to compete and we felt on Tuesday for 60 minutes against a really good Norwegian side that we did that. But it all comes down to what happens in both boxes and they were clinical.”