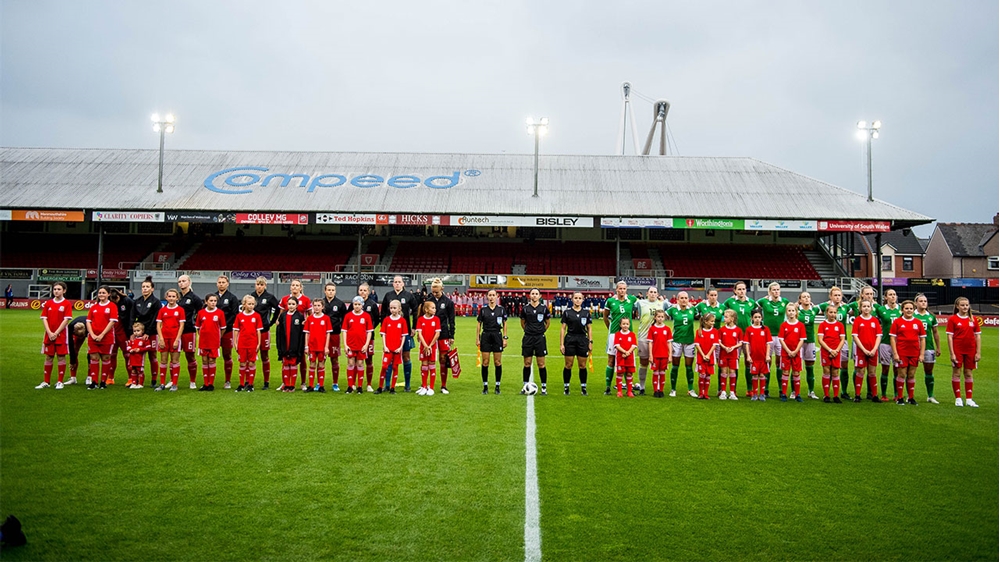 Northern Ireland are aiming to go one better when they take on Wales in their fourth UEFA Women's Euro 2021 Group C qualifier at Seaview.

It's been a tough start to the qualifying campaign for the Senior Women who have faced the first and second seeds in the group, Norway and Wales, home and away in the opening four games.

They've suffered two 6-0 defeats to Norway, a side ranked 12th in the world compared to Northern Ireland who are 56th, either side of a last minute draw thanks to Ashley Hutton's last minute equaliser in Wales.

That draw in Wales was a massive boost to the team with Kenny Shiels earning his first point since being appointed manager in May.

Their most recent game was a 6-0 defeat to Norway in Stavangar just four days ago but it's the 2-2 draw in Wales that will bring encouragement for the side as they look at the potential of finishing as high as second in the group.

Wales come into the game having also played three games so far and sit second in the group. A 6-0 win against the Faroe Islands and 1-0 success against Belarus came either side of the 2-2 draw at Rodney Parade in Newport.

Uncapped Manchester United defender Chloe Williams and Tottenham Hotspur Midfielder Anna Filbey have both withdrawn from the squad and been replaced by Ffion Llewellyn of Cardiff Met Women and Ella Powell of Lewes Women.

Striker Natasha Harding, who scored a hat-trick in their opening 6-0 win, misses out through injury but Captain Sophie Ingle of Chelsea Women returns to the squad having missed their last game against Belarus.

Join us for what should be an entertaining game at Seaview (KO 7:45pm) with free entry for Campaign Card Holders and tickets priced £5 for adults and £3 for concessions. All tickets are pay at the gate.