U21s | Honours even in Fermanagh between Northern Ireland and Hungary 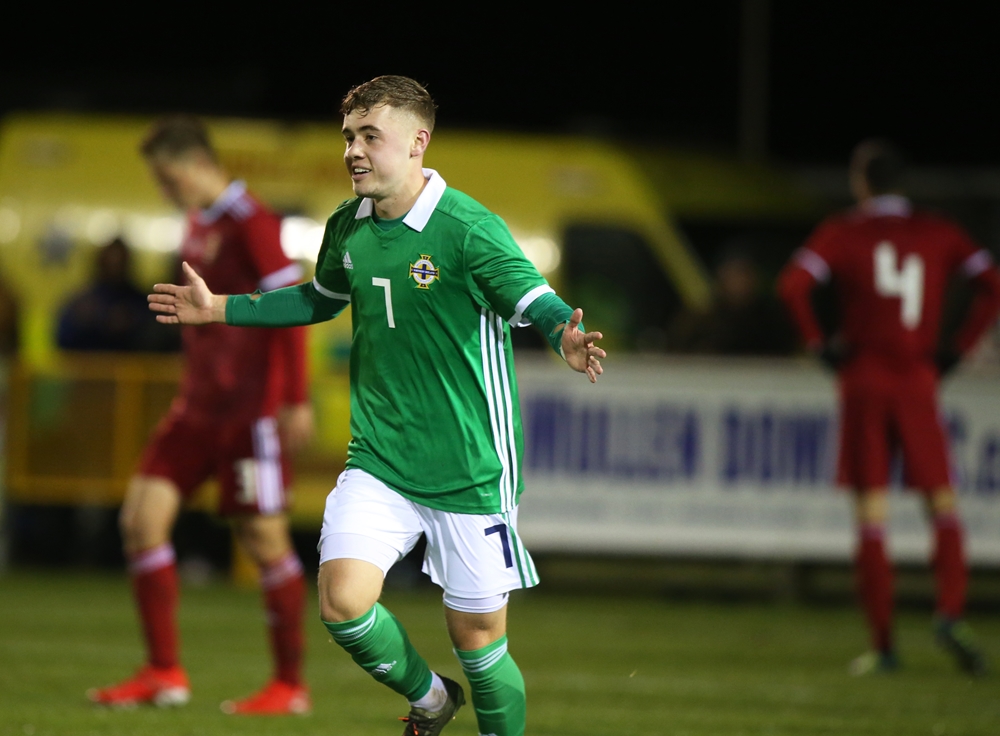 A superb strike from midfielder Alfie McCalmont lit up Ferney Park as Northern Ireland’s U21s drew against Hungary’s U21s in an international friendly this evening.

It was a game of few chances at the home of Ballinamallard United but substitute McCalmont’s sublime finish into the top corner gave the home fans something to cheer about.

The game ended 1-1 in what was the first time County Fermanagh had hosted a ‘senior level’ Northern Ireland international.

Northern Ireland U21s boss Ian Baraclough gave a handful of fringe players a chance from the start, however all 20 members of his squad got a run-out at some stage during the 90 minutes.

Regular midfielder Shea Gordon almost opened the scoring with a snapshot and he also had an effort saved by Hungarian keeper Zsombor Nagy during the first half.

Fellow midfielder Chris Gallagher also had a decent hit in the opening 45 minutes, although his effort drifted wide of the post.

Hungary, who are arranging friendlies across Europe as warm-ups before the U21 Euros in 2021, which they are co-hosting with Slovenia, missed a great opportunity when Bence Bano-Szabo and Bence Biro combined to send Mate Szabo clear but he blazed his shot over the bar.

The visitors took the lead, however, towards the end of the half following a scramble in the box. Northern Ireland keeper Liam Hughes produced a good save in the midst of the melee, however Adrian Szoke eventually forced the ball over the line.

Chances were few and far between in the second half. Both sides played neat football at times, however they failed to carve out opportunities.

Just as the game looked to be heading towards a victory for Hungary up stepped McCalmont. Substitute Harry Robinson was only on the pitch a matter of seconds when he fired in a shot which was pushed away by the Hungarian keeper. The rebound fell to McCalmont who shifted the ball from his right foot to his left foot and produced a sweet curler into the top corner from 20 yards. It was a peach of a goal and the highlight of the match.

Next stop for Baraclough’s boys is a U21 Euro 2021 qualifier against Romania U21s at Ballymena Showgrounds on Tuesday (19 November) when they will be aiming to get their qualification campaign back on track following away defeats to Denmark and the Romanians. 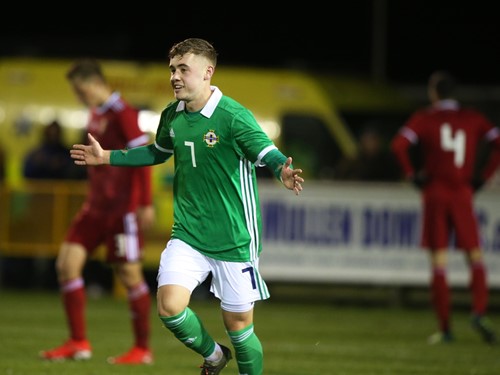 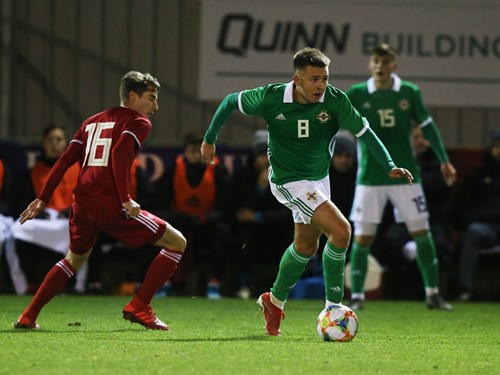 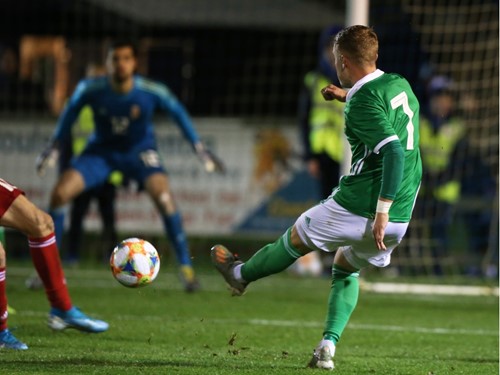 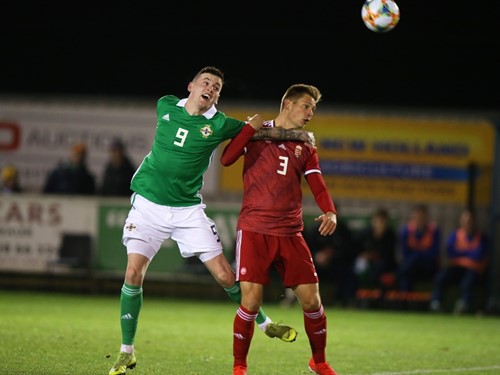 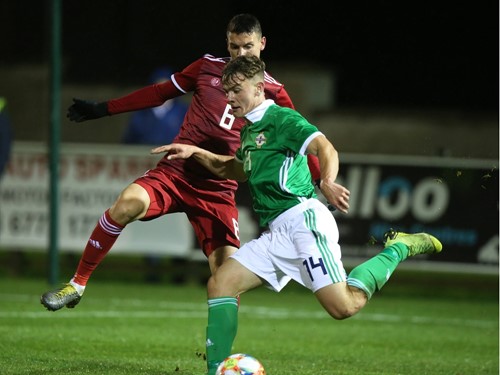 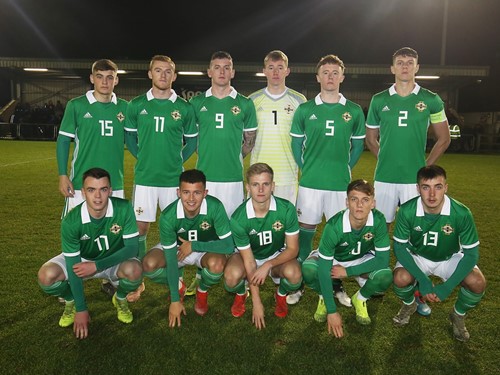 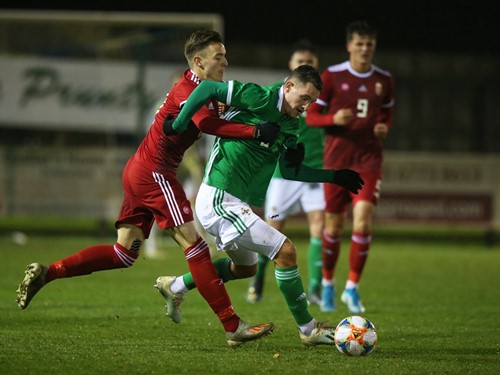 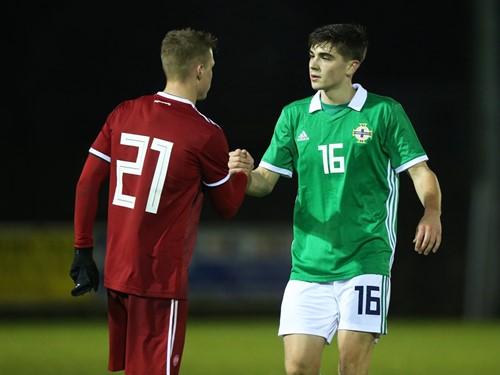 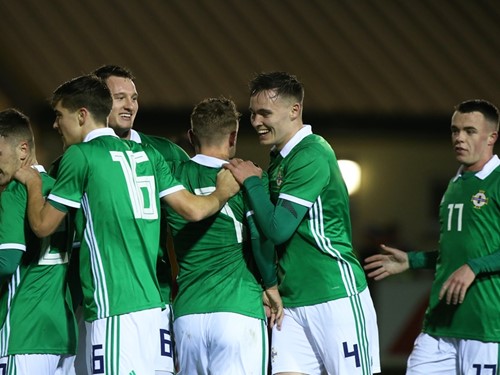