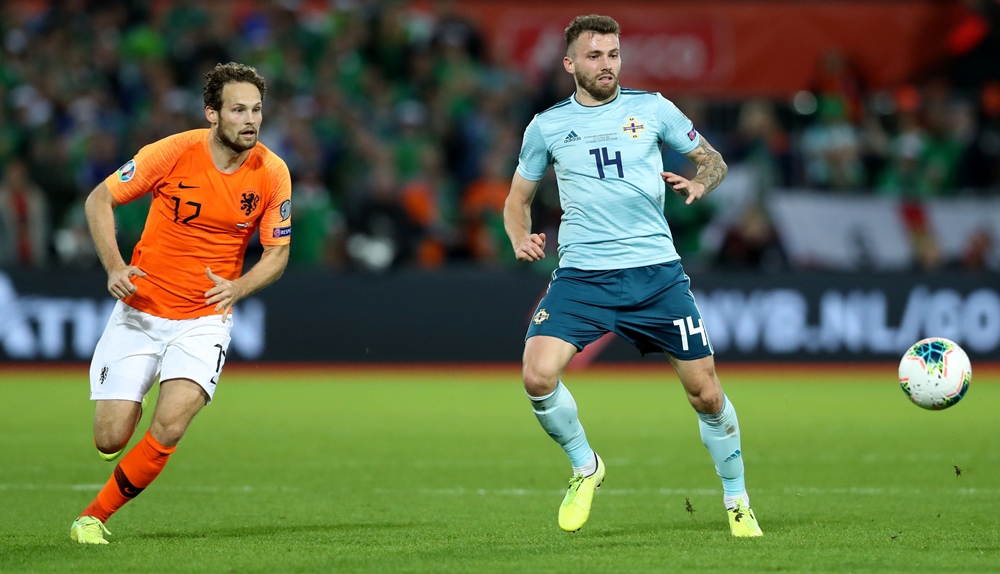 Northern Ireland welcome the Netherlands to the National Football Stadium at Windsor Park this evening in a huge UEFA Euro 2020 qualifier.

For Michael O’Neill’s men – already guaranteed a play-off place – it’s an opportunity to avenge the heartache of a 3-1 defeat in Rotterdam last month.

Having taken up the reins as Stoke City boss tonight is, potentially, O’Neill’s last game in Belfast in front of the GAWA faithful. The ideal scenario for him and his players in terms of a pursuit of automatic qualification is to keep a clean sheet and win by at least win by two clear goals against the Dutch. And then they’ll have to repeat that very feat all over again in Frankfurt against the Germans on Tuesday.

Writing in tonight’s match programme, O’Neill hailed the fans and called for them to again get behind the team as they go in pursuit of a big scalp in Belfast.

“It has been more than 40 years since the Dutch have played here, and that was the wonderful ‘total football’ team of Cruyff, Neeskens etc.

“Today’s Netherlands team are just as formidable and, as we all know, we will need to be on top form for the whole game to get a result.

“I know we have unfinished business and that the boys are fully focused on achieving this. And with your support I’m convinced we can do this.”

For the Dutch and their boss Ronald Koeman, a point tonight would be enough to see them qualify for next summer’s tournament.

We know it’s going to be a difficult test. The challenge is to try and impose ourselves a little bit more on the game like we did here against Germany. Obviously if we do get those chances we need to take them and try and get a foothold in the game

NI captain Davis will beat the record, currently held by David Beckham, for the most-capped international midfielder if he plays tonight.

Is the match on TV?

Yes, you can watch the game live on Sky Sport Main Event and Sky Sports Football from 19.15.

Got a ticket for tonight’s game? We’ve compiled our all-you-need-to-know 12th Man Guide. You can view it here 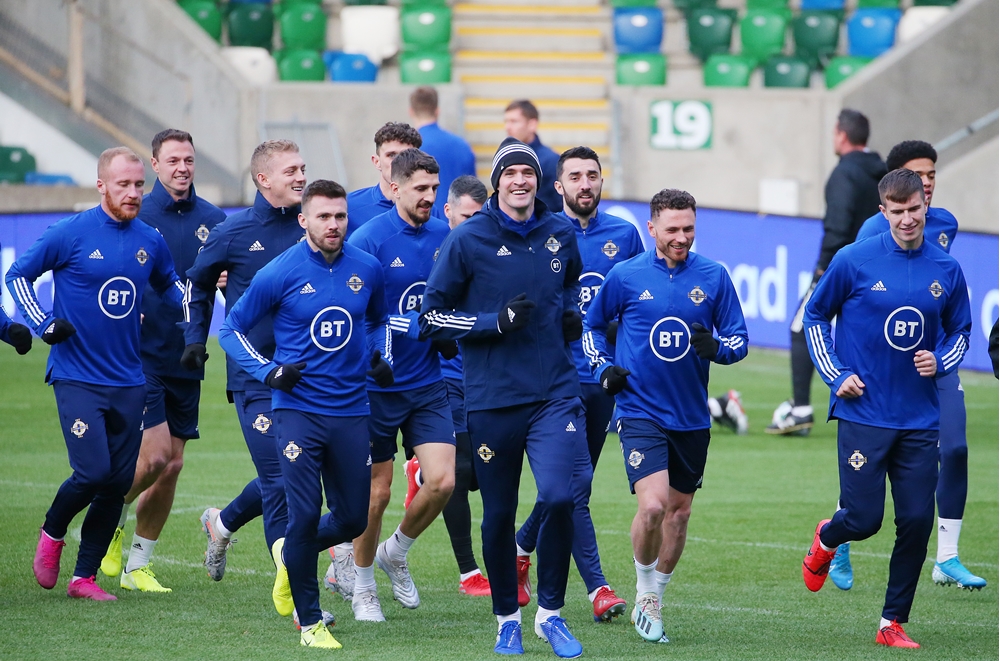