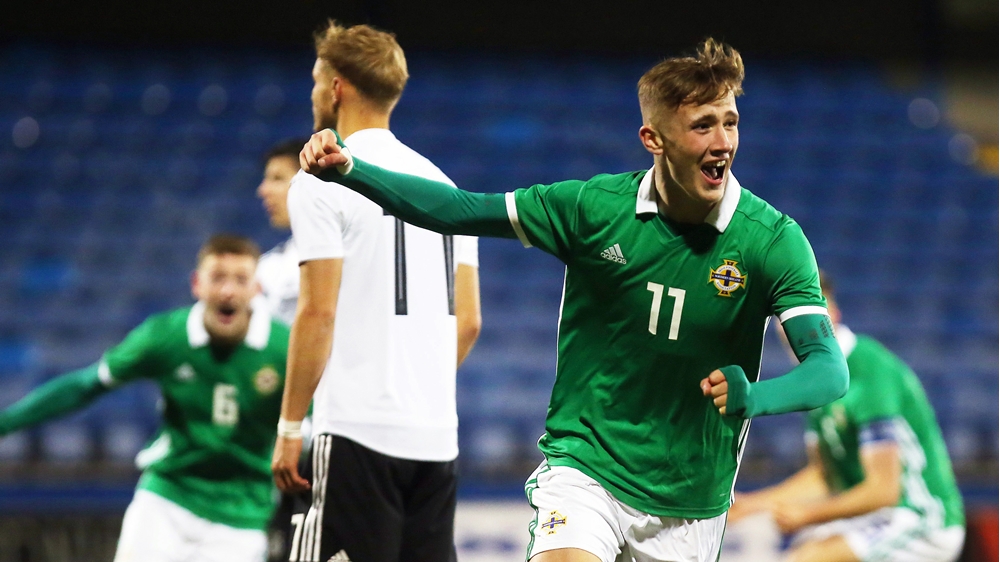 Northern Ireland secured a magnificent penalty shootout win over Germany in the final game of the UEFA Euro Under 19 Championship preparation tournament on Monday night.

Stephen Frail’s men forged ahead 10 minutes into the second session when Lewis McCann found the net with a fine right-footed strike after the Germans failed to clear from a Northern Ireland corner.

They held that advantage until the deep into additional time as the Germans landed a sucker-punch equaliser when Lenn Jastremski netted with 90+6 on the clock.

The match was decided on spot-kicks with Northern Ireland winning 5-4. Paddy Burns, Ben Wylie, Chris Conn, Trai Hume and substitute Darragh Burns converted for the hosts. Goalkeeper Dermot Meed was the hero after his save from Robert Voloder’s penalty proved decisive. 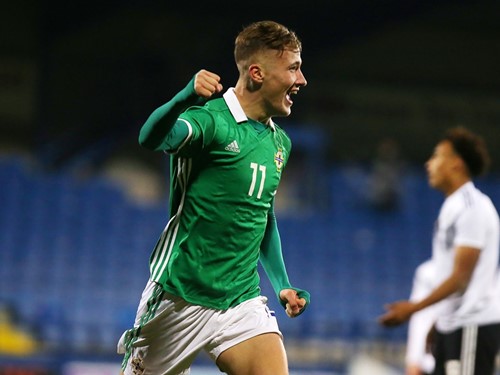 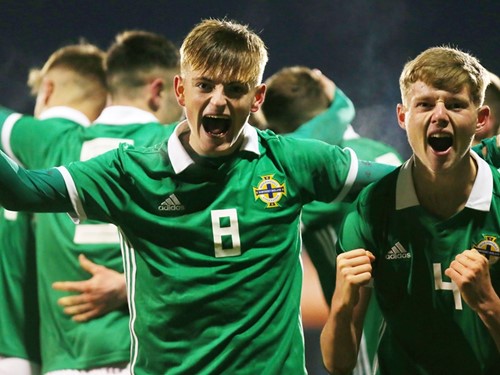 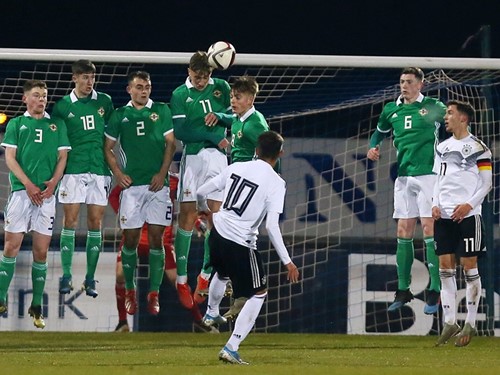 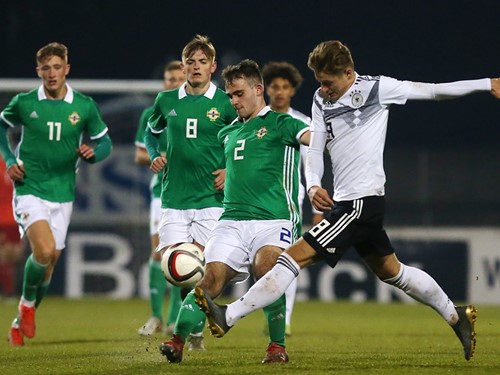 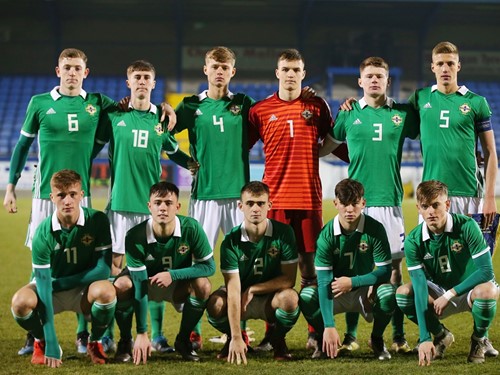 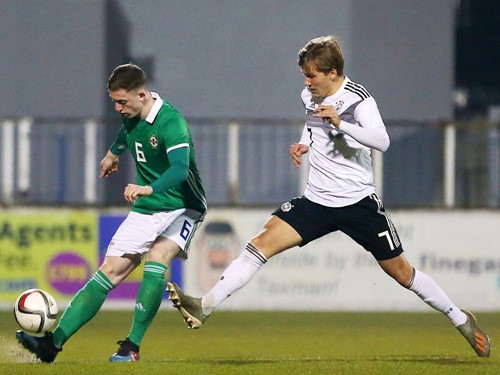 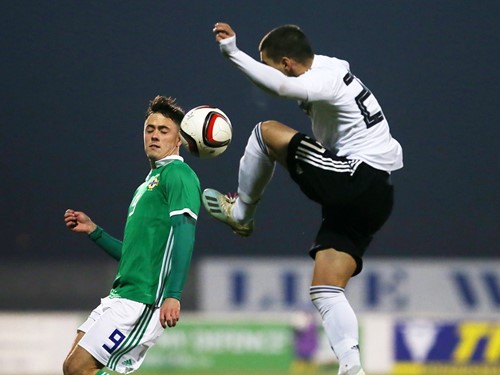