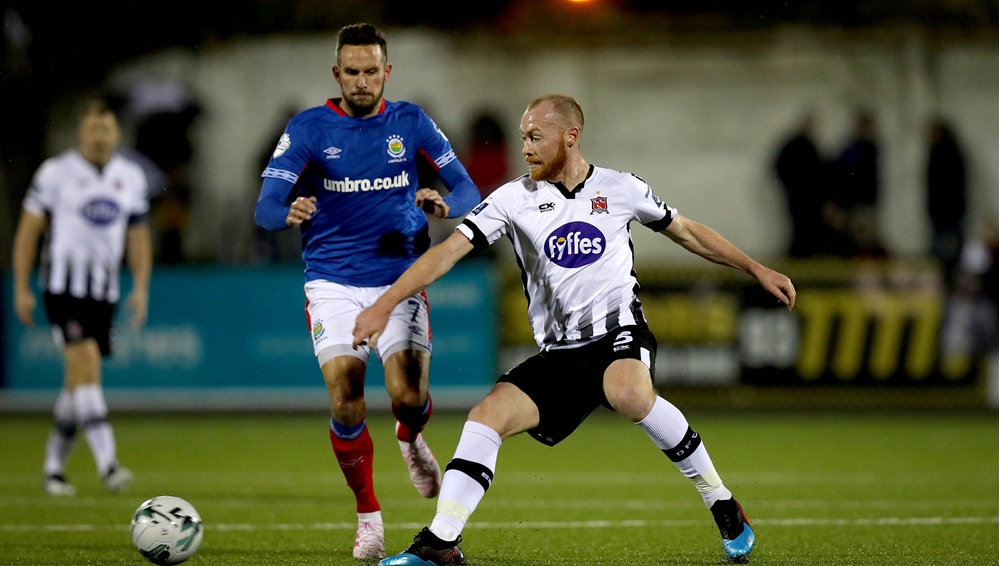 Dundalk are the inaugural champions of the Unite the Union Champions Cup following a comprehensive 6-0 win over Linfield at Oriel Park.

Form home boss Vinny Perth, it was the perfect way for his side to conclude their successful SSE Airtricity League season in what was a highly entertaining affair.

The hosts got off to a brilliant start and after some impressive attacking play they broke down the left through Michael Duffy. His cross found its way to the back post where Daniel Kelly mishit the initial shot but it broke kindly to Georgie Kelly who fired home from close range to open the scoring.

Linfield almost responded immediately with a free-kick from Chris Casement from twenty-five yards. It beat the wall but it was straight at Aaron McCarey who saved comfortably.

Dundalk doubled their lead when Duffy's corner swung into the right space and Gartland was on hand to nod home from close range. Michael Duffy almost added a third but his effort struck the foot of the post and went wide, much to the relief of Rohan Ferguson. Dundalk did add a third when Ferguson could only clear an initial attack to Duffy who put it into the path of Jamie McGrath to strike a brilliant right-foot shot that nestled in the bottom left-hand corner.

Robbie Benson added a fourth midway through the second half after he broke free of the Linfield defence before brilliantly chipping the ball over the onrushing Ferguson to seal the tie for Dundalk.

Dundalk continued to press forward and added a fifth when Georige Kelly got his second of the evening when he nodded Daniel Kelly’s cross past Ferguson to further the tally.

His replacement, Patrick Hoban, came off the bench to add a sixth when he jumped highest at a corner, heading the ball powerfully past Ferguson to conclude the scoring on the night.