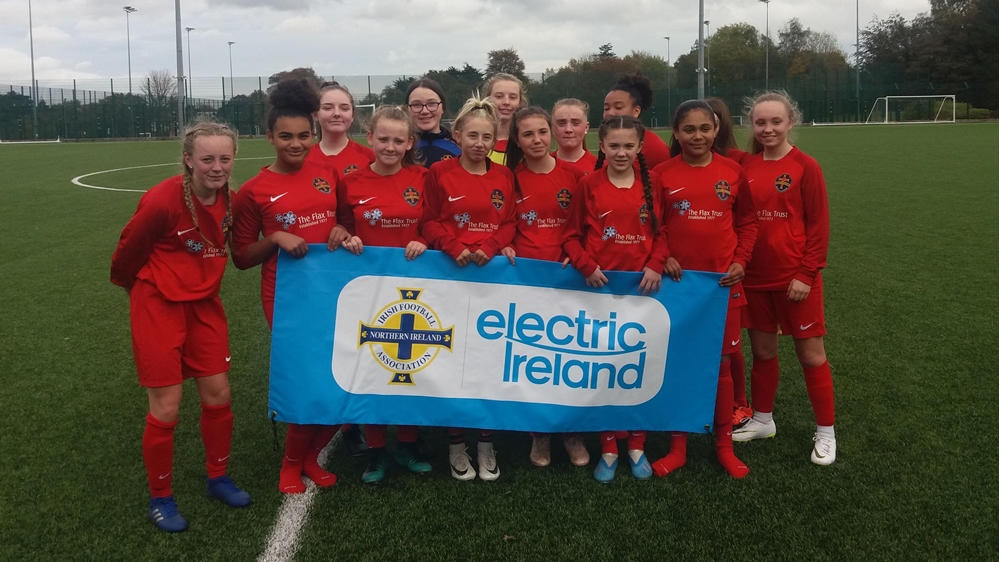 This season’s Electric Ireland Junior Schools’ Cup competition kicked off with a thriller between Assumption Grammar School and Mercy College.

Assumption took the lead in the opening minutes as Mercy were trying to get settled, striker Katie O’Neill grabbing the goal for the Ballynahinch school.

Mercy quickly stepped up their game, creating a flurry of chances, and eventually they equalised through Aisleen Marcus.

The north Belfast school’s quick passing and excellent movement meant Assumption had to dig deep to repel them.

However, just after the break, Assumption wilted under the pressure. This time it was Tegan Bean who found the back of the net for Mercy.

A miscommunication between the Mercy defence and goalkeeper led to Assumption’s equaliser. Bebhionn Rogan nipped in to score as the defence and keeper dithered, making it 2-2.

The game then went to extra time but neither side could carve out a winner.

A penalty shoot-out followed and it provided a gripping finale to a close encounter.

Both teams scored five penalties, which meant a sudden death shoot-out. Assumption missed their sixth spot kick and that allowed Mercy’s Katie Market to step up and slot in the winning penalty and send the Belfast school into the next round of the Electric Ireland Junior Schools’ Cup.