Main draw for Euro 2020 tournament is made in Bucharest 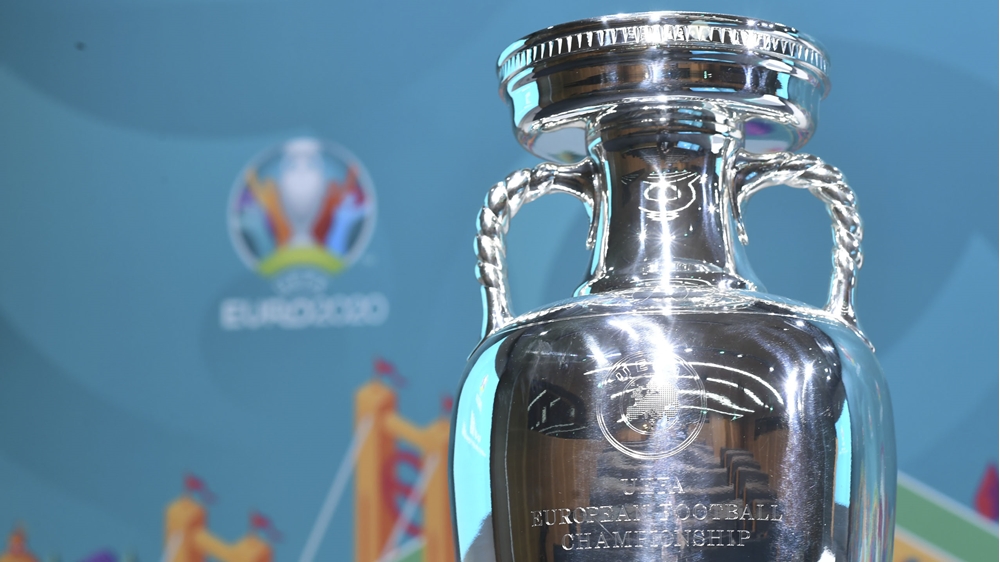 Northern Ireland will play Spain, Sweden and Poland in the group stage of Euro 2020 if they progress to the tournament via the play-offs.

The main draw for next summer’s European Championship finals was made earlier today in Bucharest.

The draw included the top-two finishers in 10 qualifying groups (completed earlier this month) and made provision for the eventual four play-off winners (decided in March 2020).

Northern Ireland – if they win two play-off matches in March – will be in Group E next summer and will play their first match against Poland in Dublin’s Aviva Stadium on 15 June.

Matchday two would see the boys in green and white take on Sweden, again at the Aviva, on 19 June.

And their final group game would be on 24 June against Spain in the San Mames Stadium in Bilbao.

Earlier this month Northern Ireland were drawn to meet Bosnia and Herzegovina away in their first match in the Path B play-off route. The game will be played on Thursday 26 March.

And they will play at home to the winners of the other Path B semi-final, which pairs Slovakia and Republic of Ireland, if they defeat the Bosnians. The Path B final will be staged on Tuesday 31 March next year.

The winner of the Path B final will secure a place in Group E at the 2020 European Championship finals, which run from 12 June to 12 July.