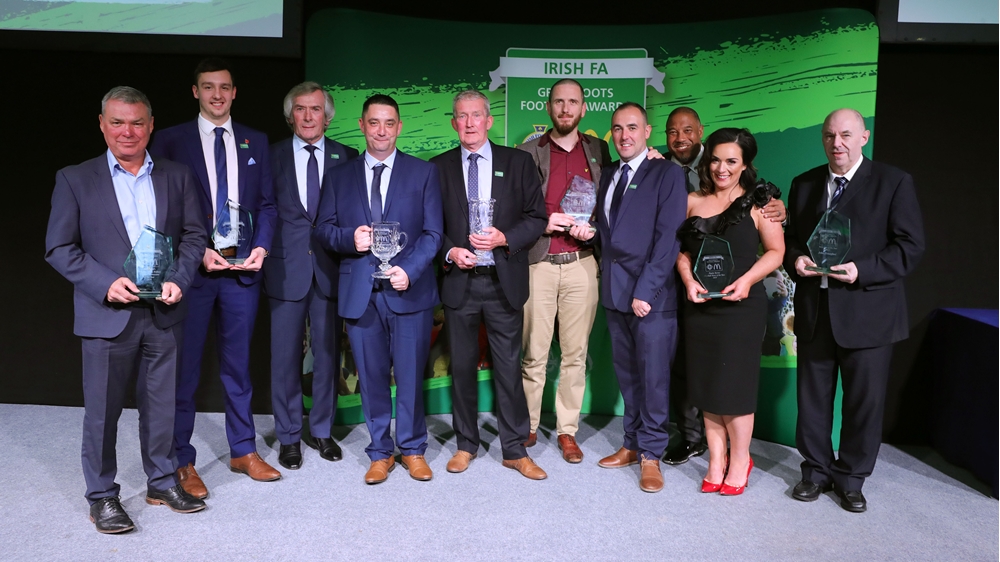 The 2019 McDonald’s Irish FA Grassroots awards, which recognise the huge contribution of clubs, coaches and volunteers across Northern Ireland, were held in Belfast last night.

More than 200 guests gathered at City Hall to celebrate the highest ever number of nominations across the various categories.

Now in their 18th year, the awards recognise the huge contribution of clubs, coaches and volunteers in making grassroots football such a success throughout Northern Ireland.

Click on the image above to watch our video from event.