McGuinness: "It feels unreal and now I want to push on." 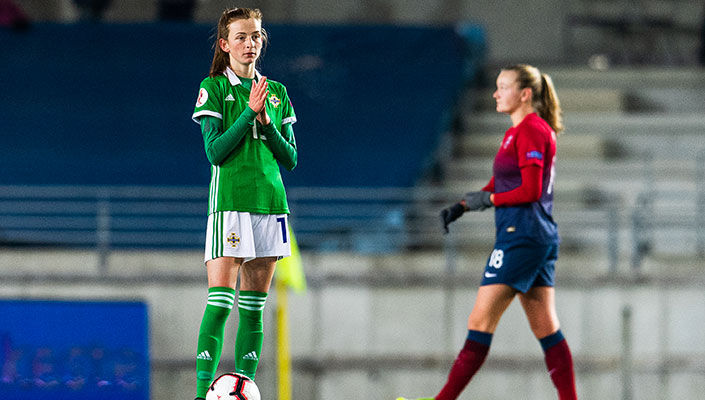 Northern Ireland attacker Caitlin McGuinness had a night to remember as she led the line and made her senior competitive debut in the UEFA Women's Euro 2021 qualifier against Norway.

The 17 year old Linfield Ladies attacker replaced Simone Magill from the side that drew 2-2 with Wales in September and now has two caps to her name.

The game ended in a 6-0 defeat for the Senior Women in their Group C encounter but it is still a special moment for the attacker, she said: "It's unreal, I just want to now push on and get more. Whilst i was warming up I saw all the people and hadn't played in a stadium this full.

"I was nervous but the girls came together and told me there was nothing to be nervous about so it made me excited to play. I have been in the seniors before, everyone is lovely and we're all one big family."

To see more from Caitlin's night in Stavanger and to hear more from the attacker, watch the video above.