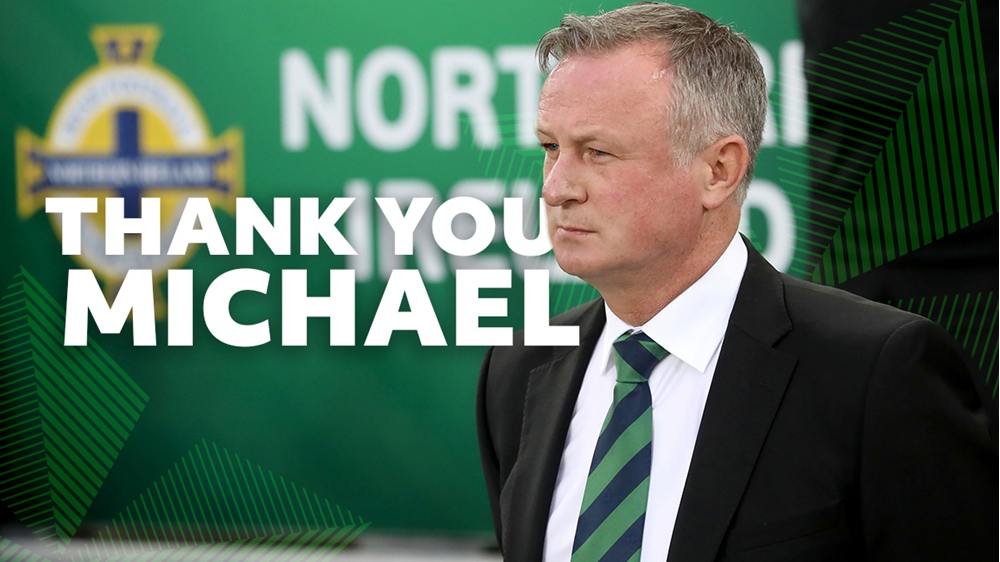 The Irish Football Association can confirm Michael O’Neill is leaving his role as manager of the Northern Ireland senior men’s international team and Chief Football Officer at the association.

Michael will join Stoke City as manager with immediate effect, however the club and the Irish FA have agreed that he will remain in charge of the Northern Ireland senior men’s team for the remaining two matches in UEFA Euro 2020 Qualifying Group C and any Euro 2020 play-off matches in March 2020.

The Irish FA was first approached by the EFL Championship club on Wednesday night (6 November). They asked for permission to speak to Michael about their vacant manager’s position and subsequently met compensation requirements in his contract which enabled them to enter talks.

Irish FA Chief Executive Patrick Nelson said: “We reluctantly agreed to allow Stoke to talk to Michael after they met the compensation requirements. Michael has now agreed terms with the EFL Championship club.

“Naturally, we are extremely disappointed that Michael is leaving us, however we are delighted all parties have agreed Michael will be in charge of the Northern Ireland team for the games against Netherlands and Germany and potential Euro 2020 play-off matches next March.

“Everyone in the GAWA family is grateful for Michael’s inspirational contribution over the past eight years. After a difficult start to his managerial reign with Northern Ireland he honed an excellent squad and took us to the Round of 16 at Euro 2016, our first major tournament in 30 years. And, of course, he also took us to a play-off for World Cup Russia 2018 and the team have performed extremely well during the Euro 2020 qualification campaign.

“He has instilled incredible belief among our players and inspired countless young people to play football and aspire to play for Northern Ireland. He has also given our wonderful fans plenty to cheer about in recent years.”