Davis comes out on top against Austin MacPhee's Hearts. 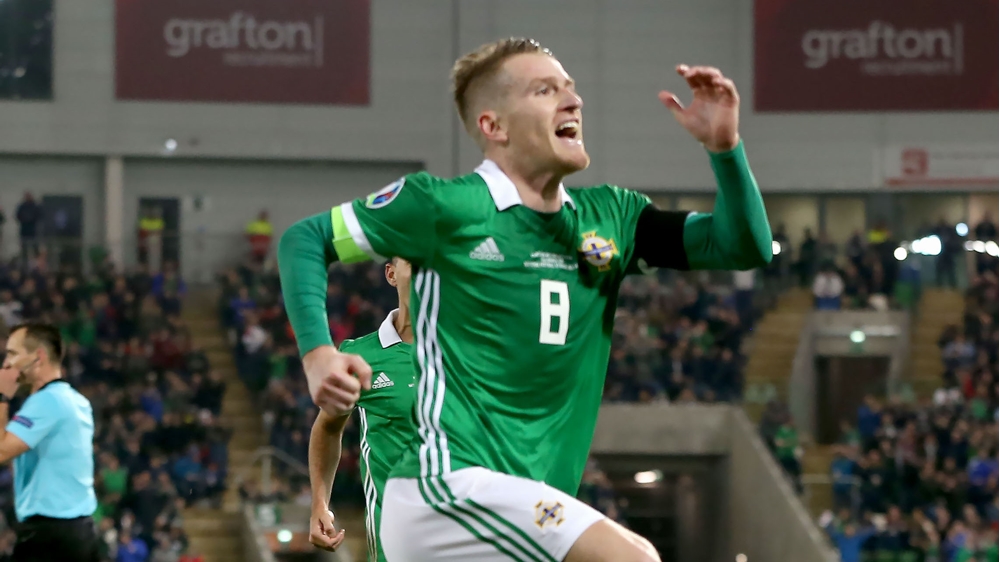 The 34-year-old, who was again in majestic form for Steven Gerrard’s side, helped set up a mouth-watering contest against Neil Lennon’s Celtic at Hampden Park on 2nd December.

“We’re delighted to be in the final,” declared Davis, who won the competition three times during his previous spell with the club. “Ultimately, we haven’t achieved anything yet but it’s a step in the right direction and it’s an occasion we’ll certainly look forward to.

“There’s going to be a lot of pressure on the day and it’s ultimately which group of players can deal with it best and still perform.

“It’ll be a tough day,” added the former Southampton man, “but we’re hopeful we can come out on the right side of it.”

However, Davis’ international team-mate and Hearts defender Michael Smith, who was substituted shortly after half-time through injury, attaches no blame for Sunday’s semi-final defeat at the door of caretaker boss Austin MacPhee.

Smith said: “Yes, Austin is a really thorough man, we came here with a game plan but it’s down to the players to execute that game plan

“But we never did that and it is just so disappointing.”

Meanwhile, in England, midfielder George Saville was red-carded as Middlesbrough made it six league outings without a win as they lost 2-0 at Derby County at the weekend.

Saville was dismissed on 32 minutes for a late challenge on Derby’s Krystian Bielik, though Boro team-mate Jonny Howson believes he was unlucky to receive such a harsh punishment.

“It is one of them situations, he went for the ball and sometimes in 50/50s like that, them things can happen,” said Howson. “He went in fully committed and for me there’s nothing wrong with that.

“He’s a good honest lad is Sav but these things happen in football and at this moment of time the little things are going against us.”

On the goalscoring front, former under-21 international Callum Camps was again on the scoresheet as Rochdale lost 2-1 at home to Bristol Rovers in League One, while Billy Mckay ended his three-month drought with a goal in Ross County’s 1-1 draw at Hamilton Academicals.

Midfielder Ben Reeves scored his first of the season in what was his first start of the campaign as MK Dons suffered a 3-1 home defeat to Tranmere Rovers.

On the injury front, Craig Cathcart lasted only 20 minutes of Watford’s 2-1 Premier League home reverse to Chelsea after he had to leave the pitch suffering from a back spasm.

Winger Gavin Whyte was absent from Cardiff City’s line-up on Saturday with a tight hamstring, while Jordan Thompson was left-out of Blackpool’s team that beat high-flying Peterborough United because of a knee injury.

“He got a knock on Tuesday in training,” revealed Blackpool manager Simon Grayson. “He tried to train on Friday and he was probably about 85 per cent fit, but we just decided to leave it.”

Finally, there were assists for Kyle Lafferty who set up Sarpsborg 08’s second goal in the 3-2 victory over Tromso  and on-loan winger Rory Holden of Walsall.