Shiels’ side produce sterling display against Welsh in Euro 2021 qualifier 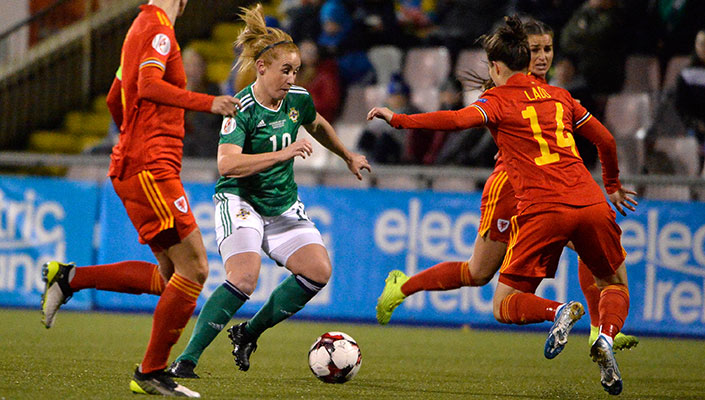 Northern Ireland produced a solid display against Wales in their Women’s Euro 2021 qualifier in Belfast this evening.

Some sterling defensive work, a couple of great saves from keeper Becky Flaherty and some positive attacking play saw the girls in green and white deservedly seal a point with a 0-0 draw in the Qualifying Group C clash at Seaview Stadium.

Kenny Shiels’ side produced the first attack of the game in front of 1177 spectators. In the first minute Lauren Wade sped down the left and produced a perfect cross for the onrushing Simone Magill whose header was smartly pushed away by Wales keeper Laura O’Sullivan.

There was a delay to the game while Northern Ireland keeper Flaherty, making her home debut, received treatment for a nose injury following a collision with Welsh forward Kayleigh Green.

When the teams returned to action Rowe headed over the top as Flaherty challenged her in the air and minutes later Welsh striker Angharad James curled an effort wide.

In the 29th minute Furness dragged a shot wide and then Rowe’s snapshot was easily collected by Flaherty.

Demi Vance produced a couple of fine deliveries towards the end of the half but they were cleared by the Welsh defence.

Rowe went on a penetrating run for the Welsh not long after the restart, however Northern Ireland central defender Julie Nelson produced a solid tackle to snuff out the threat.

Clever combination play between striker Magill and Megan Bell saw the midfielder race towards goal but the Welsh keeper and a defender combined to thwart her.

In the 66th minute Wales were almost gifted a goal. A mix-up in the home defence saw the ball fall to Rowe but her effort from distance drifted over the bar. And minutes later Welsh captain Sophie Ingle drilled a shot over the bar before Flaherty produced a superb save from a low James drive.

In the 81st minute Wade ghosted into the Welsh box and chipped the ball over O’Sullivan, however the keeper managed to get her fingertips to the ball and pushed it out.

The Northern Ireland back four continued to defend resolutely as the Welsh pushed forward, however another slip-up let Rowe in but Flaherty was equal to her effort. And right at the end player of the match Flaherty saved yet another Welsh effort. 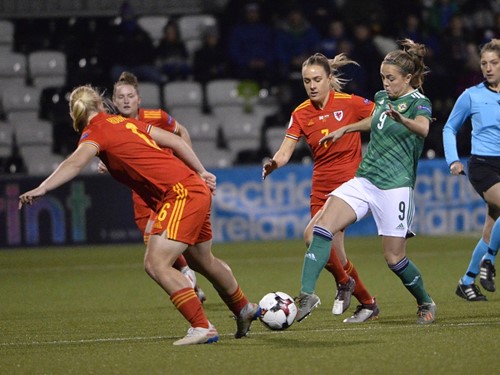 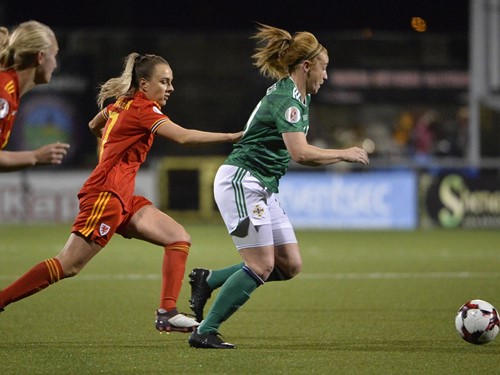 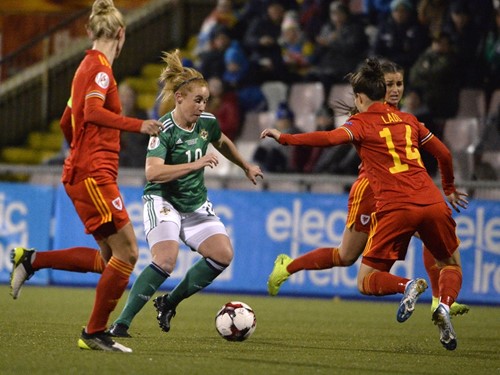 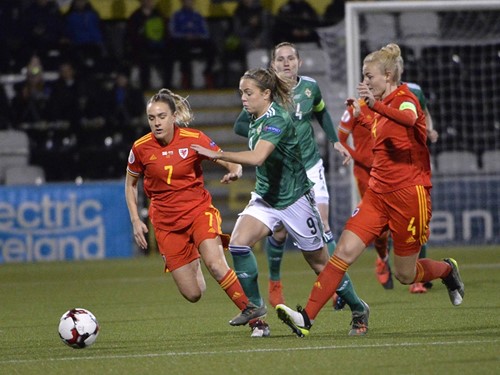 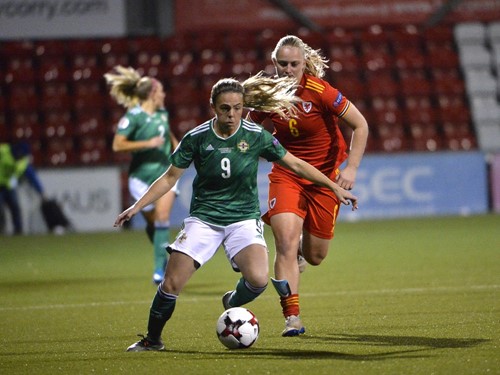 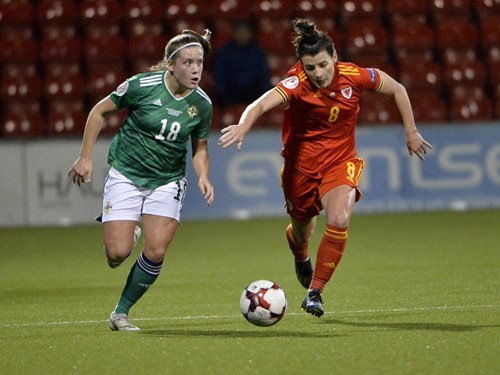 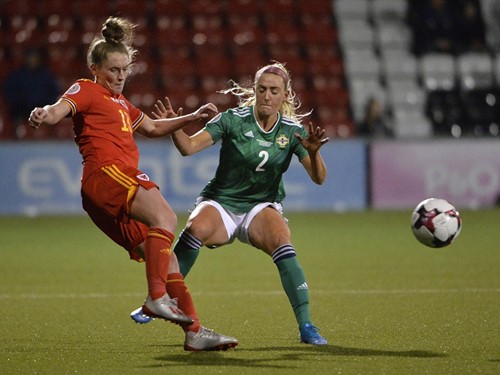