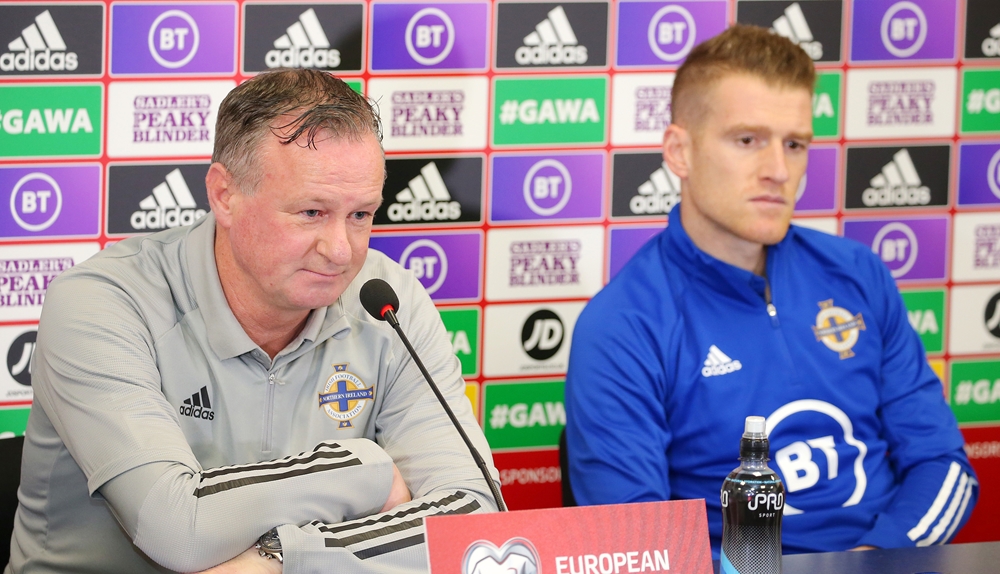 We caught up with Northern Ireland manager Michael O'Neill and skipper Steven Davis ahead of tonight's UEFA Euro 2020 qualifier against the Netherlands.

The game, which could be O'Neill's last home game in charge of Northern Ireland, kicks off at 7.45pm tonight and will be screened live on Sky Sports Football and Main Event.

After eight years in charge, O'Neill, who was appointed as Stoke City boss last week, will stay on with Northern Ireland to the conclusion of this qualifying campaign, including the play-offs.

"I don’t really think you can put into words. He’s done so much for football in this country and there are a lot of things you don’t see that have gone on behind the scenes to try and improve the structure of grassroots football.

"The belief that we’ve got now as a group that we can go and compete to go major tournaments is huge and I’ve always had a really close relationship with Michael and we bounce a lot of ideas off each other. He’s been huge and I can’t speak highly enough of him."

O'Neill on his time as NI manager

"I hope people will judge the tenure that I’ve had over the eight years and hopefully we see that Northern Ireland is in a better place. There has been good loyalty from the association.  A lot of loyalty and support has put us in a place now where the team can continue to grow and get stronger."

"We know it’s going to be a difficult test. The challenge is to try and impose ourselves a little bit more on the game like we did here against Germany. Obviously if we do get those chances we need to take them and try and get a foothold in the game."

O'Neill on facing the Dutch

"The belief in the group is strong. They know they’ve got a very difficult task … but they are going to do everything possible to make sure that when we go to Frankfurt on Tuesday that we’ve got something to play for."