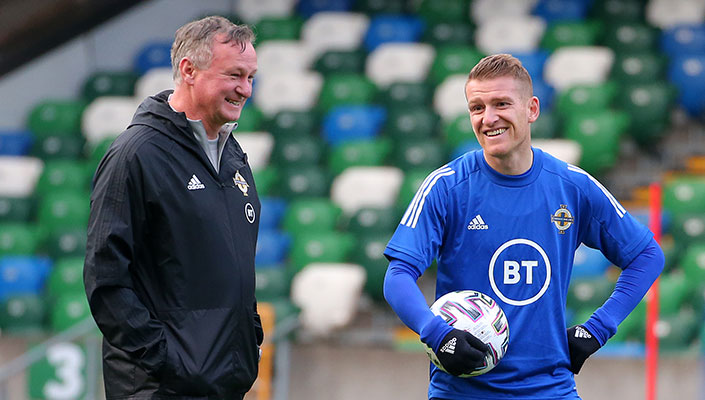 Manager Michael O'Neill hopes people see Northern Ireland are in a better place with the next few days deciding their UEFA Euro 2020 fate.

Two wins against Holland and Germany are required for an outside chance at second place in the group with the playoffs in March looking an almost certainty.

O'Neill shared on his time as boss with the Holland qualifier potentially being his final home game in charge and the belief within the squad that he thinks will take them forward.

Captain Steven Davis spoke on his relationship with the boss and how they want to approach the last home Group C fixture against the Netherlands.

Watch the full video above.