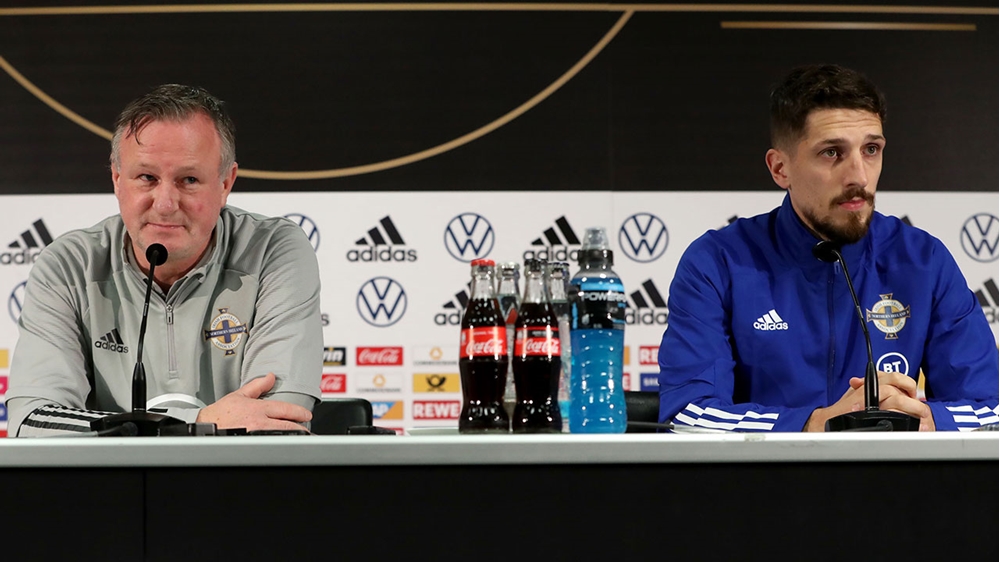 Manager Michael O'Neill wants a performance which they can be proud of as Northern Ireland play their final UEFA Euro 2020 Group C qualifier.

It'll be a tough test against the current leaders of the group and will be the fifth time the two countries have met in recent years.

If selected, both Craig Cathcart and Josh Magennis will make their 50th appearance for Northern Ireland with Cathcart reflecting on his debut at left back against Slovenia where he assisted the winner for Corry Evans.

Hear from both manager and Cathcart in the video above as the team held their final training session at the Commerzbank Arena.