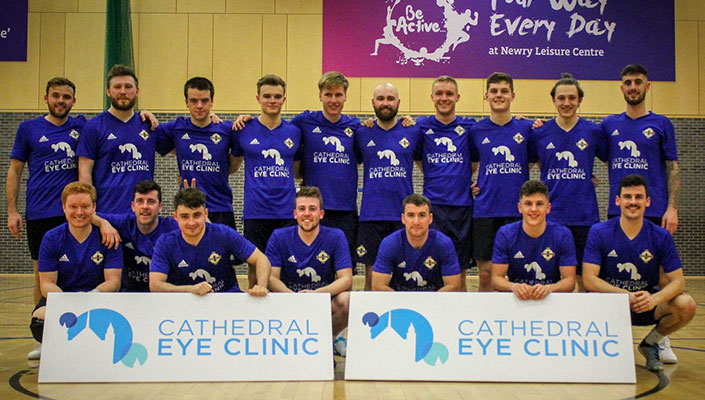 Northern Ireland first face Wales at 5pm followed by the hosts England on the Saturday at 4pm and finish off against Scotland with kick off at 1pm.

Speaking about the Championship, Michael said: “The players and backroom staff are excited about being involved in another Home Nations Championship this year.  We are continuing to make great strides in our futsal journey and believe we are as competitive as we have ever been.”

The Head Coach added: "This Home Nations Championship weekend is a fantastic opportunity for people to engage with the game of Futsal and witness exciting International matches.

"I hope that we can get some of the GAWA to St. George’s Park to get behind the boys and help them raise their performance.  For those that can’t make the journey the games can be access via the BBC Red Button and the BBC Sport website.”