Co Down school victorious in mixed tournament for Year 9 teams 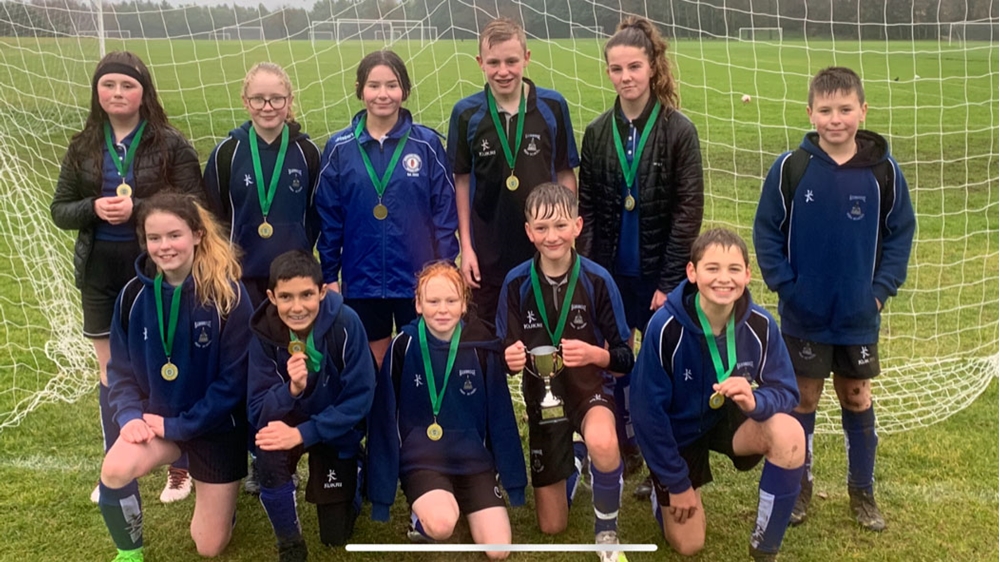 Among the participants in 2019 were last year’s winners Boys’ and Girls’ Model (Belfast) along with De La Salle and St Genevieve’s (Belfast) and Bangor Grammar and St Louise’s.

More than 360 pupils, playing in 24 mixed teams, took part in this year’s tournament at rain-swept Mallusk. Initially there was a group stage with the winners of each six-team group advancing to the semi-finals.

Dunclug College (Ballymena) were the first to advance out of the group stages, winning four and drawing one of their five games. The combined De La Salle/St Genevieve’s team also advanced to the semi-finals along with Co Down schools Dundonald High School and Banbridge High.

In what were two very competitive semi-finals Banbridge overcame Dundonald and a last minute goal was enough for De La Salle/St Genevieve’s to ease past Dunclug 1-0.

The final proved too close to call. Both sides looked dangerous and created opportunities, but both were unable to convert their chances, so it went to a penalty shoot-out. De La Salle/St Genevieve’s missed their first two and Banbridge converted their spot kicks to win the trophy.