BBC to livestream Irish Cup quarter-final between Reds and Bannsiders 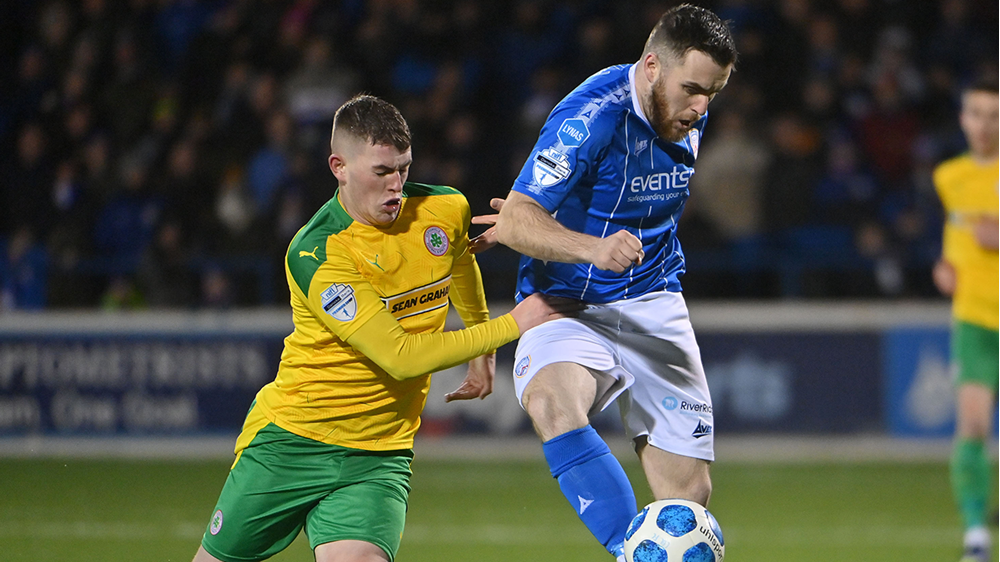 BBC Sport NI will be streaming the Samuel Gelston’s Whiskey Irish Cup quarter-final between Cliftonville and Coleraine early next month.

Cliftonville are set to welcome Coleraine to Solitude on Friday 4 March in what is a repeat of the 2018 Irish Cup decider, in which the Bannsiders triumphed.

Both sides enjoyed wins over fellow NIFL Danske Bank Premiership opposition in the second round of this season’s competition. Coleraine defeated Portadown 2-0 and the Reds beat Carrick Rangers 1-0 at Taylor’s Avenue.

The tie between Cliftonville and Coleraine is set to be streamed live on BBC iPlayer and the BBC Sport NI website. It’s scheduled to kick off at 7.45pm on 4 March.

The other ties in the last eight will be staged the following day. They will include Ballymena United or Portstewart (at home) v Larne. The original R2 match between Ballymena and the NIFL Premier Intermediate team was postponed due to a waterlogged pitch at Ballymena Showgrounds. It has now been rescheduled for next Tuesday (15 February).

The two other QF ties will see Crusaders hosting Dungannon Swifts and Glentoran tackling the only Championship side in the quarters, current league leaders Newry City. 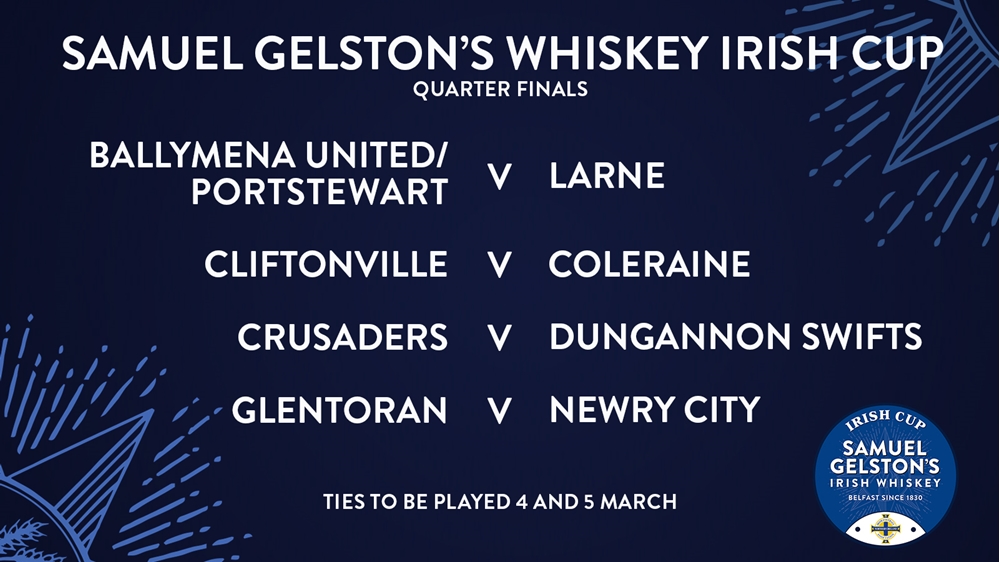