Washington makes it two in two for Charlton

Striker Conor Washington scored for the second successive game as Charlton Athletic recorded a third straight win with a 3-2 success over AFC Wimbledon at the Valley at the weekend.

The 29-year-old frontman now has nine goals to his credit this season and Addicks boss Johnnie Jackson admitted preparation was the key to Saturday’s victory.

“We really felt that Conor’s movement down the sides and balls in between or balls down the side would really cause them problems,” Jackson told the club website.

“Conor scored a similar goal against Wimbledon last year here and we worked on that.”

Also finding the net in League One was Corry Evans who scored a consolation goal for Sunderland in the Black Cats shock 2-1 home defeat to bottom-of-the-table Doncaster Rovers.

Defender Carl Winchester, who was also in the starting XI, apologised to Sunderland fans after the game following a run that has seen them win just one of their last six league fixtures.

“It just wasn’t there, and we’re sorry that we let everyone down,” said the Belfast-born right-back. “On Saturday the crowd was unbelievable, 38,000, fair play to them, they’ve worked hard all week to come here and it's up to us to put a performance on.” 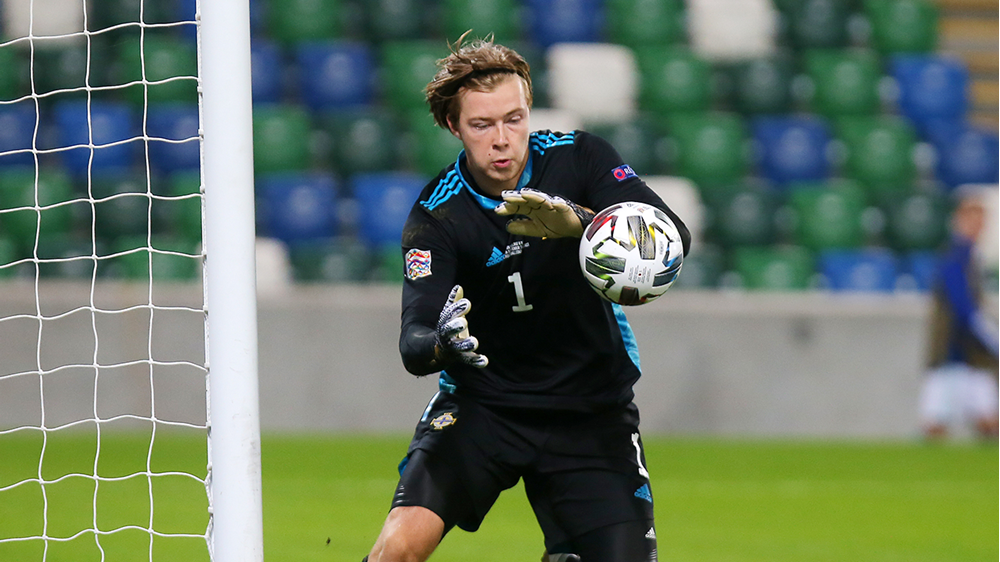 Elsewhere in the division 'keeper Bailey Peacock-Farrell kept a third successive clean sheet, and a 12th overall this term, as Sheffield Wednesday moved to within three points of a play-off place with a 2-0 victory at Burton Albion.

On-loan defender Ciaron Brown made his debut for in-form Oxford United who came from behind to chalk up a 3-2 home win over Portsmouth; 21-year-old Oisin Smyth, who joined the U’s from Dungannon Swifts last week, was an unused substitute.

In the fourth round of the FA Cup there was a sweet return to Old Trafford for Paddy McNair as Middlesbrough dumped the Premier League outfit out of the competition following a dramatic penalty shoot win.

Michael McGovern, who was playing his first game since December 2020, helped Norwich City to a single goal victory at Wolves.

Meanwhile Michael O’Neill’s Stoke City, who had Jordan Thompson starting, defeated Josh Magennis’ Wigan Athletic on Saturday to set up a fifth round tie away to Crystal Palace.

Striker Chris Conn-Clarke made his debut in Altrincham’s 2-2 draw at home to Woking in the National League. The former Burnley youth is on a month’s loan at the Robins from League One Fleetwood Town. 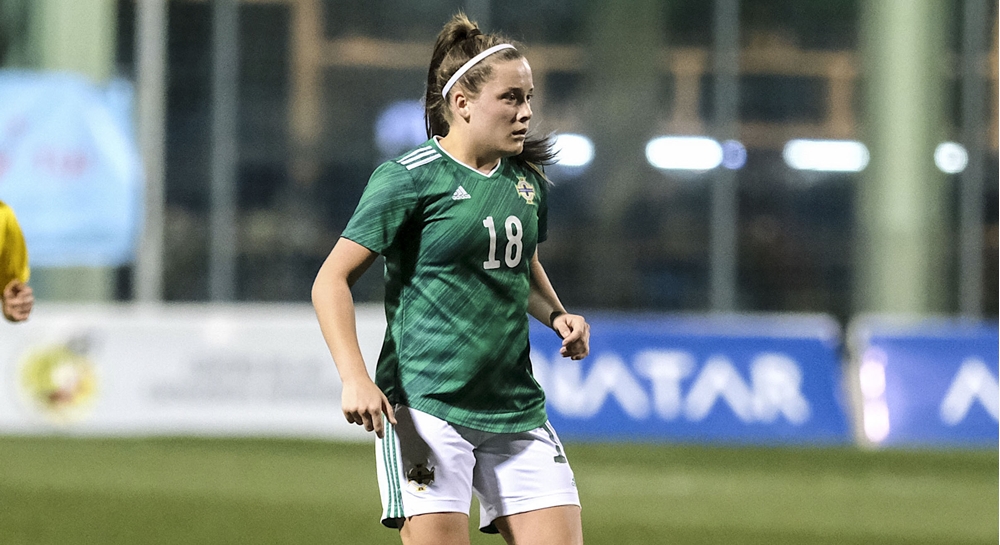 In Scotland, Megan Bell, who was making her first start this term, together with Demi Vance helped Rangers claim top spot from Kerry Beattie’s Glasgow City on Sunday following their 3-1 home success in the SWPL.

"Starting at the weekend in such a big game was like the light at the end of a really tough 18 months for me," Megan told Irishfa.com. "It was a great feeling. I feel fit but match fitness will come with game time so my aim is to keep fit and keep getting minutes under my belt."

Rachel Furness was in the Liverpool team which maintained their nine-point advantage at the top  of the Women’s Championship in England with a straightforward 3-0 success over basement outfit Coventry United.

Eighteen-year-old Charlie Allen hit a spectacular free-kick as Leeds United’s youth team suffered an 8-3 defeat at home to Manchester City in the U18 Premier League, while under-19 international Ciaran McGuckin took his tally for the season to 16 following Rotherham United U18’s win at Mansfield Town in the Youth Alliance League.