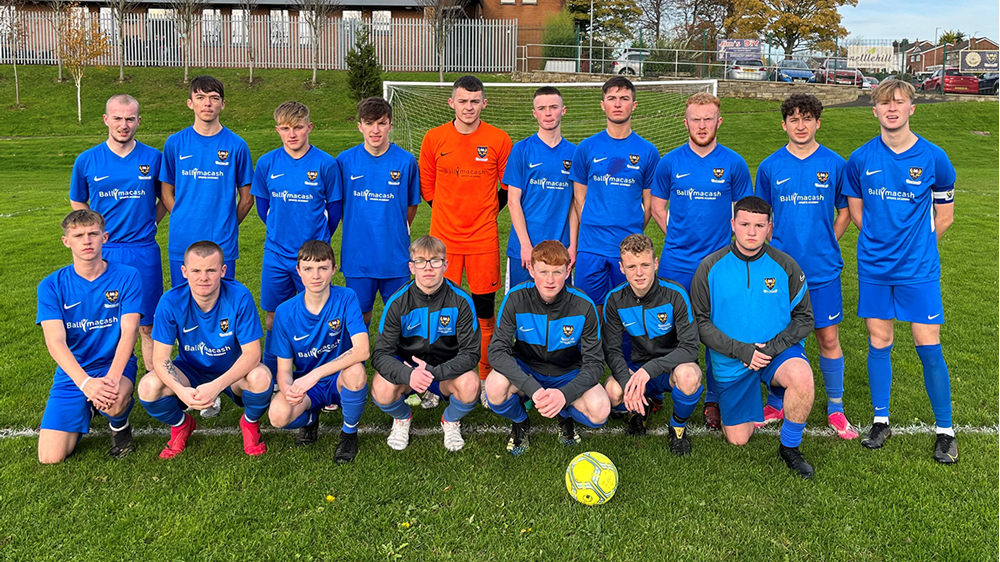 A place in the 2022 Danske Bank Schools’ Cup final will be up for grabs tomorrow as the competition reaches the semi-finals stage.

Moyola Park will be the venue for both last four ties with St Columb’s College (Derry-Londonderry) facing off against Laurelhill Community College (pictured) in the early kick-off (11am), while St Louis Grammar School (Ballymena) take on Ashfield Boys’ High School from east Belfast in the afternoon (1 o'clock).

Out of the four teams St Columb’s are the most recent winners having last won the trophy in 2018 when they defeated St Patrick’s Grammar in the decider. Opponents Laurelhill’s last success came in 2010.

St Columb’s coach Ryan Horner said: “The boys have put some extremely hard work into all the early rounds of the cup and managed to enjoy some high-scoring matches. A big thank you to NISFA, St Brigid's College, St Colm's Draperstown and St Patrick's Dungannon for fulfilling the fixtures through an extremely difficult period for schools.

“Everyone is now looking forward to the semi-final against Laurelhill. It will be a competitive encounter, and whichever team prevails will be deserved finalists in this prestigious competition."

“It is a fantastic achievement for this group of lads to get this far in the competition,” he said. “We are working hard in training at the moment to get everything right for our semi-final against Ashfield as they will be strong favourites for the tie. We go into the game with nothing to lose and will give our best.”