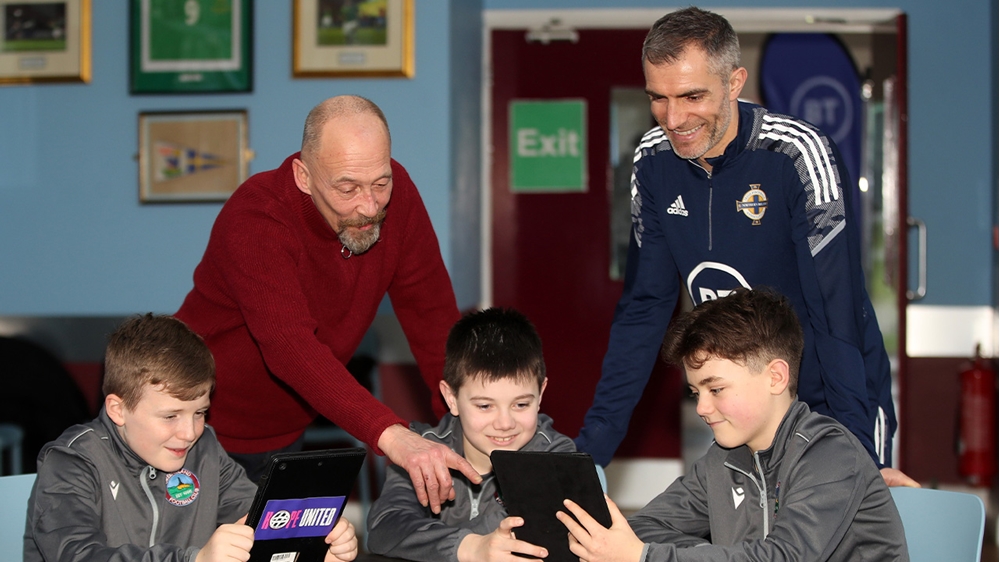 BT has joined forces with the Irish FA and non-profit organisation Cybersmile to kick off football roadshows in Armagh and Greenisland to educate young people about how to tackle the devastating impact of online hate and discrimination in sport.

Working with Cybersmile, BT has created an online education platform for young people designed to help tackle online hate, bullying and abuse. The modules are available to anyone, for free, from today at: cybersmileeducation.org/cat/roadshow.

Launching the new platform in Northern Ireland, legendary former international stars Keith Gillespie and Aaron Hughes visited Armagh City FC and Greenisland FC in Co Antrim to deliver the Hope United Roadshow, which provided youngsters with content from the new educational platform as well as offering them an exciting football masterclass from the footballing stars.

The platform comprises three modules focusing on upskilling users and educating them on how to be good digital citizens.

The modules include content specific from each FA, including Northern Ireland’s Jamal Lewis, England’s Harry Kane, Wales’ Helen Ward and Scotland’s Lana Cleland, as they reveal their personal experiences of online hate and abuse.

They discuss why hope beats hate, how hope can heal, empower, unite, inspire and save people. Also discussed is the impact of online abuse, including the implications of online abuse and how everyone can be a better digital citizen.

In addition there’s a focus on digital self-care, on how everyone can look after mental and physical wellbeing by keeping a healthy balance between online and offline lives. 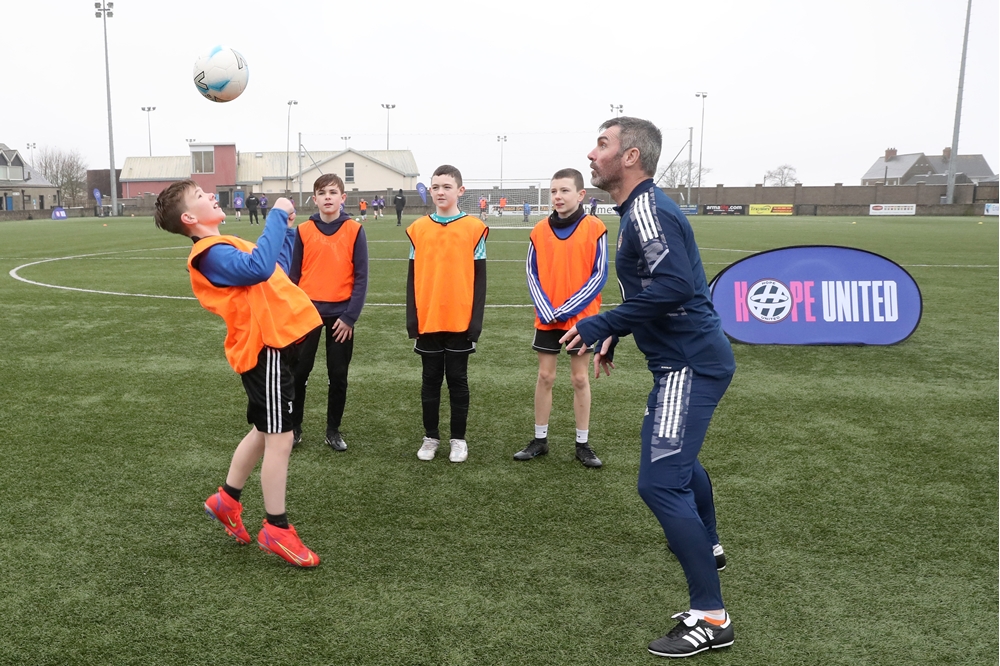 The roadshows build on BT’s Hope United initiative, which launched last year bringing together a diverse team of football players to tackle online hate, to understand the impact online hate can have and what can be done to combat it.

The Hope United Roadshow is the latest phase of BT’s ‘4-3-3’ partnerships with the four home nations FAs to use its technology and innovation in footballing communities across the UK to help change the lives of millions of players, coaches and fans.

Northern Ireland defender Jamal Lewis said: “Some people think that, as footballers, we should be able to deal with social media abuse, that it’s a ‘part of the job’. But this couldn’t be further from the truth.

“That’s why it’s so important we show young people that a post or comment doesn’t just live online but can have a long-lasting impact. The Hope United Roadshow allows us to start that conversation with the next generation of players in Northern Ireland and across the UK.”

Keith Gillespie added: “It is long overdue that as a society more is done to tackle abuse on social media and I’m so proud to be involved in the BT and Cybersmile launch. The new platform from BT will help kids know how to deal with online abuse.”

And Aaron Hughes said: “Initiatives like the Hope United Roadshow will play a big role in ensuring kids grow up with positive online behaviours and know how to deal with online abuse.” 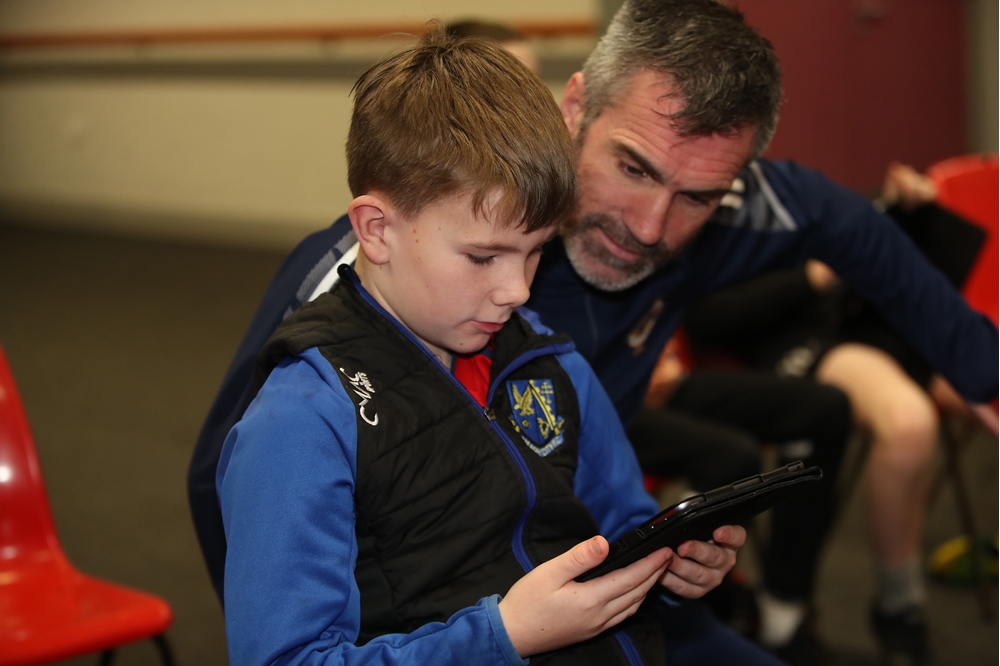 Pete Jeavons, marketing communications director with BT, said working alongside Cybersmile had  allowed BT to continue the vital work that Hope United kick-started last year to tackle the online hatred and cyberbullying that is “sadly part of everyday life”.

He added: “We’re also incredibly excited to further support grassroots football communities across the UK as part of our long-term partnerships with the four UK home nations football associations to upskill millions of players, coaches and fans.”

Scott Freeman, CEO of The Cybersmile Foundation, said: “Everybody at Cybersmile is proud and excited to be working with BT to educate and positively impact young people across the UK on a range of key issues. Cybersmile believes that education and awareness are key to changing behaviours and potentially saving lives, which this initiative has been designed to do.”

The Hope United Roadshows continue over the coming weeks across the rest of the UK, with two events (six in total) in Scotland, Wales and England.

The Hope United Roadshow will also contribute towards BT’s Skills for Tomorrow target to provide 25 million people with the skills they need to make the most of life in the digital world. In line with BT’s purpose to Connect for Good, the new ambition aims to help more people across the UK have the skills they need to stay connected, tackle the digital divide and support the UK’s economic recovery. 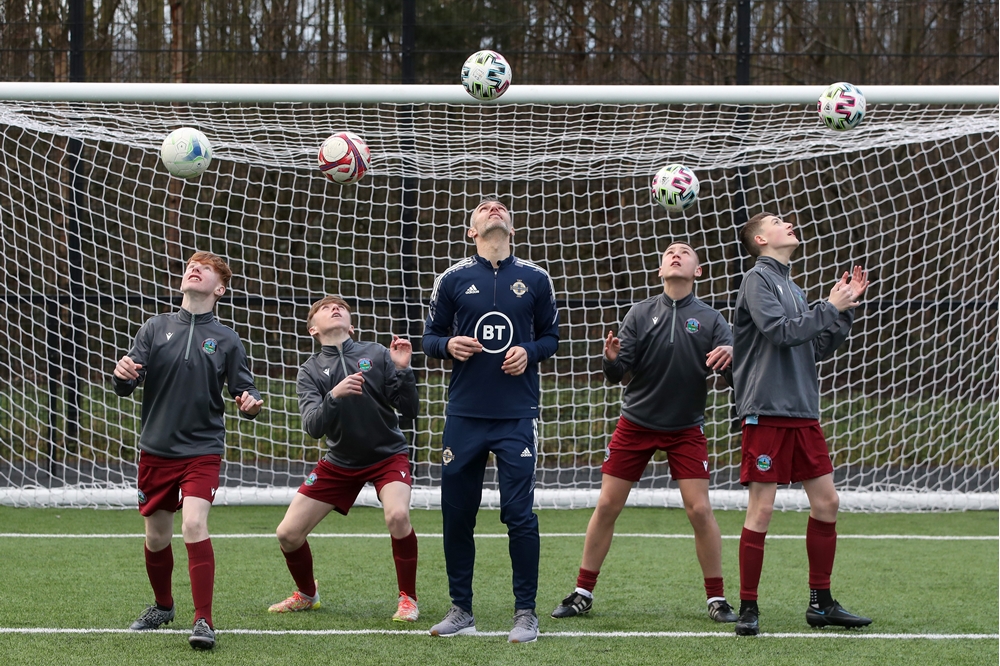