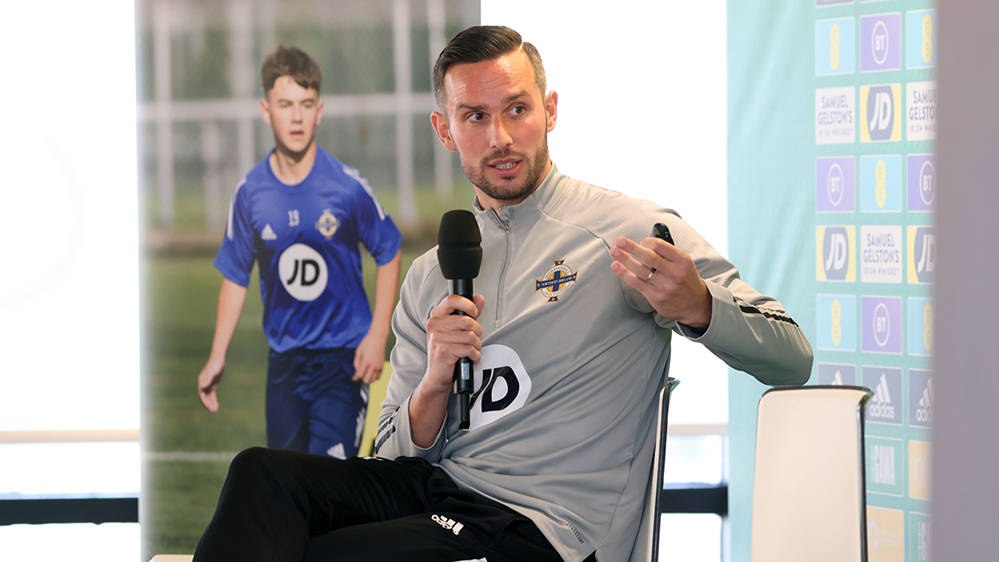 Northern Ireland’s Under-15 national team are travelling to England this week to take on Chelsea’s U15s and a Southampton U15/U16 team in friendly matches.

Led by Andy Waterworth, head of the Irish FA JD Academy in collaboration with UEFA, the U15s will face Chelsea in their first game tomorrow (Thursday 3 February).

The venue for the match is the Premier League club’s training ground near Cobham in Surrey (6pm start).

The following day they will head to Southampton where they will train at the Saints’ Staplewood Football Development and Support Centre.

And the Premier League club’s Staplewood training ground will be the venue for their second game – against a Southampton U15/U16 team on Saturday (11am start).

Andy Waterworth explained: “We are taking across a young U15 side (2007 age group). This trip will provide the boys with another opportunity to sample life preparing as a professional footballer and against high quality opposition. They will be exposed to the best of the best in the UK.

“It’s a huge benefit of the JD Academy/National Performance Programme (NPP) that we can put in place a games programme that pitches us against the very best. The boys will also have the opportunity to sample a Category 1 academy and everything that goes with it.

“There will be nine players from our JD Academy (residential academy based at Ulster University Jordanstown) on the trip, with the rest being younger 2007s and one 2008 in Ceadach O’Neill who has really impressed us with his displays for Linfield in the National League and his involvement in our NPP.”

Andy added: “We are very much looking forward to the games programme for our elite youth national squads commencing again after the Covid pandemic put a halt to it over the past two years.”

The Northern Ireland U15s squad for this week’s games in England is as follows: