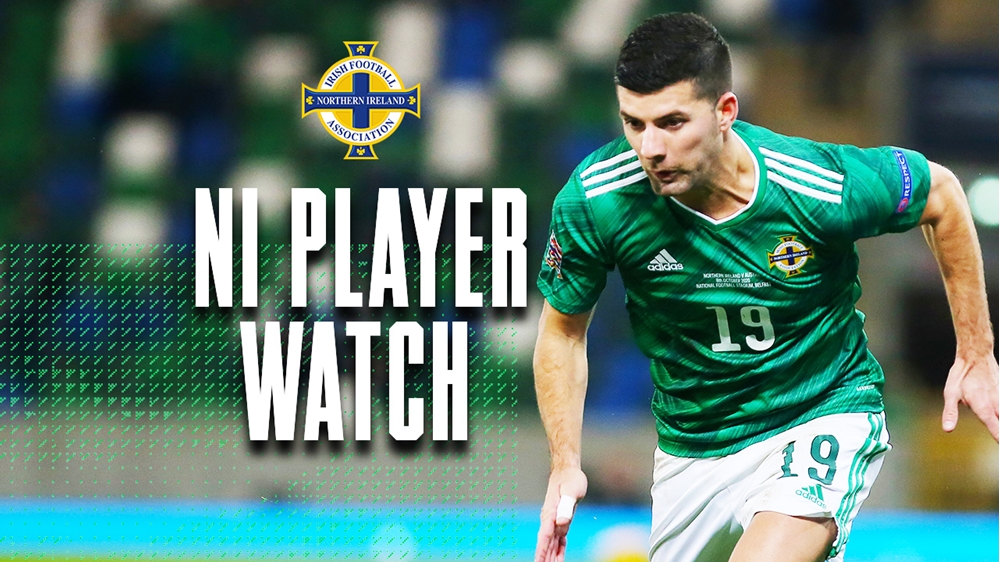 In the Scottish Cup, Jordan Jones was among the scorers as St Mirren put four past League Two outfit Kelty Hearts without reply.

After the game Saints manager Jim Goodwin heaped praise on the on-loan winger who also managed to provide an assist for the home sides third goal.

“Since Jordan has come in, he’s brought real quality and has been a breath of fresh air,” declared Goodwin. “He carries a strong attacking threat and every time he gets the ball good things happen.”

Striker Kyle Lafferty scored twice as Kilmarnock came from behind to defeat Dunfermline Athletic 2-1 at Rugby Park in the Scottish Championship at the weekend.

Killie were a goal down just before the hour mark but 34-year-old Lafferty struck twice inside 16 minutes, his second a spectacular overhead kick, to seal the win for Derek McInnes’ side who are now just two points behind leaders Arbroath.

The Fermanagh-born striker has now hit three goals in five games since returning to the club during the January transfer window and Killie boss McInnes admits his stunning finish for the winner showed the striker’s undoubted ability.

“His second goal shows his quality,” he told the club website. “But he also had the confidence and audacity to take it on, it was a fantastic finish and you have to applaud that technical ability.”

Meanwhile, Lafferty revealed that it had been quite a while since he managed to score with an overhead kick:  “The last time I scored one I was about nine! It’s something I’ve tried a few times over the years, but it’s never come off before.”

Also making it through to the last eight of the competition were Liam Donnelly’s Motherwell who defeated fellow Premiership outfit Aberdeen and Liam Boyce and Michael Smith of Hearts who eliminated Livingston 5-4 in a penalty shoot-out.

In the fourth round of the Scottish Women’s Cup,  Kerry Beattie scored a fine individual goal as Glasgow City progressed to the quarter-finals with a 6-0 win over Hamilton, there was though disappointment for Demi Vance who hit a consolation for Rangers in their 2-1 loss to Old Firm rivals Celtic.

One end to the other! Finished superbly by @KerryBeattie5

The full game is on Recast soon! ➡️ https://t.co/ql0Zz2m7QB pic.twitter.com/TQeTVpRZKJ

In the Premiership in England, Leeds United’s Stuart Dallas was substituted after just nine minutes of the 3-0 defeat at Everton, however the extent of  the 30-year-old’s injury has yet to be determined.

Goalkeeper Michael McGovern was an unused substitute as Norwich City lost 4-0 at home to runaway leaders Manchester City, while Craig Cathcart was part of the Watford team who are still awaiting their first win under new manager Roy Hodgson following a 2-0 home defeat to Brighton & Hove Albion.

There was a debut for defender Tom Flanagan who came on as a substitute for League One Shrewsbury Town in their single goal defeat at Plymouth Argyle and former Linfield player Trai Hume continues to impress after retaining his place in the Sunderland team which earned a point in a draw at AFC Wimbledon.

Elsewhere in the division, Conor Washington missed Charlton Athletic’s away defeat at Wigan Athletic due to a muscle injury and Bailey Peacock Farrell’s four-match run without conceding a goal came to an end as Sheffield Wednesday were beaten 2-0 at home by Shane Ferguson’s Rotherham United who are now nine points clear at the top of League One.