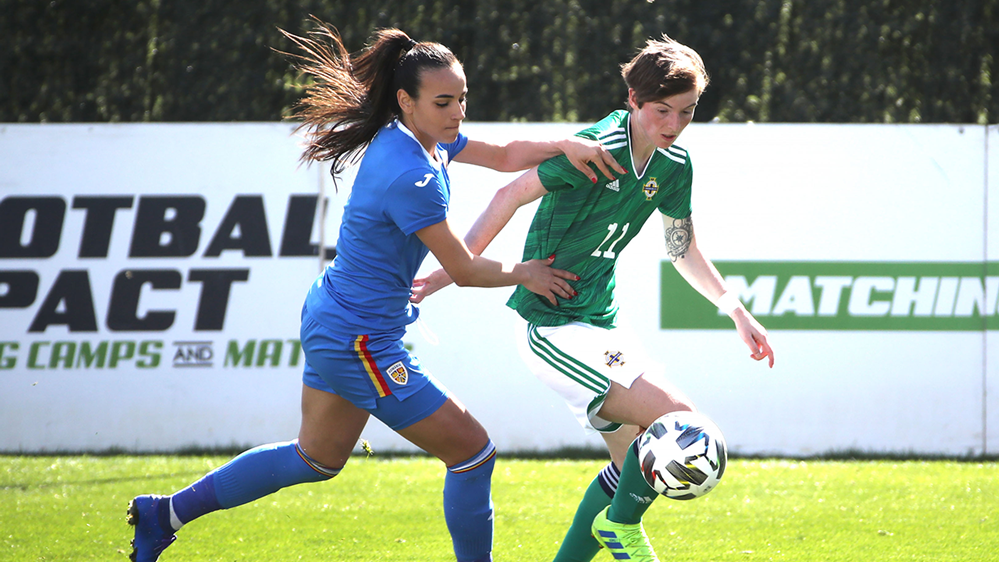 Northern Ireland’s senior women’s team brought their training camp in Spain to a close with a narrow defeat.

After easing past Faroe Islands 3-1 and then drawing 2-2 with Switzerland in their previous two challenge matches during the 10-day camp on the Costa del Sol, they signed off with a 1-0 loss to Romania.

They hit the woodwork a couple of times and controlled the play for long periods, however they could not find the back of the net.

Senior women’s team boss Kenny Shiels made four changes to his starting eleven for today’s game at the Marbella Football Center, with Abbie Magee, Laura Rafferty, Nadene Caldwell and Kirsty McGuinness coming in for Rebecca McKenna, Demi Vance, Kelsie Burrows and Rachel Furness, who all started against the Swiss.

Romania forced a couple of corners in the early exchanges, while Northern Ireland’s first chance came in the 14th minute and they almost opened the scoring. Chloe McCarron’s shot was handled by a Romanian defender just outside the area and Kirsty McGuinness stepped up to take the resulting free-kick - and her crisp effort clipped the top of the bar. 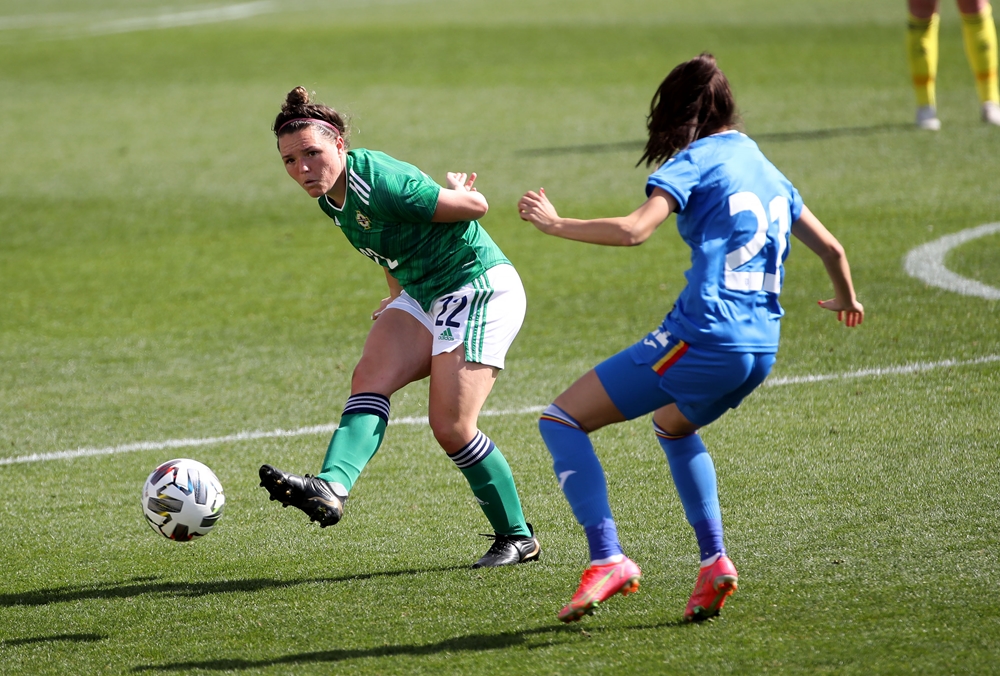 Skipper Caldwell’s well-struck shot from outside the area drifted wide of the upright as the girls in green and white produced some bright link-up play, while a loose pass from Burns almost let the Romanians in down the other end.

Lauren Wade headed wide when she got on the end of a McGuinness cross before Holloway clipped a shot past the post.

Northern Ireland enjoyed the bulk of the possession and continued to push forward but struggled to carve out further chances.

At the start of the second half Magee’s cross inside the area was cleared by the Romanian defence and then a dangerous McGuinness delivery was punched clear by Romania goalkeeper Camelia Ceasar.

Romania striker Cristina Carp shot over the top before defender Maria Ficzay was wasteful with a free-kick.

In the 59th minute Shiels made four substitutions in a bid to give his side fresh impetus. Entering the fray were Rachel Furness, Rebecca McKenna, Demi Vance and Megan Bell. 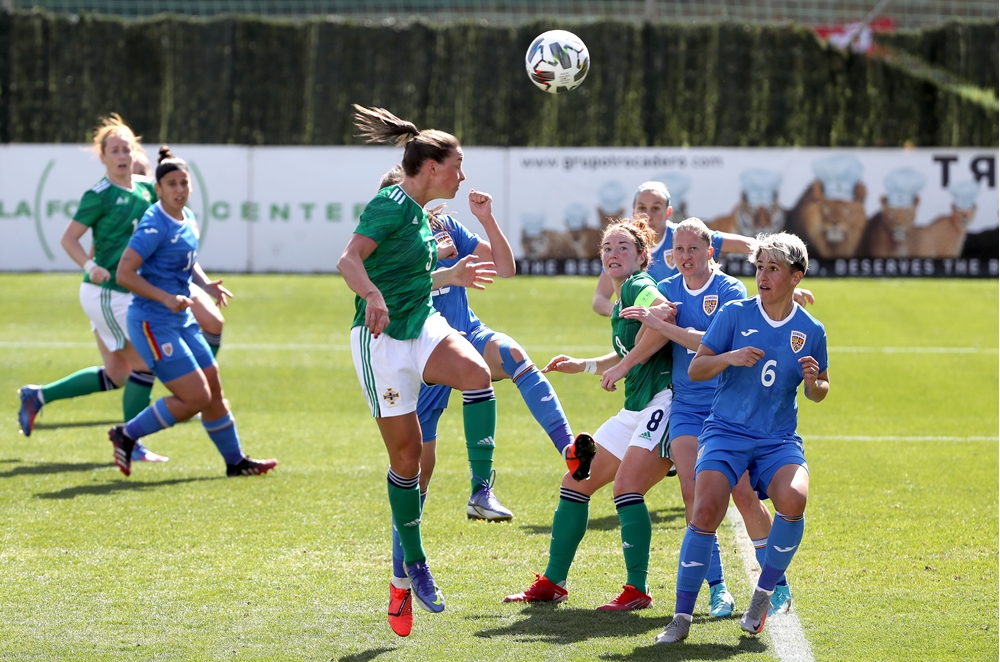 And Furness steered a shot wide before Romania took the lead four minutes later. Carmen Marcu was left unmarked as a corner was delivered into the area and duly clipped the ball into the net.

Northern Ireland almost hit back when Magill and Furness combined well to set up Wade, however Ceasar managed to get her fingertips to Wade’s rasping drive and pushed it against the bar and out for a corner.

McCarron fired the ball over the top from distance as Northern Ireland continued to search for an equaliser.

Magee put in a couple of important tackles as Romania threatened on the counter-attack, however it was Shiels’ team who looked the more likely to score.

In the end though the equaliser would just not come and Northern Ireland - and Shiels and his backroom team - had to be content with a record of one win, one draw and one defeat from their three friendly internationals in Spain.