U17 women’s side notch two impressive wins on Merseyside 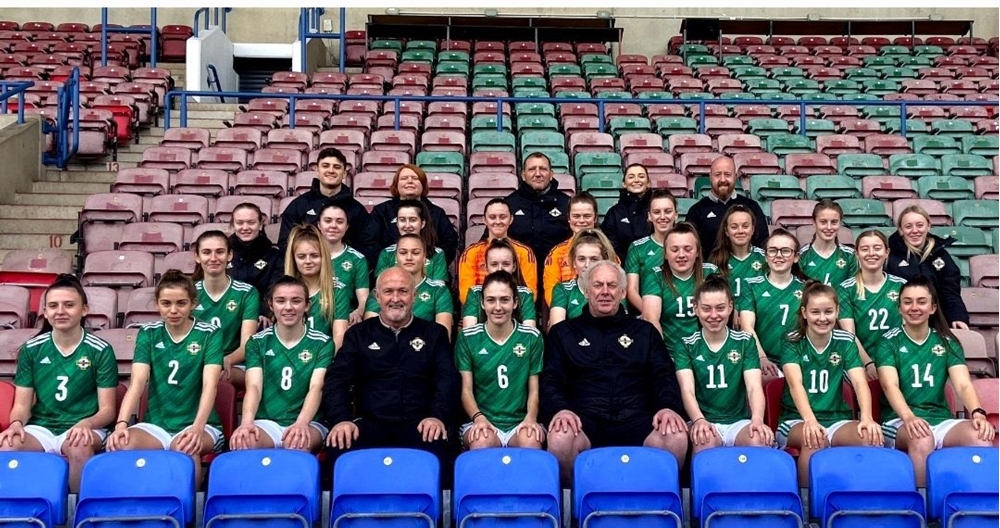 Alfie Wylie has spoken of the ‘work ethic and bond’ that saw his Northern Ireland U17 side scored two impressive victories against Everton in Liverpool.

It was the final training camp prior to the squad being selected to compete in the UEFA U17 tournament in Israel, with Wylie and his staff bringing 24 players in total to Merseyside, all of whom got game time over the two fixtures.

Linfield’s Lucy Johnston bagged the only goal of the game in the first victory against an Everton U19/21 side boasting a number of England squad players, with ten minutes to go, with the team following up that with a 3-1 victory a few days later. Northern Ireland took the lead through Ballyclare’s Amy Kerr before being pegged back, but two early second half goals from her club teammate, Grace Montgomery, and Antrim Rovers’ Kascie Weir fended off a spirited performance by the Toffees.

“The players were resolute, resilient and thoroughly professional throughout”, said Wylie.

“A lot of questions were asked of them over the two games but the response given was just what I was after. Two back to back wins is really satisfying.”

“The hospitality afforded to us by Everton was excellent and were delighted to take in their senior women’s game against Reading during our stay.”

Another of Wylie’s U15 teams, the Northern Ireland development squad played their, Scottish counterparts on Saturday night in Larne, losing 6-3.

“This was a really entertaining game,” said Wylie, “and shows the quality and level of football being developed at this level and these players will be available for the selection for the upcoming Bob Docherty tournament in Newcastle Upon Tyne, England this coming April.”