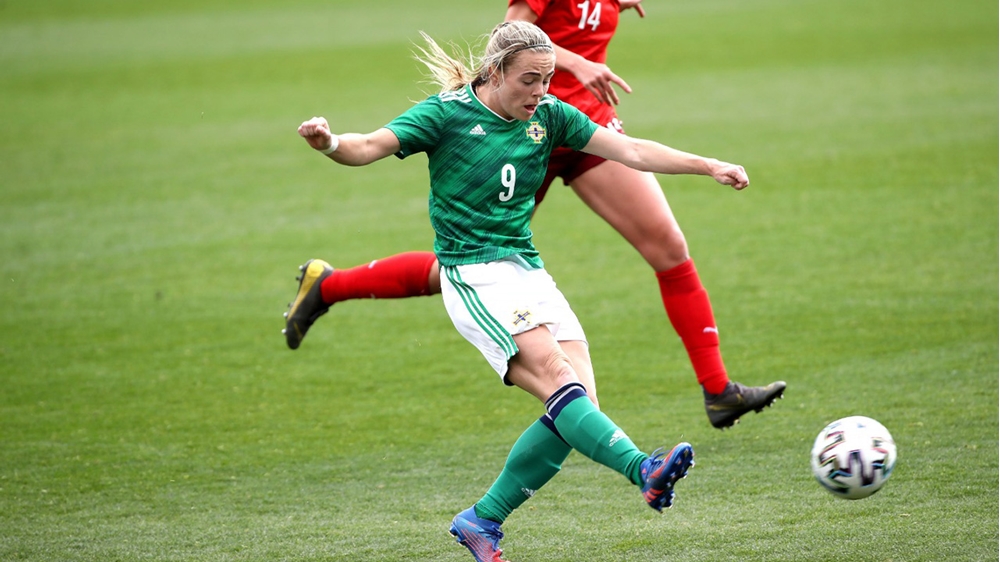 Northern Ireland senior women’s team secured another positive result in Marbella as they drew 2-2 with Switzerland. Striker Simone Magill netted both goals for the girls in green and white.

It was Kenny Shiels' side's second friendly game at Marbella Football Center and the senior women’s manager was pleased with the performance.

He said: “I thought the performance was very good, we were playing a top nation and we dominated the ball.”

Northern Ireland started brightly and found the back of the net just before the half when Simone Magill ran from the centre circle all the way to the edge of the opposition’s box before firing into the bottom corner.

The Swiss were right back into the game in the 51st minute when a defensive error gave Alisha Lehmann an simple finish to make it 1-1.

Just four minutes later Northern Ireland were behind when another misplaced pass allowed the Swiss to go 2-1 up.

Shiels’ team were not fazed and pushed to find an equaliser.

They were awarded a penalty for a handball in the 72nd minute and Magill made no mistake from the spot to gain Northern Ireland a well-deserved point.

Northern Ireland are back in action on Wednesday when they face Romania at the same venue (kick-off 11am).