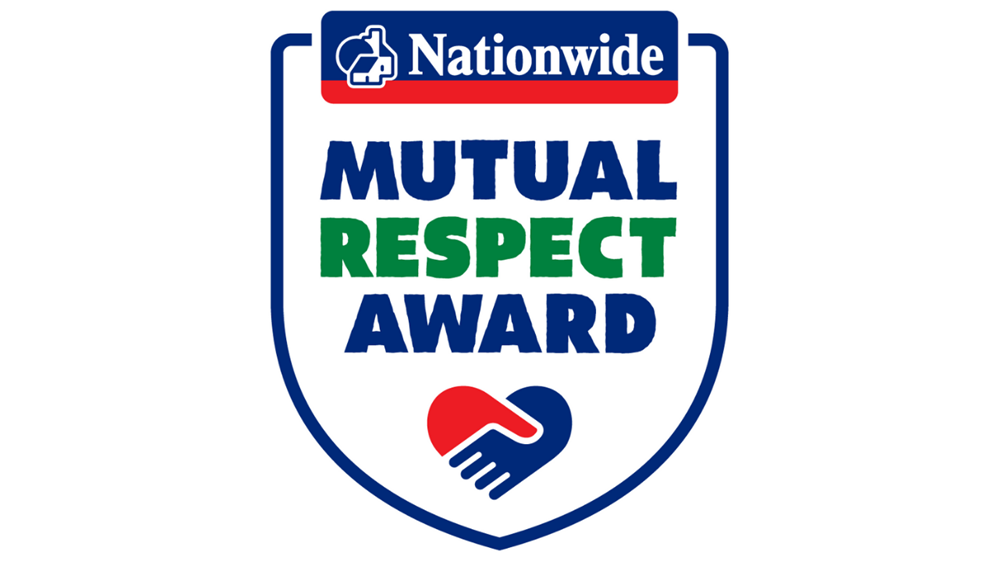 The Nationwide Mutual Respect Award is back – and nominations are now being sought for the first of four quarterly awards in 2022.

The Nationwide Mutual Respect Award recognises outstanding contributions, achievements and behaviour in grassroots football across the country by young players under 18, coaches, teams/clubs, parents and referees.

The winners of the award receive a trophy, and the accolade of being a Nationwide Mutual Respect Award winner, and they also win tickets to an upcoming Northern Ireland game at the National Football Stadium at Windsor Park.

Nominations are being sought from right across the game, from players to coaching staff to volunteers and the parents that selflessly give up their time for their local club.

Emily Barker, Brand Partnerships Manager with Nationwide Building Society, said: “At Nationwide we’re hugely passionate about celebrating the good in our communities and our partnership with the Irish FA means we’re able to recognise the mutual respect that’s shining through grassroots football.

“From coaches to players, fans to referees, everyone has the opportunity to build on the right behaviours we all want to see in football.”

Stephen Bogle, Head of Sales and Marketing at the Irish FA, added: “No matter if it’s on or off the pitch, we would encourage everyone to nominate their grassroots respect hero today and get them the recognition they deserve.”

Nominations are now open for the first award of 2022 and anyone over 18 can nominate their ‘grassroots respect hero’.

To nominate a player under the age of 18, a coach, team/club, parent or referee who has made an outstanding contribution to the game or their community go to: www.irishfa.com/mutualrespectawards

The nomination window for the Q1 award closes on 14 March, with the winner notified by early April.