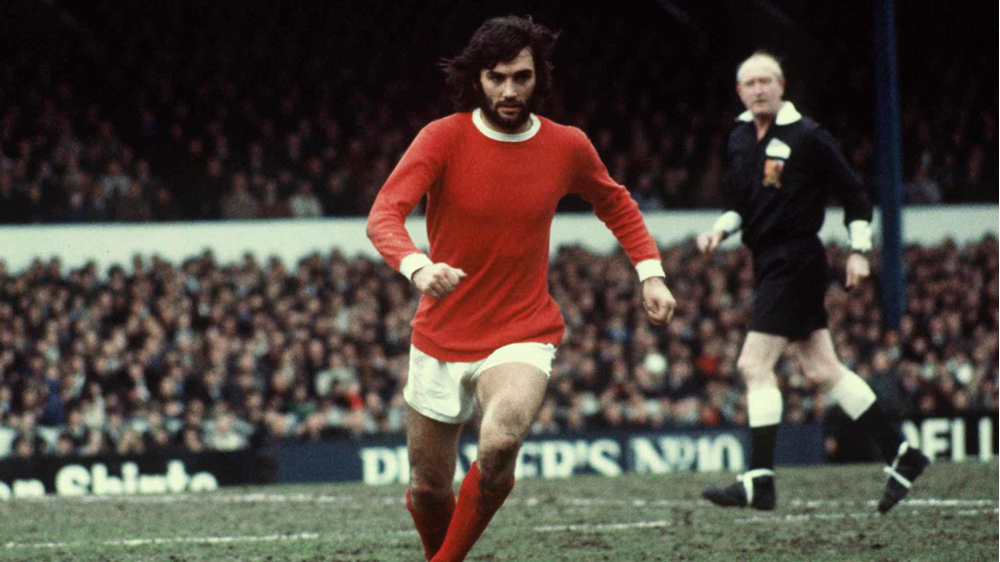 As part of a new mini-series we look at the links between Northern Ireland players and clubs across the water. And we get the ball rolling on Club Focus by profiling a selected list of names who played for Manchester United - once home to a genius 'Belfast Boy'.

32 caps and nine goals for Northern Ireland while at Manchester United.

George Best, one of Northern Ireland’s most famous sons and the most naturally gifted footballer this country has ever produced.

His association with Manchester United began at the tender age of 15 in 1961 and just two years later he made his first-team debut in a Division One encounter with West Bromwich Albion at Old Trafford.

In the subsequent 11 years George played 470 games for the Red Devils and scored 179 goals, which is still the fifth highest total in the club’s history. He won two League titles, a European Cup and was crowned European Footballer of the Year, all by the time he was 22.

He was United’s top goalscorer in four of his 11 seasons and who will ever forget his double FA Cup hat-trick in United’s 8-2 success against Northampton Town in February 1970?

A true legend of the game and although he played for numerous clubs in the latter stages of his career he will always be remembered and revered at the Theatre of Dreams. 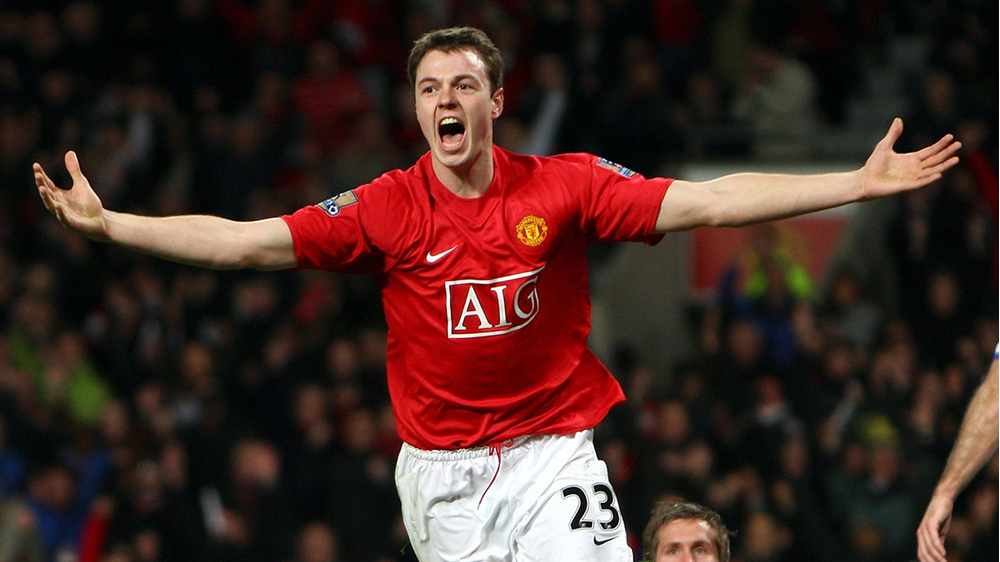 38 caps and one goal for Northern Ireland while at Manchester United.

Evans became one of that rare breed of players who have won a senior cap for Northern Ireland before making their first-team debut at Manchester United.

The cultured central defender, who was given his debut at left-back by Lawrie Sanchez in that now famous 3-2 victory over Spain in September 2006, had already made seven appearances for his country by the time Sir Alex Ferguson had given him a taste of first-team football by playing him in a League Cup tie against Coventry City in September 2007.

However, it was at the heart of the Manchester United defence that Evans eventually made his name and in seven seasons at Old Trafford he won three Premier League titles and two League Cups as well as the FIFA Club World Cup.

The former Greenisland Boys graduate (as the club was previously known) scored seven goals in 198 appearances for United but was eventually sold by Louis Van Gaal to West Bromwich Albion for £8 million in August 2015. 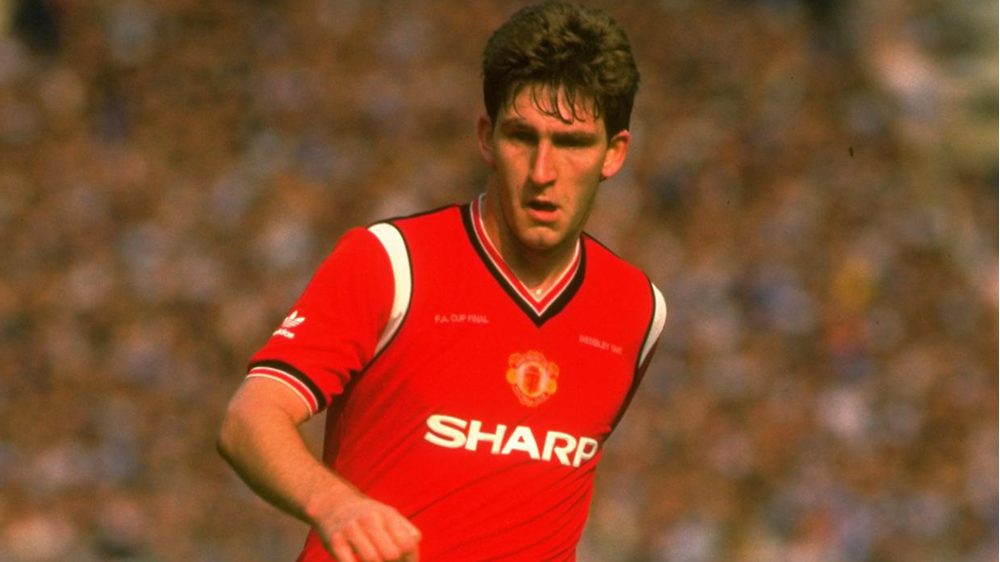 36 caps and eight goals for Northern Ireland while at Manchester United.

Whiteside burst onto the scene at Manchester United when he was given his debut against Brighton & Hove Albion aged just 16 years and 352 days back in 1982.

Later that summer he became an overnight sensation when Billy Bingham gave him his international debut in Northern Ireland’s opening game of the 1982 World Cup aged just 17 years and 41 days to make him the youngest ever player to appear in the finals of the tournament.

In his first full season at United, Whiteside set further records by becoming the youngest player to score in both the League Cup and FA Cup finals at Wembley.

The Belfast-born midfielder went on to score the winning goal in the 1985 FA Cup final when he curled a shot around Neville Southall in extra-time to give 10-man United a 1-0 victory over Everton.

Unfortunately Whiteside's career at Old Trafford was blighted by injury and after scoring 68 goals in 278 games for Manchester United, he joined Everton for a fee of £600,000 in the summer of 1989. 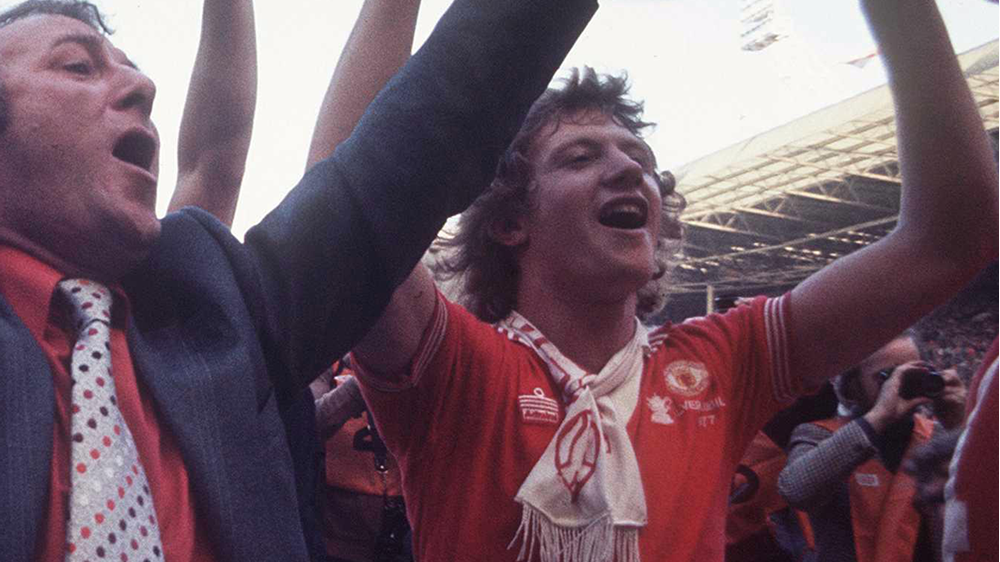 Jimmy Nicholl was famed for his marauding runs down the flank that were a trademark of his play during his time at Manchester United in the 1970s and early 80s.

A no-nonsense right-back, Rathcoole man Nicholl was given his debut by Tommy Doherty in a Second Division match against Southampton at The Dell in April 1975.

He was one of three Northern Ireland players (David McCreery and Sammy McIlroy being the others) to win an FA Cup winner’s medal in 1977 when they defeated Liverpool in the final to prevent them completing the treble that season.

Two years later Nicholl was aiming for a second winner’s medal in the competition but despite coming back from two goals down, United lost 3-2 to Arsenal, edged out by a last-minute goal from Alan Sunderland.

His United career came to an end in 1982 when, after playing just one game under Ron Atkinson and having made almost 250 appearances for the club, he was transferred to Canadian outfit Toronto Blizzard for a fee of £250,00.

Here's the full list of Manchester United players who won senior international caps with Northern Ireland while at Old Trafford: