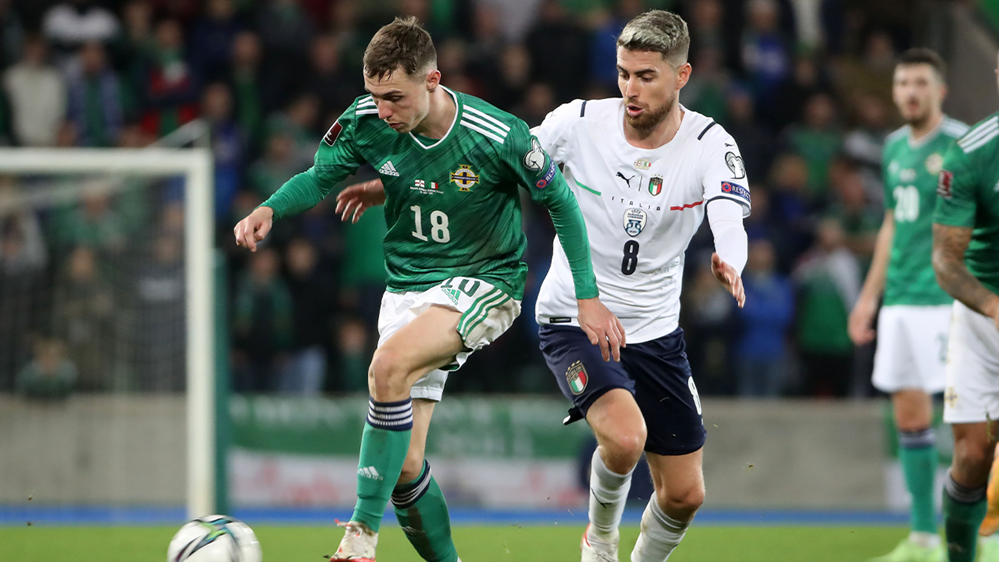 In EFL League One former Crusaders winger Gavin Whyte popped up with a hat-trick of assists as Oxford United maintained their push to secure a play-off place with a comprehensive 4-0 victory at Charlton Athletic who were without the injured Conor Washington.

Twenty-six-year-old Whyte, who is on a season-long loan at the Kassam Stadium from Cardiff City, now has an outstanding total of 10 assists for the season.

Kilmarnock brought themselves level on points with Arbroath at the top of the Scottish Championship thanks to another brace from Northern Ireland striker Kyle Lafferty in the 3-0 victory over Raith Rovers at the weekend.

The former Rangers and Hearts forward, who scored twice for Killie against Dunfermline Athletic last time out, brought his tally to five goals in just six games since his return to Rugby Park last month as the Ayrshire outfit seek a quick return to the Premiership.

Another international striker bang in form is Dion Charles whose goal in Bolton Wanderers' 4-0 home success against AFC Wimbledon was his third in four appearances for the Trotters and his sixth overall since signing from Accrington Stanley in January.

Shane Ferguson’s Rotherham United still top the table by six points following their 1-1 draw on Friday night against second-placed Wigan Athletic who had striker Josh Magennis in their side, although he is still awaiting his first goal since his January move from Hull City.

In the Premiership Michael McGovern was again an unused substitute as basement club Norwich fell to a 3-1 defeat at Anfield to Liverpool, while Stuart Dallas, who picked up an injury the previous weekend versus Everton, was a surprise inclusion in the Leeds United team which went down 4-2 at Elland Road in a thrilling contest with Manchester United.

Cathcart, 33, praised the former England supremo on the way he has instilled composure and organisation into a side who still remain in the bottom three, four points from safety.

“It’s something we’ve been working on, we’ve tightened up since the manager has come in,” the defender said after a second clean sheet in four matches under Hodgson.

“He’s got us all pulling in the right direction and working hard together. I think the performance and the way we played today we showed fight, and took our chance when it came, so we can be really happy.”

In the Lowland League in Scotland, under-21 striker Ross McCausland scored his seventh goal of the season for Rangers ‘B’ team who won 5-1 at Gretna, while on-loan Chris McKee secured all three points for Linfield with the only goal of the game against Portadown in the Danske Bank Premiership.

Speaking to BBC NI’s Sportsound programme after the game, Blues boss David Healy said: “It is important for all forward players to score goals and Chris McKee has been brilliant since he came in.

“He maybe took a while to find sharpness but what he always gives you is honesty. This was a tough test for us today.”

Finally, Niall McGinn came on as a substitute for Dundee to provide an assist for their second goal, though it was to no avail as the visitors went down 3-2 at Parkhead against the 34-year-old’s former club Celtic.