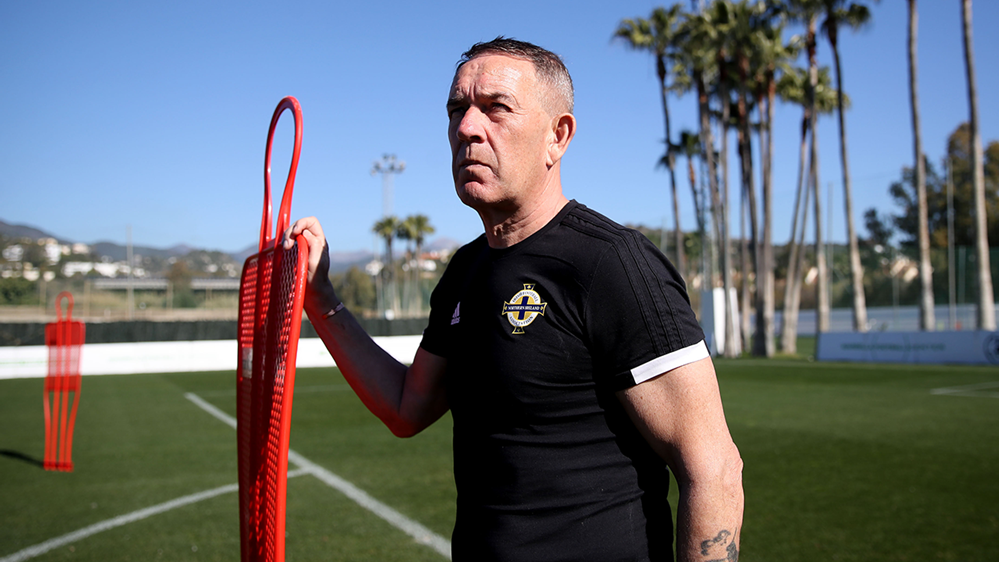 We have to keep getting better. It’s as simple as that. The words of Northern Ireland senior women’s team boss Kenny Shiels who has been presiding over a successful training camp in Spain for the past 10 days.

Shiels, his players and staff are putting the finishing touches to preparations for the third of three friendlies at the Marbella Football Center as his side gear up to face Romania on Wednesday (11am kick-off GMT).

The girls in green and white banked a 3-1 win over the Faroe Islands in their opening clash before securing a 2-2 draw with Switzerland on Sunday. 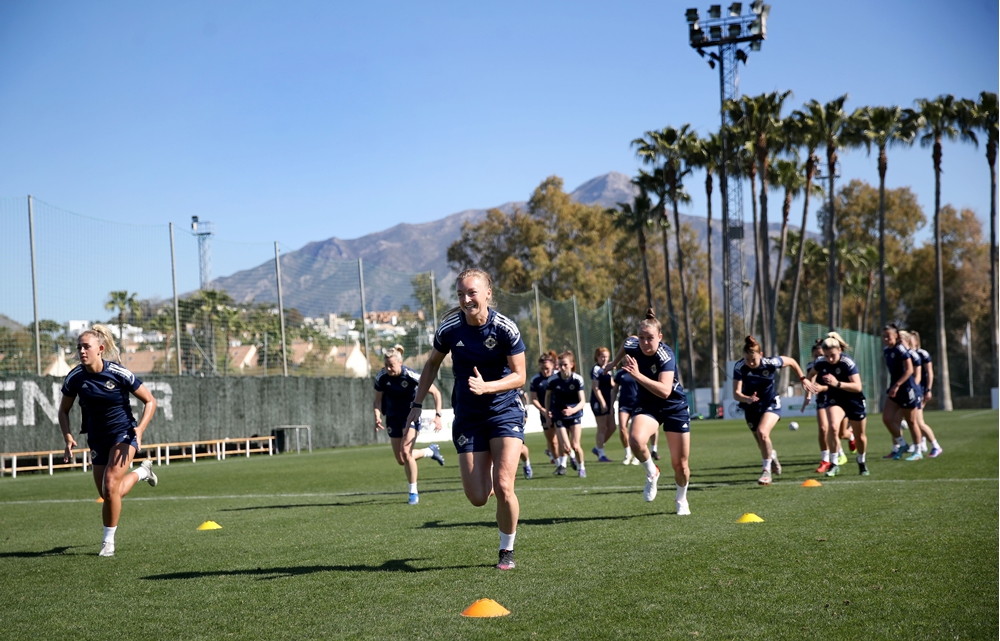 And for Shiels the clash with the Romanians represents another opportunity for his side to learn and get better – key watchwords for the squad who are preparing for two important FIFA Women’s World Cup qualifiers in April before their first-ever major tournament at the UEFA Women’s Euros in July.

“The Switzerland game was very tough, but we did really well in it,” he said. “Romania are ahead of us in the coefficient and it’s testament to how well they have done over the years.

“We have to keep getting better. It’s as simple as that. We can’t do so well against Switzerland and then knock things back so we’ve got to have a performance which will stick with the players when they leave camp and I want to make sure that we have that feeling of having done well so that we use it as part of our preparation.

“There are a few things we could have done better against the Swiss. In the final third we had so many good opportunities, but we weren’t clinical enough and I felt it was the same against the Faroes so we’re looking to try and improve in that area.”

He added: “I think there has been progressive movement in this camp so far in the first two games that we’ve played against good opponents in a very good set-up. It’s has just added to our professionalism, and I feel that having done so well against Switzerland we have to show that we’re ready to go again against a different type of opponent.