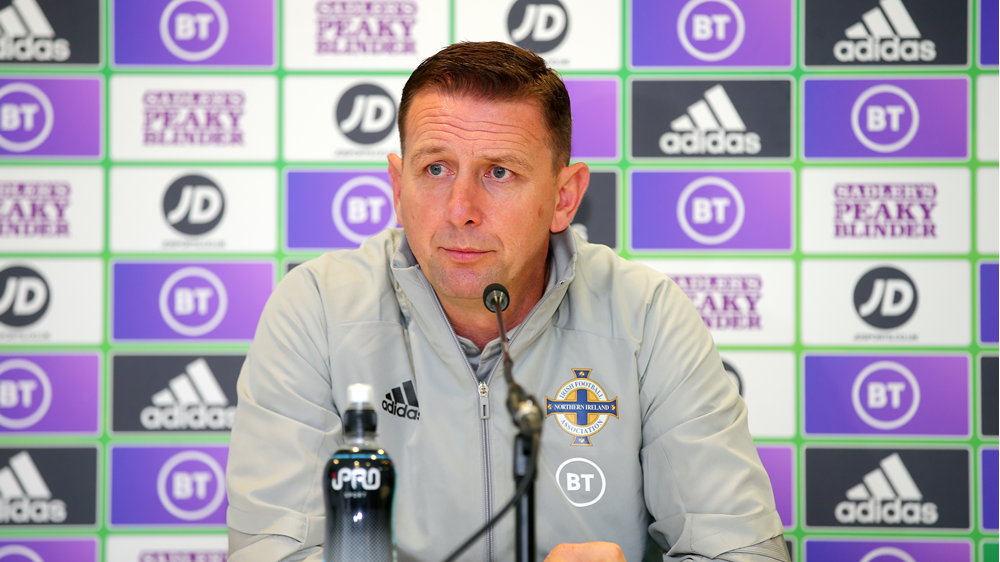 Northern Ireland manager Ian Baraclough has named a 26-strong panel for the matches against Italy, Bulgaria and USA this month.

Northern Ireland face the Italians in Parma in their first FIFA World Cup Qatar 2022 qualifier next Thursday (25 March) followed by a home friendly against USA on Sunday 28 March and a second European Qualifying Group C World Cup qualifier against Bulgaria in Belfast on Wednesday 31 March.

Baraclough’s squad for the triple header shows five changes from the panel chosen for Northern Ireland’s last outing, the UEFA Nations League game against Romania in Belfast back in November.

Accrington Stanley striker Dion Charles (below), who has been prolific in League One this season, and Derry City goalkeeper Nathan Gartside have received their first call-ups to the senior squad. Both have previously played for Northern Ireland at both Under-21 and U19 level. 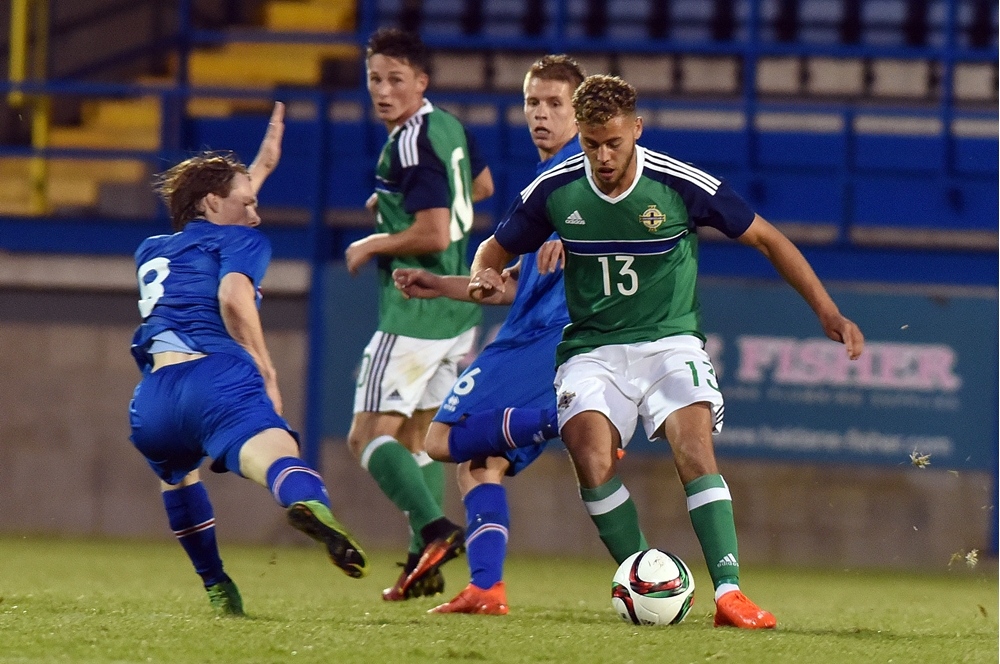 Experienced Blackburn Rovers midfielder Corry Evans returns to the panel after a lengthy absence through injury while defender Ciaron Brown, who is back with parent club Cardiff City following a successful loan spell at Scottish Premiership side Livingston is also back in the senior set-up.

Vice-captain Jonny Evans (Leicester City) has recovered from a niggling calf injury to take his place in the squad, while Kilmarnock striker Kyle Lafferty is also fit and raring to go despite a three-month sojourn between his stint at Reggina in Italy last year and signing for the Scottish Premiership club last month.

Missing out this time are Manchester United midfielder Ethan Galbraith, Sunderland defender Tom Flanagan and Rochdale full-back Ryan McLaughlin. All four were in the panel for the game against Romania in November.

Veteran keeper Michael McGovern (Norwich City) was also in the squad for the Romania match, however both he and Trevor Carson (Motherwell) have since picked up long-term injuries and that has paved the way for Nathan Gartside to join the group.

Sunderland winger Jordan Jones looked set to return to the panel but he has sustained an injury and is not available. 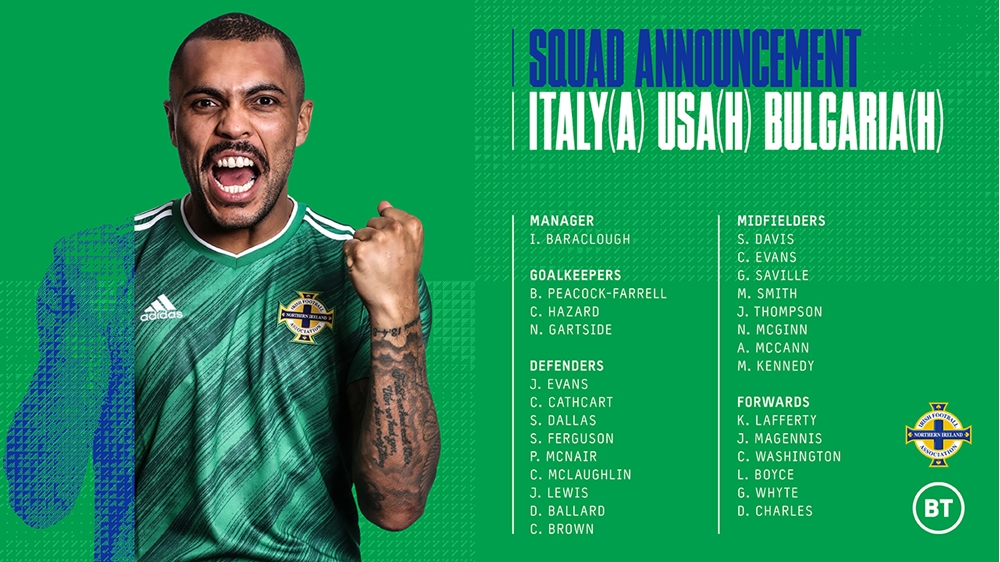