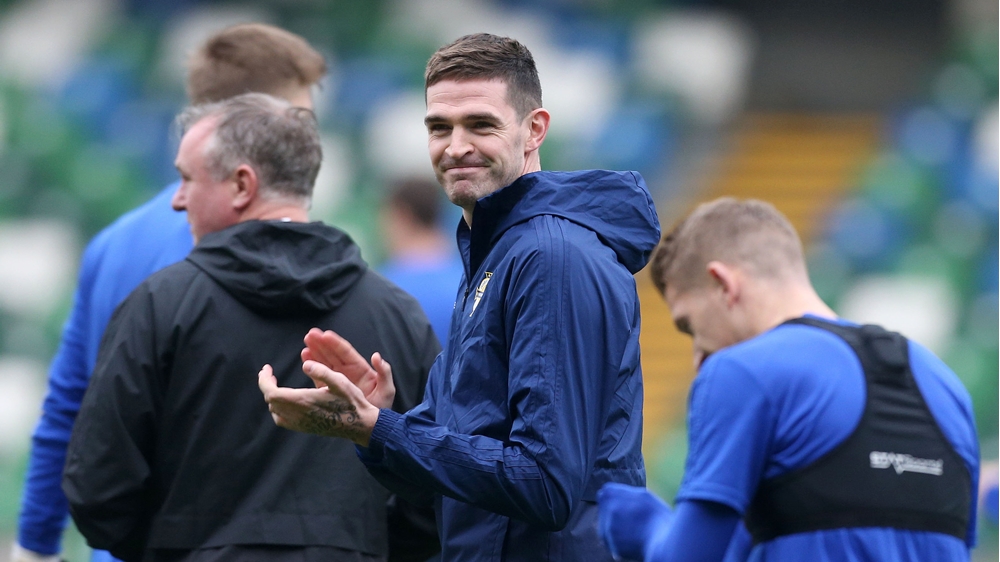 Striker Kyle Lafferty took his tally to three goals in two games when he was among the scorers in Kilmarnock’s crucial 4-1 home victory over Motherwell in the Scottish Premiership at the weekend.

The 33-year-old opened the scoring for Tommy Wright’s struggling outfit inside the first 58 seconds and then provided the pass for the home side’s fourth to round off a productive day for the big Fermanagh man.

“He’s shown his value,” said Wright. “he now has three goals in two games and he was involved in two other goals.

“He’s a presence, he can score goals and if we give him the service, we know what we’ll get.

“But he’s going to be a big player for us in these last five games, as I knew he would be,” added the former Northern Ireland goalkeeper. “I know the type of character he is ... he likes a practical joke.  But he’s a good professional and he wants to do well.”

Meanwhile, Northern Ireland new boy Dion Charles chalked up goal number 18 of the season when he converted from the penalty spot as Accrington Stanley came from behind to record a 3-1 home win over Wigan Athletic in League One.

On-loan defender Daniel Ballard scored his second of the campaign for Blackpool in their 2-0 victory over Oxford United at Bloomfield Road, while Ben Wilson, who has just been called up into the Northern Ireland under-21 squad, scored for Brighton & Hove Albion’s under-23’s in their 1-1 draw at Blackburn Rovers.

Defender Jonny Evans helped Leicester City to their first FA Cup semi-final in 39 years following a 3-1 success over his former club Manchester United at the King Power Stadium, while Stuart Dallas was part of the Leeds United team that recorded a 2-1 win at Fulham, the Yorkshire side's first win in the capital since December 2017.

On the injury front, there was good and worrying news for international boss Ian Baraclough. On the plus side, the influential Paddy McNair recovered from a knee injury to play 81 minutes of Middlesbrough’s 1-0 defeat at Millwall.

However, in-form Conor Washington lasted only five minutes of Charlton Athletic's 2-2 draw at AFC Wimbledon after he had to be substituted following an apparent hamstring injury.

In League Two in Scotland, Rangers’ teenager Chris McKee made his professional debut when he played the full 90 minutes for Brechin City who lost 1-0 at Stirling Albion on Saturday.

Speaking exclusively to IrishFA.com McKee said: “I came into the (Brechin) squad a couple of weeks ago and have loved every minute of it so far, the lads have to be brilliant.

“My last game was 22 December so it felt unreal to be back playing and for it to be a proper professional game was even better.

“Making my debut was amazing, my first professional game and it just gives me more motivation to now kick on.”

Finally, midfielder Ethan Galbraith was red-carded midway through the second-half of Manchester United U23’s 3-0 defeat at Spurs at the weekend.