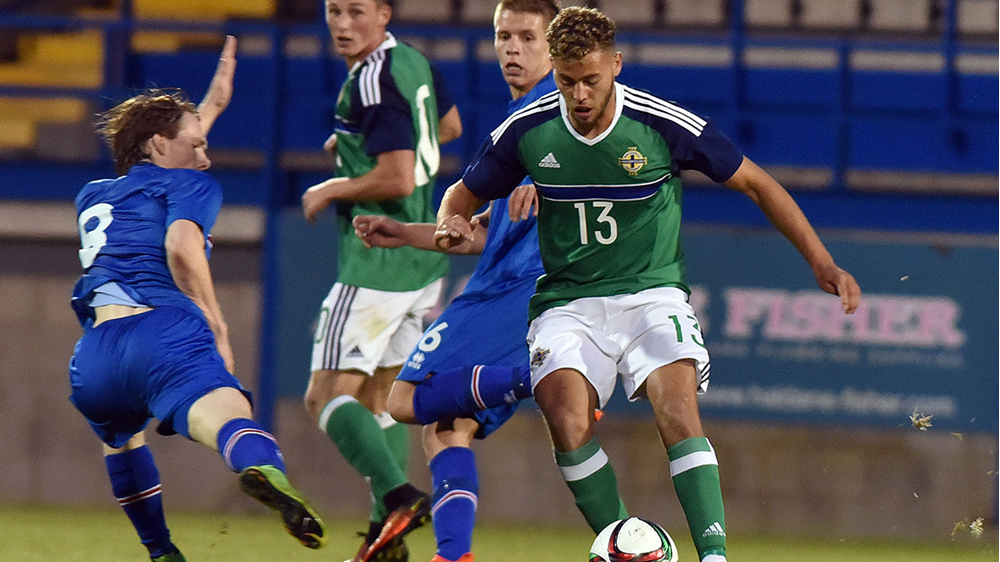 Accrington Stanley striker Dion Charles has received his first call-up to the Northern Ireland senior panel for the matches against Italy, Bulgaria and USA later this month.

But Charles has represented his country before – at both Under-21 and U19 level.

The 25-year-old, who was born in Preston and is eligible to play for Northern Ireland through a Belfast-born grandmother, started his career at Blackpool.

He rose up the youth ranks at Bloomfield Road but never made a first team appearance for the Tangerines despite being in their Championship squad for the 2013-14 season.

Following his subsequent release from Blackpool he drifted into the non-league scene with AFC Fylde in 2014 but his scoring exploits there saw him snapped up by League One side Fleetwood Town in July 2016.

Things did not work out for him at Fleetwood – his time there included two loan spells with Halifax Town - and from there he moved to Southport in the National League North in January 2018.

He stayed with Southport - scoring 18 goals in 64 appearances – until he was snapped up by League One side Accrington Stanley in August 2019.