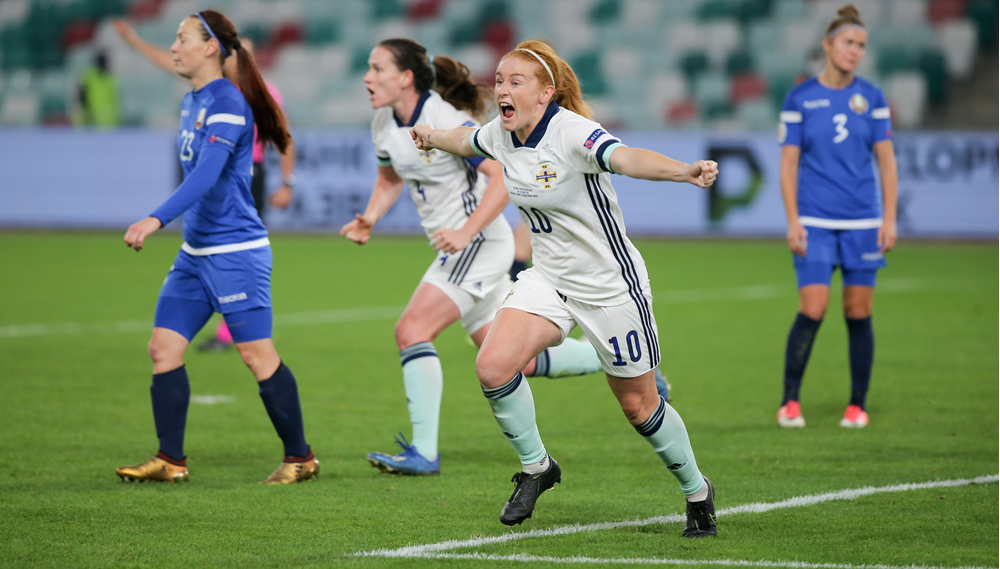 Kenny Shiels’ squad were paired with Ukraine in last week’s draw and the sides will battle it out over two legs next month for a place at the 2022 finals in England.

It’s an away test first with the girls in green and white travelling to Kiev and on to Kolos - Kovalivka to play the first game on Friday 9 April (17:00 GMT kick-off). Then it’s back to Belfast to prepare for the home leg at Seaview on Tuesday 13 April (19:45 GMT kick-off).

Last year Northern Ireland finished as runners-up in Qualifying Group C behind Norway to reach a play-off for a major tournament for the first time in their history.