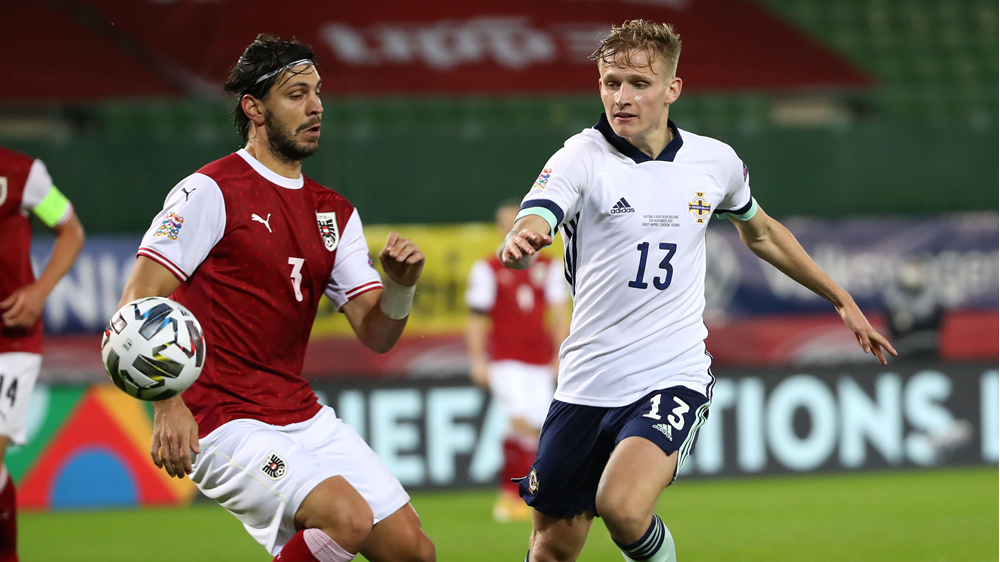 It was a memorable weekend for midfielder Ali McCann who picked up a League Cup winners’ medal as St. Johnstone defeated Livingston at Hampden Park.

The 21-year-old, who made his senior international debut for Northern Ireland against Austria in November, was part of the team that won 1-0 thanks to a first-half goal from Shaun Rooney.

Elsewhere, a month after joining Premier League champions Liverpool, 19-year-old goalkeeper Liam Hughes was named on the substitutes bench for the Reds trip to Sheffield United at the weekend.

Jurgen Klopp’s side won 2-0 at Bramall Lane and although the former Portadown and Dungannon Swifts netminder did not play, he still became the first player from Northern Ireland to be named in a Liverpool match-day squad for a League game in 67 years!

Also in the Premier League, defender Jonny Evans hobbled off after 69 minutes of Leicester City’s 3-1 home defeat to Arsenal with a calf injury.

“How you would have a dead leg, he’s had this dead calf,” explained Foxes boss Brendan Rodgers. “He’s been able to get through, but he’s had some actions that have aggravated it.

“Today it felt worse. He had a shooting pain go up through his calf. He’ll need a scan to see where he’s at.”

On the goalscoring front, Josh Magennis bagged his 12th goal of the campaign when he converted a penalty in Hull City’s 3-0 victory at AFC Wimbledon, while on-loan winger Jordan Jones scored his first Sunderland goal as the Black Cats came from two goals down to draw 2-2 at Crewe Alexandra. 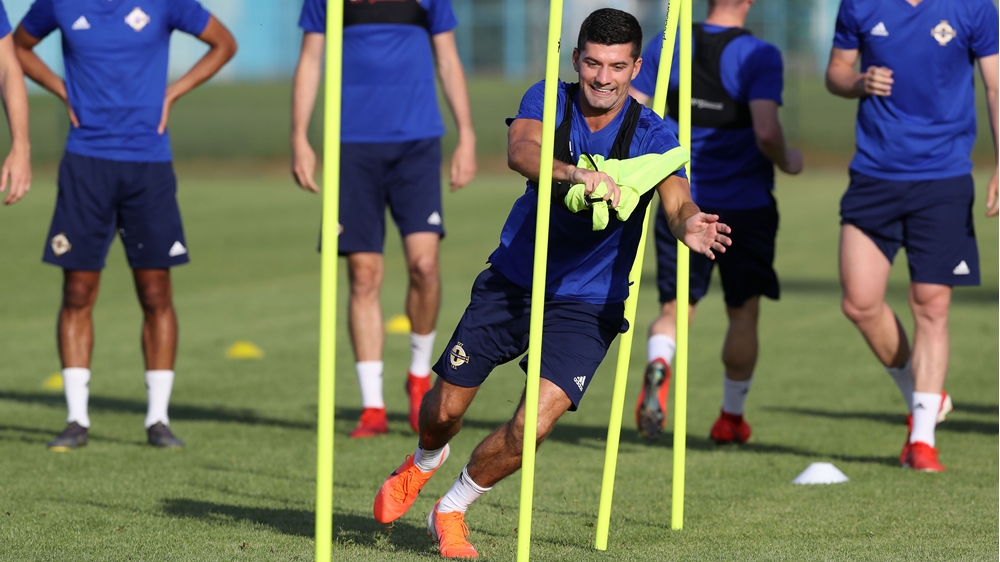 “I'm delighted to get my first goal,” said Jones. “But more importantly it contributes towards a point which could be vital at the end of the season.

“I’ve come on and I feel like I've done myself no harm, so it’s a good feeling.

“Hopefully I can play some more minutes now,” he added, “but everyone is just focused on winning as many games as we can and then we’ll see where we are come the end of the season.”

Also on the scoresheet over the weekend was Liam Boyce who took his tally to 13 this term in Hearts 1-1 draw at Inverness, while Paddy McNair registered his first of the season when he fired home an equaliser for Middlesbrough eight minutes from time against high-flying Cardiff City at the Riverside Stadium.

Meanwhile, in the Scottish Premiership Kyle Lafferty popped up with an assist in his first start for Kilmarnock as they earned a first point under new boss Tommy Wright following the 1-1 draw at home to Dundee United.

As well as the assist, Lafferty also hit the crossbar and had a goal disallowed as he completed his first full ninety minutes for the Ayrshire outfit.

“I think you can see that we need to keep him fit,” said Wright. “He is focused and he knows what we need from him between now and the end of the season. He played a big part today.”

Finally, striker Dion Charles, who has scored 14 goals for Accrington Stanley this season, was substituted after picking up an ankle injury in his side’s 1-1 draw at Fleetwood Town.