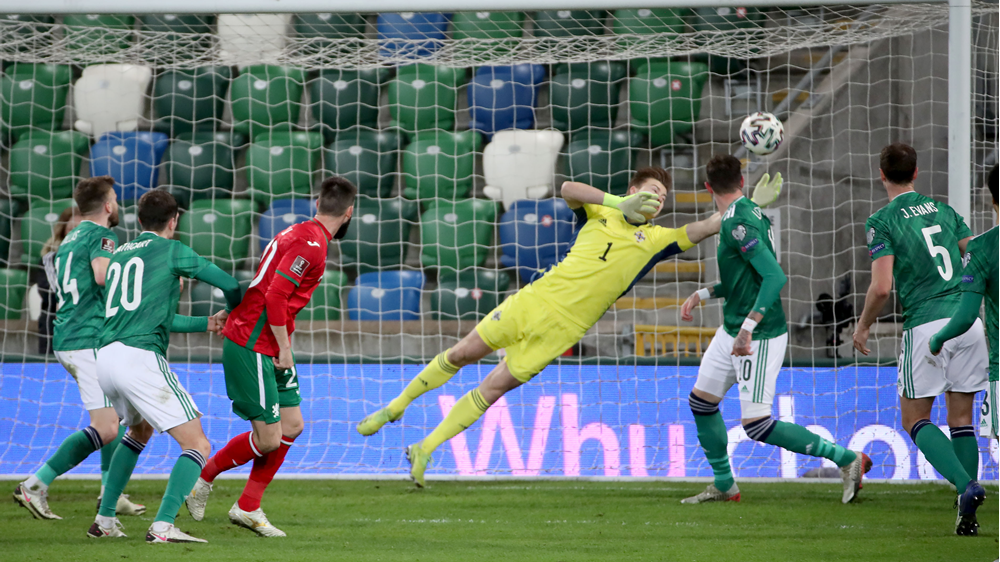 The game at the National Football Stadium at Windsor Park ended scoreless but Ian Baraclough’s side created enough opportunities in the 90 minutes to grab all three points.

Northern Ireland enjoyed the bulk of the possession in the European Qualifying Group C match but could not find a way past Bulgarian keeper Daniel Naumov. 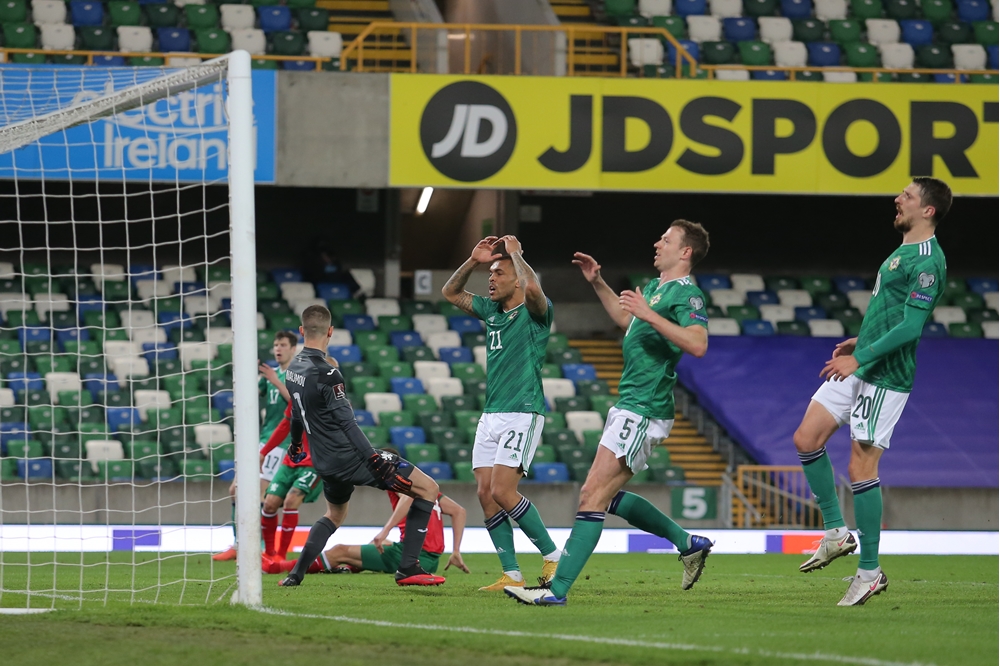 Stuart Dallas hit the woodwork and Gavin Whyte forced an excellent save out of Naumov as the boys in green and white largely controlled proceedings.

And Northern Ireland keeper Bailey Peacock-Farrell, who had been a spectator for much of the encounter, produced a marvellous stop towards the end of the game to keep the scoreline at 0-0.

Fittingly it was Northern Ireland captain Steven Davis, breaking the all-time British caps record with his 126th appearance for his country, who had the first effort on goal after five minutes, however his shot drifted well wide of the target.

In the 10th minute Josh Magennis directed a header towards goal but Bulgarian goalkeeper Daniel Naumov comfortably clutched the ball.

Northern Ireland, who lost their opening World Cup 2022 qualifier against Italy last week, almost grabbed the lead on 21 minutes. Davis clipped a lovely pass to Magennis down the left and he cleverly evaded his marker before firing in a cross to Dallas at the back post and his header crashed against the bar. 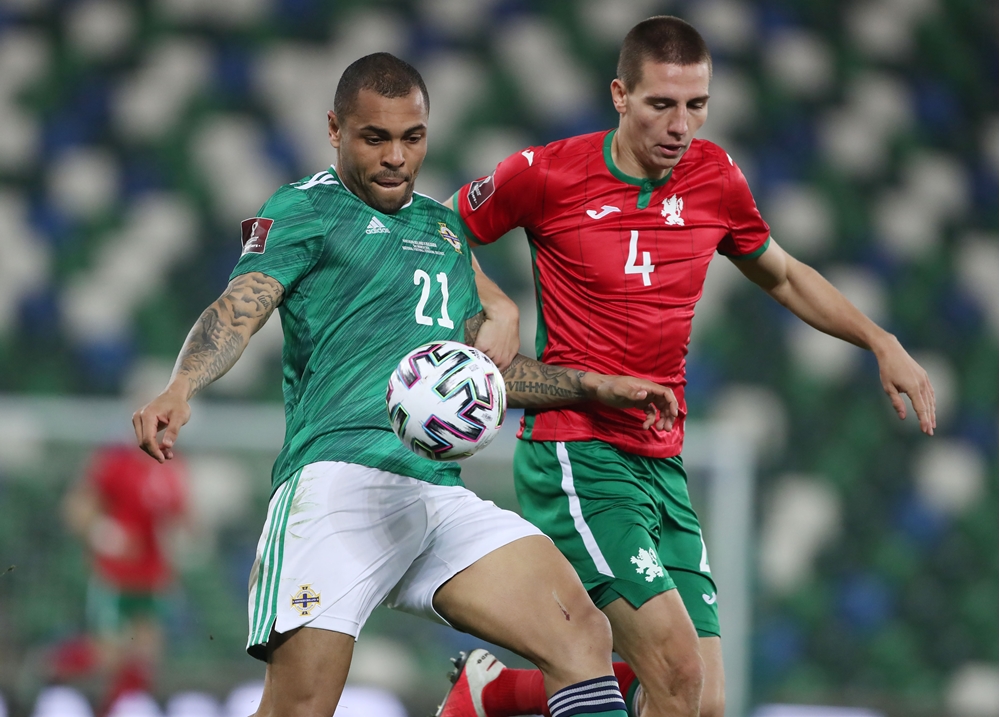 Three minutes later Paddy McNair whipped in a great cross from a free-kick, however Magennis could only direct his powerful header over the top.

Peacock-Farrell then failed to deal with a cross inside his area and the move eventually saw Bulgaria defender Valentin Antov head over the top. It was Bulgaria’s only chance of the first half.

As the opening 45 minutes drew to a close Craig Cathcart rose well to head another McNair delivery from a free-kick across the face of goal but there was no-one to attack the ball.

After the break Northern Ireland upped the tempo and began to create further chances.

A Cathcart header across the area from a Davis free-kick was met by Whyte and his strike, which bounced up off the turf, was superbly pushed away by Naumov.

Northern Ireland forced a series of corners but the Bulgarian defence stood firm. Jonny Evans got a header on target, however Naumov comfortably held on to the ball.

On 63 minutes another dangerous looking McNair delivery was cleared by Antov for a corner.

Then Jamal Lewis found space down the left and produced a good cutback which was cleared by the Bulgarian defence before substitute Niall McGinn flashed a shot wide. 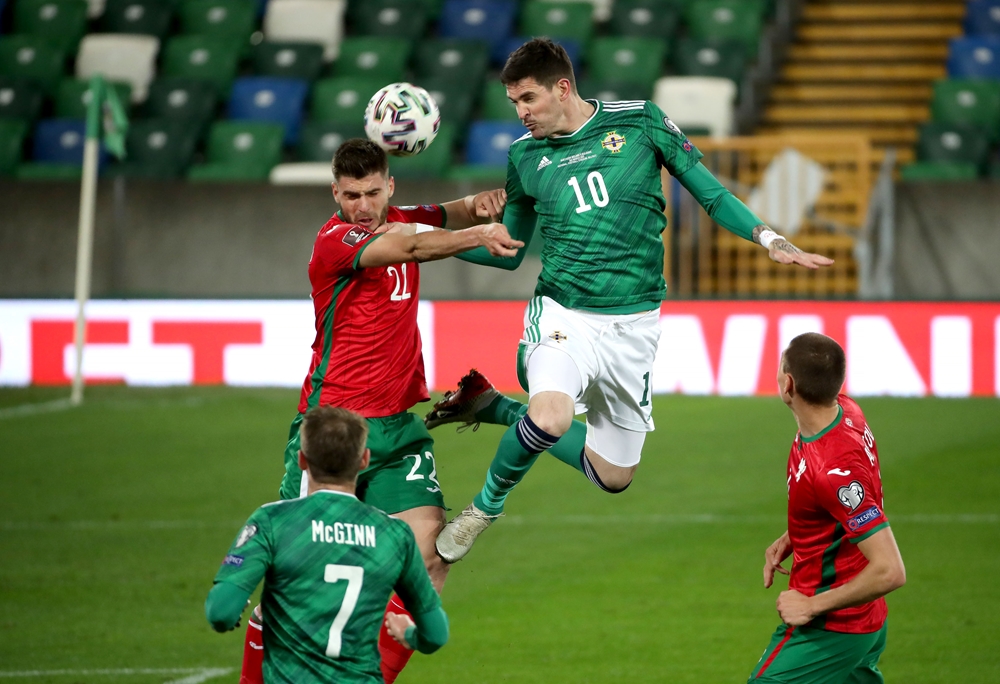 In the 82nd minute substitute Matthew Kennedy pinged a great cross into the area which went inches over the head of fellow sub Kyle Lafferty as he tried to connect with the ball.

Minutes later McGinn’s snapshot deflected out for a corner and then a delivery from substitute Michael Smith was easily collected by Naumov as Northern Ireland pushed forward as the final whistle approached.

Right at the death Peacock-Farrell produced a superb save to keep out a powerful Dimitar Iliev header from a corner. 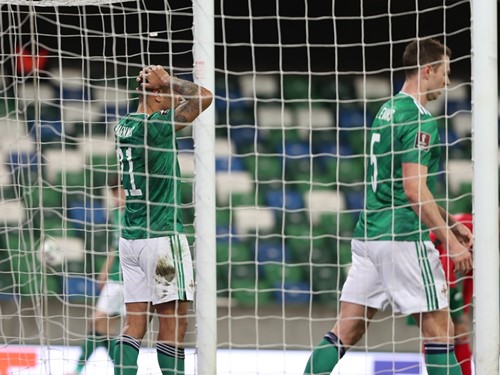 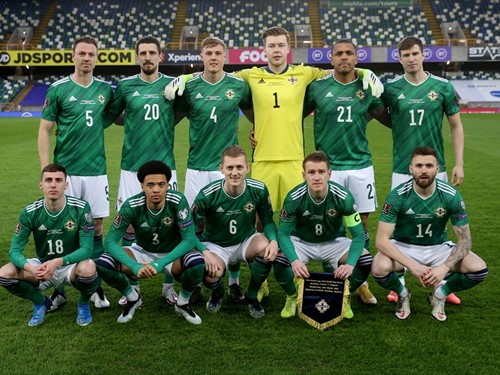 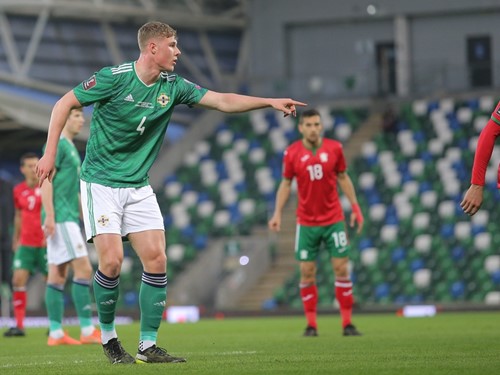 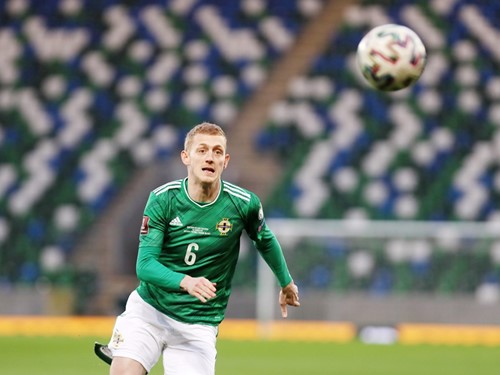 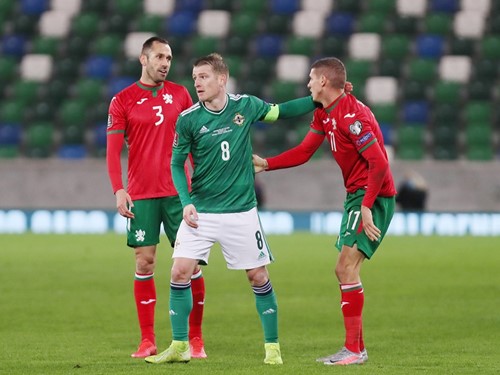 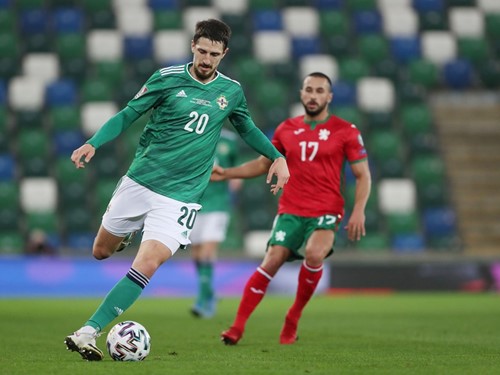 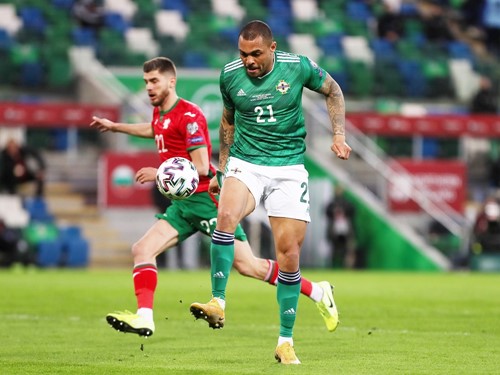 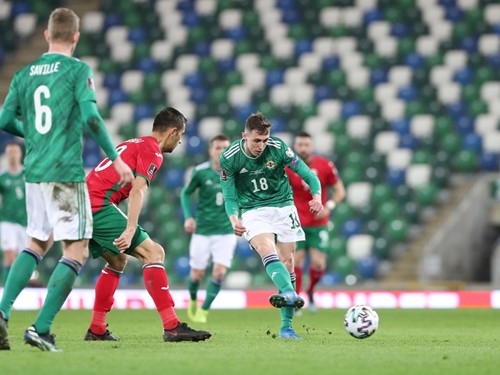 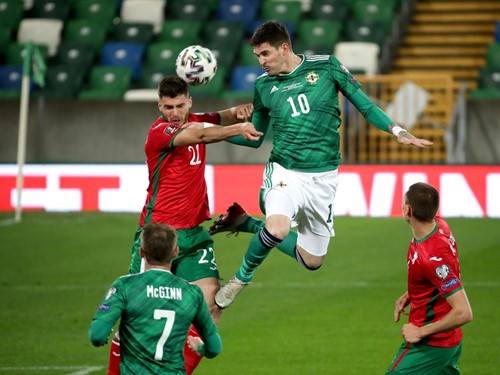 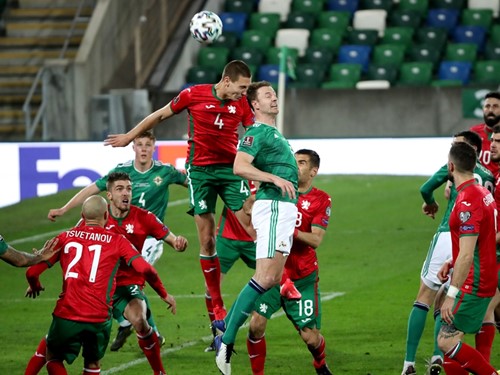 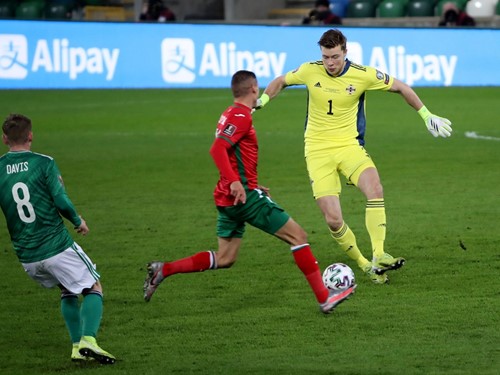 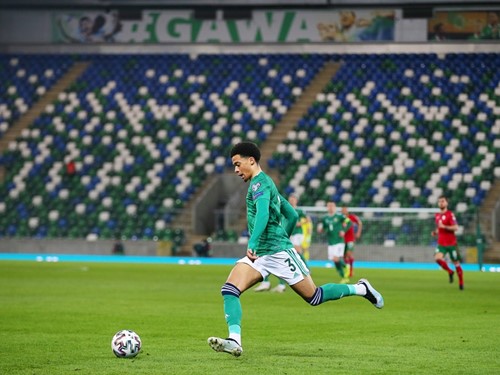 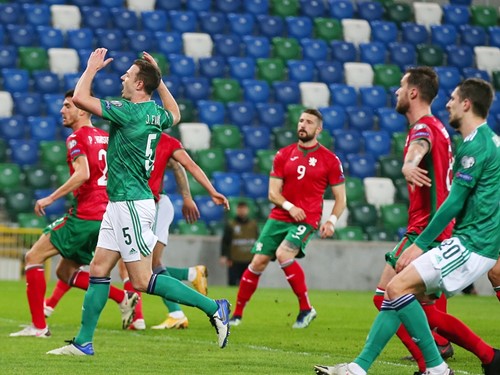 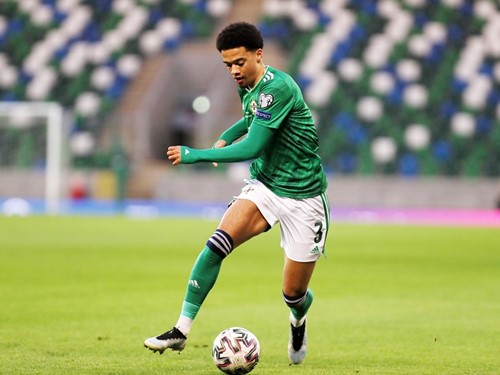