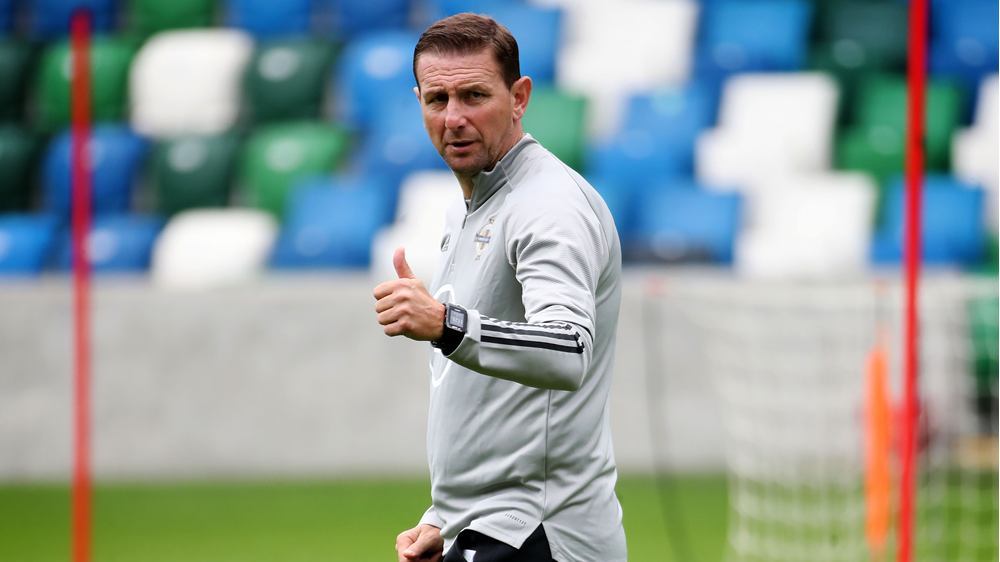 Ian Baraclough will announce his Northern Ireland squad tomorrow as he prepares to welcome the senior men's squad into their first camp of the FIFA World Cup 2022 qualifying campaign.

Their second qualifying game comes against fourth seeds Bulgaria at the National Football Stadium at Windsor Park on Wednesday 31 March.

Between times Northern Ireland take on USA in a friendly in Belfast on Sunday 28 March.

Qualifying game three will see Northern Ireland come up against fifth seeds Lithuania away on Thursday 2 September, while they will meet second seeds Switzerland in Belfast on Wednesday 8 September.

The following month its Switzerland and Bulgaria away on 9 October 12 October respectively before taking on Lithuania and Italy at home in November.

The winners of each of the 10 European qualifying groups will compete at the World Cup in Qatar, due to be staged in November/December 2022.

The 12 play-off teams will be drawn into three separate play-off paths, each of which will feature semi-finals and a final, with the three winners bound for Qatar. Those play-offs are set be staged in March 2022.