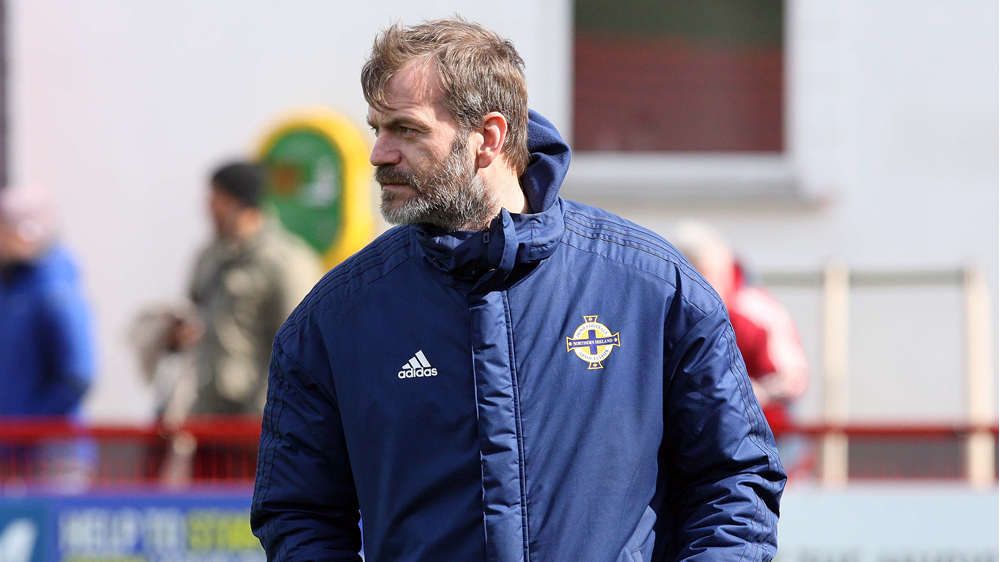 Roy Carroll has been drafted in by Northern Ireland manager Ian Baraclough to coach his four keepers ahead of the upcoming games against Italy, USA and Bulgaria.

The former Northern Ireland international has taken over duties from regular goalkeeping coach Steve Harper, who is unable to join up with the squad for the triple header due to commitments linked to his main job as a coach at Newcastle United.

The veteran keeper was recently appointed as goalkeeping coach for Northern Ireland’s Under-19 and U17 teams and was due to be part of a U19 training camp in Belfast this week.

However, he answered Baraclough’s call and is now coaching coach Bailey Peacock-Farrell, Conor Hazard, Nathan Gartside and Liam Hughes as Northern Ireland’s senior men’s team prepare to take on Italy in a World Cup 2022 qualifier in Parma on Thursday, USA in a friendly in Belfast on Sunday and Bulgaria (WCQ) next Wednesday.

Carroll, who recently returned to playing in the NIFL Danske Bank Premiership at the age of 43 when signing a contract with Dungannon Swifts, has been coaching for several years.

Since returning to Northern Ireland to sign for Linfield in 2016, with whom he won a couple of league titles and an Irish Cup, he has been providing coaching expertise to clubs at various levels and has set up his own coaching academy for goalkeepers.

Carroll, who has also played for Manchester United, West Ham United, Olympiakos, Derby County and Wigan Athletic during a lengthy playing career, won 45 caps for his country and also played for Northern Ireland 11 times at U21 level.