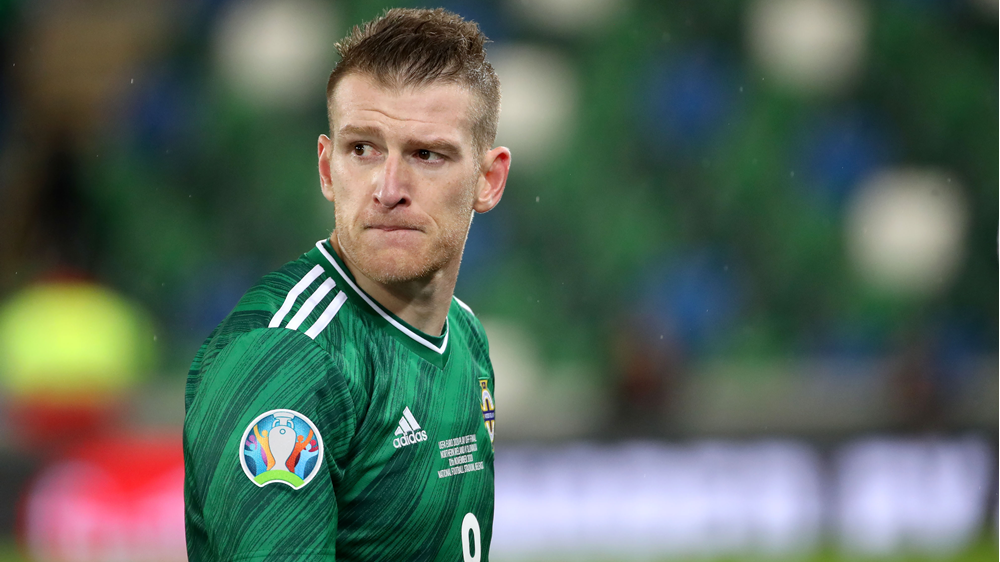 Northern Ireland manager Ian Baraclough has described his captain Steven Davis as ‘a leader by example’.

The boss heaped praise on our most-capped player who is on the cusp of breaking former England ‘keeper Peter Shilton’s UK record of 125 international caps in the upcoming games against USA and Bulgaria.

“I think the other night [against Italy] exactly summed up what he is; he’s a leader by example. It’s testament to him that he’s now getting to be the most-capped British player of all time,” he said.

“When you sit down and think about that and think of all the players that have graced football in the UK – he’s now on top of that. It’s not any accident. You have to be so dedicated to your job and to your country.

“We’ve talked about him time and time again and he just keeps managing to do it.”

Davis broke Pat Jennings' long-standing caps record for Northern Ireland and is on course to eclipse that of another goalkeeping icon in Shilton.

On the prospect of breaking the record, the  midfield maestro said: "It's hard for me to sum up in words what that would mean to me. I'm sure it's something I will look back on when I've retired.

"As a young boy you just want to to play for your country and to get an opportunity to break records in unbelievable."