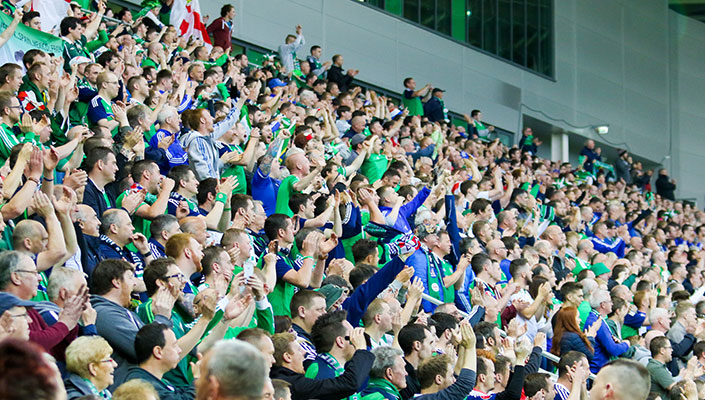 Limited tickets are available for our opening UEFA Euro 2020 qualifiers at the National Football Stadium at Windsor Park.

Michael O'Neill's side begin their qualifying campaign on Thursday 21 March against Estonia at 7:45pm which is then followed by a second qualifier against Belarus on Sunday 24 March with the same kick off time.

With Germany and Holland to come later in the year, Northern Ireland will be aiming to get off to a flying start in front of the Green and White Army and will need your support to do so.

Tickets for the game begin at £40.00 and can be purchased by CLICKING HERE.