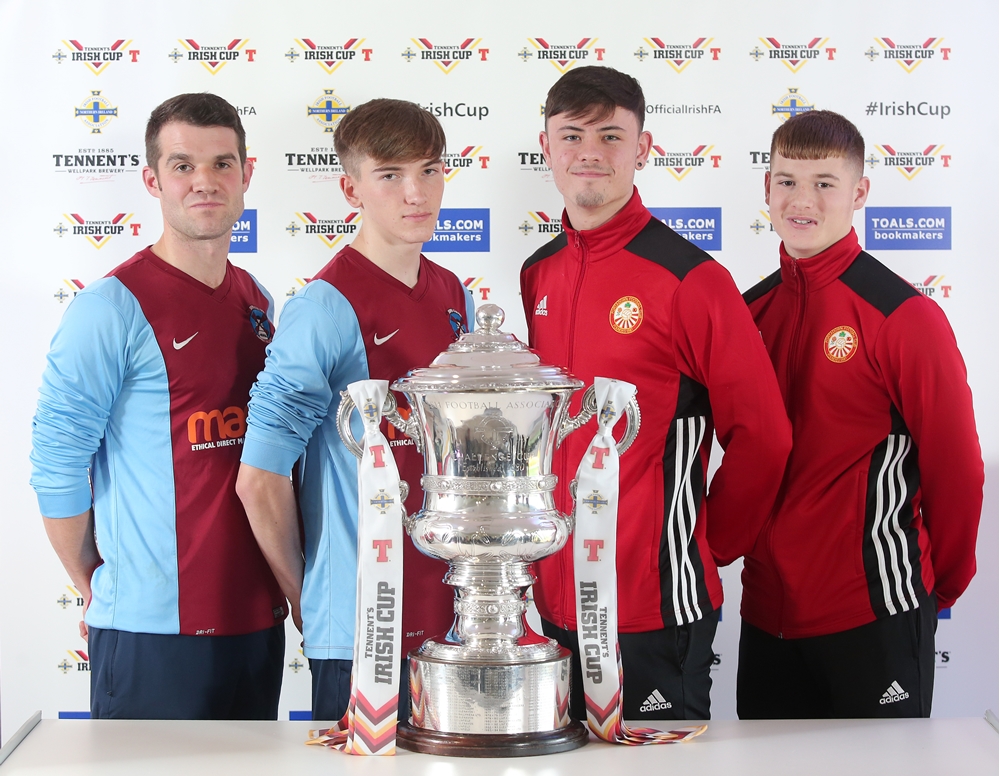 Three all-Premiership clashes arguably provide the high profile matches in the fifth round of this season’s Tennent’s Irish Cup.

Reigning league champions Crusaders, who appear to have found their mojo again after a stuttering start to the season, face Glentoran - currently managerless following Ronnie McFall’s resignation earlier this week - at Seaview.

🎥What a match we had last year at the Tennent's Irish Cup Final between @ColeraineFC and @cliftonvillefc 🙌🏻 Who do you think will be lifting the 🏆in 2019? 🤔#IrishCup pic.twitter.com/LxpmR5VWwo

And just up the road at Solitude their north Belfast rivals Cliftonville, losing finalists in 2018, will start their 2018-19 cup campaign against Dungannon Swifts.

Another clash to whet the appetite is Institute v Warrenpoint Town at the Brandywell in Derry-Londonderry. Institute have made an impressive start to life in the Danske Bank Premiership this term following their promotion from the Championship, while Warrenpoint continue to thrive under impressive young manager Stephen McDonnell.

Round five is when Premiership and Championship teams enter the competition each season and when both the ‘big boys’ and the minnows begin to dream of cup glory.

Away from the all-Premiership ties there are 13 other matches in the fifth round on Saturday, including a David v Goliath clash at Mourneview Park between Premiership outfit Glenavon and Rosemount Rec. The minnows from Greyabbey, who operate in Division 1C of the Amateur League, are the lowest ranked team left in the competition.

Tennent’s Irish Cup holders Coleraine will begin their defence of the trophy at home. Rodney McAree’s side will be up against Championship outfit Harland and Wolff Welders at the Showgrounds.

Current Premiership leaders Linfield and Ballymena United, whom the Blues leapfrogged in the table at the weekend, are also both set to face Championship opposition. Ballyclare Comrades are the visitors to Windsor Park, while Ballymena have to contend with what could be a tricky tie at Dundela.

Other intriguing matches in the fifth round include high flying Championship leaders Larne against Premiership side Newry City at Inver Park and Ards of the Premiership at home to Carrick Rangers from the Championship.

Larne Tech OB, who operate in Division 1A of the Amateur League, will be aiming to do a spot of giantkilling when they take on Championship side Limavady United away from home.

Ballinamallard United, who have been steadily improving in recent weeks, will be hosting fellow Championship side PSNI in Fermanagh, while Queen’s University are at home to fellow NIFL Intermediate outfit Lisburn Distillery.

Strabane Athletic and Maiden City, who both operate in the Northern Ireland Intermediate League, will be up against Knockbreda and Dergview respectively.