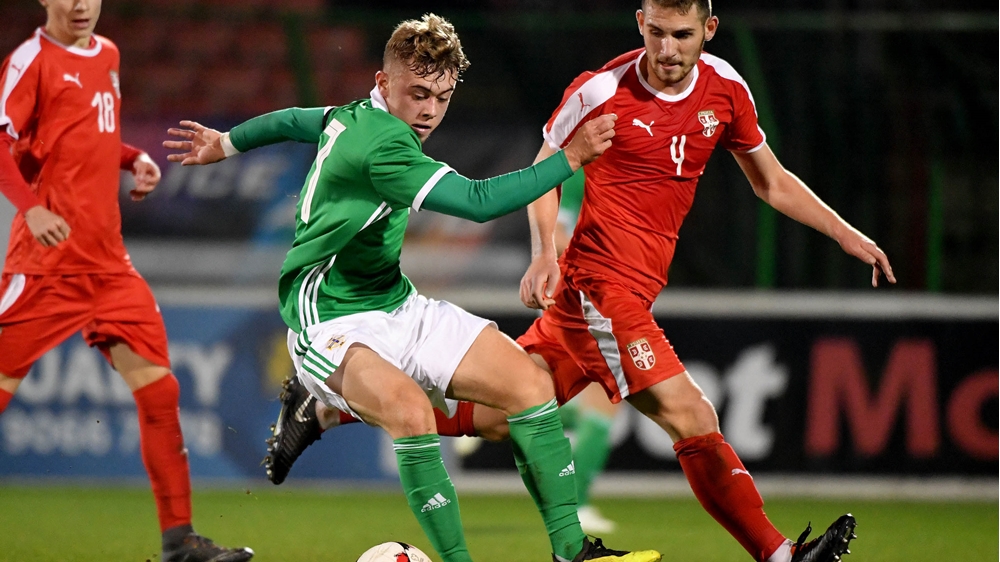 Northern Ireland U19 player Alfie McCalmont has put pen to paper on a new deal with Leeds United.

The midfielder has signed a new two-and-a-half-year deal which will keep him at the Championship club until the summer of 2021.

McCalmont has also been a central figure in Stephen Frail’s NI U19 squad and netted in November’s 3-2 win over Kazakhstan.

Leeds also confirmed they hold an option to extend the 18-year-old’s contract by a further year.

McCalmont, who is now part of Carlos Corberan’s Under-23 side at Leeds, played a key role as the club’s Under-18s won the Professional Development League North last season.