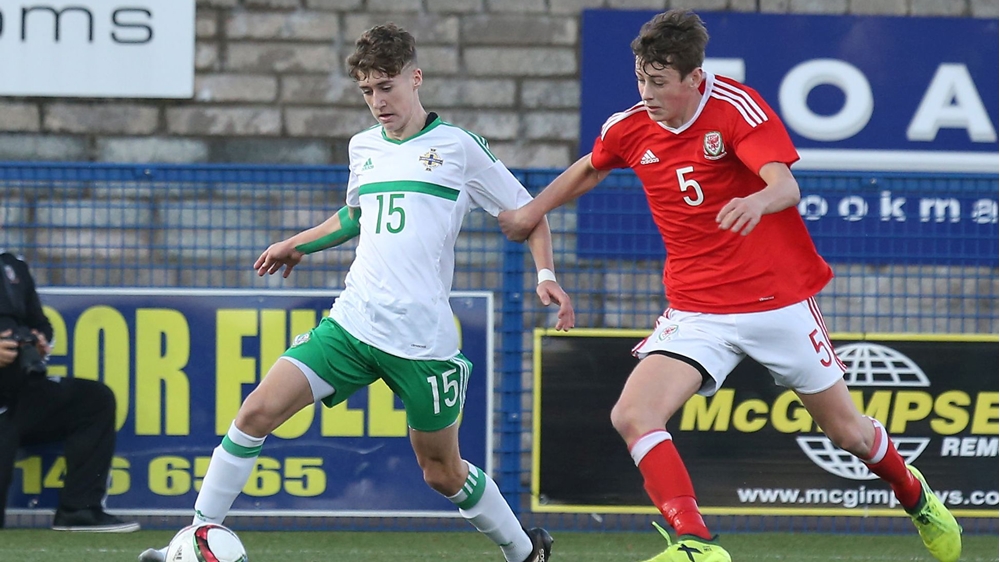 Players on the Irish Football Association’s development programme for young elite players can look forward to a busy first half of 2019.

Jim Magilton, the Irish Football Association’s Elite Performance Director, said 2019 promises to be another exciting year for all the players involved in the JD Club NI programme.

And he added: “The JD Club NI programme is constantly evolving and we are always looking to improve all aspects of it. This year will be challenging for all of us but one that we shall look forward to.”

The JD Club NI 2002s (under-17) are set to represent Northern Ireland in the elite round of the 2019 U17 Euros qualifiers, which are being staged in the Netherlands from 18-27 March. The Dutch, Czech Republic and Israel will be their opposition.

They will be gearing up for that UEFA mini tournament by representing Northern Ireland U18 Schoolboys in a challenge match against Australia U18 Schoolboys at Inver Park in Larne next Tuesday (22 January, 11.30am kick-off).

And next month they will continue their preparations for the Euros qualifiers with two games against Greece U17s at home.

The 2003 (U16) age group in JD Club NI, on the back of winning the U16 Schoolboys Victory Shield in November, are set to take part in their first UEFA development tournament in April.

They will prepare for that tournament - it is being staged in Bulgaria from 10-18 April - by representing Northern Ireland U16 Schoolboys in a challenge match against Australia U17 Schoolboys at New Midgley Park in Belfast next Monday (21 January, 7pm start).

And they will also be attending a two-week training camp in Spain at the end of February/early March.

Meanwhile, the 2004 and 2005 age groups will be involved in trial games this month.

The 2004s (U15) will then also be attending a two-week training camp in Spain at the end of February/early March before taking part in the Rotterdam Cup in the Netherlands at the end of March/early April.

And the 2005s (U14) will be training heavily at the Mid-Ulster Sports Arena in Cookstown prior to participating in the West Ham Cup in London at the end of March/early April.

Magilton revealed the 2004 and 2005 age groups will be playing against the best academies in Europe at their respective tournaments at the end of March.

“I have no doubt these tournaments will prove to be a valuable learning curve in their development, and I’m sure they will relish the challenge,” he added.

On their return from the tournaments both age groups will be undertaking an extensive training schedule at MUSA.

Meanwhile, the JD Club NI Performance School at Integrated College Dungannon and three regional centres across Northern Ireland will be continuing to host intensive training sessions for the younger players on JD Club NI (U12 and U13).

Image: JD Club NI player Trai Hume in action for Northern Ireland’s U16 Schoolboys against Wales back in the autumn.