Ross McCausland is hat-trick hero as Schoolboys triumph in Belfast 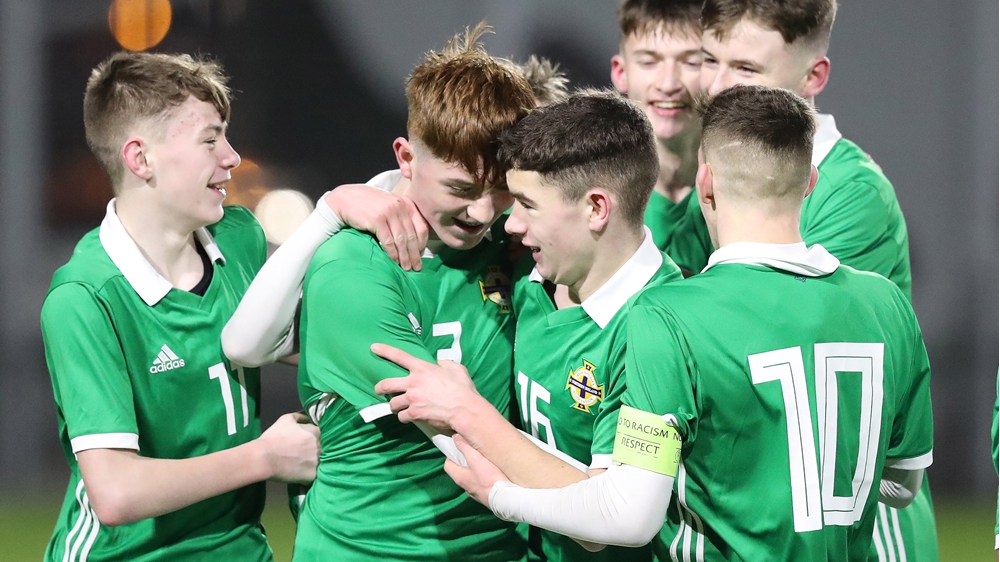 A superb hat-trick from striker Ross McCausland set the tone as Northern Ireland U16 Schoolboys outplayed Australia’s U17 Schoolboys in Belfast last night.

The visitors were still in the game at half-time at New Midgley Park but a second half blitz saw the U16 Schoolboys register an impressive 7-0 victory.

Parkhall Integrated student McCausland, who plays his club football for Linfield, was clinical as he scored the first three goals of the game.

He opened the scoring in the first half with a neat finish from an angle. His second came after defender Jack Scott produced a great run down the flank before feeding the striker, who created space by jinking past a defender and steered a low drive home from 12 yards.

McCausland kept his best until last, however. Latching on to a clever ball over the top from Charlie Allen he raced towards goal before producing an exquisite lob over the advancing keeper.

That goal early in the second half opened the floodgates for Northern Ireland, who launched a wave of attacks.

Goal number four came following a sweeping move, Allen guiding the ball home after McCausland had found him in space.

Then Allen produced a surging run from deep which had the Australians at sixes and sevens. His cross into the box eventually found Sean McAllister who slammed the ball into the net.

McAllister got his second when he raced clear of the visitors’ defence and blasted the ball home from an angle to make it 6-0.

The best goal of the game was arguably the final goal. Substitute Sean Stewart picked up a loose ball before dribbling past a couple of defenders and curling the ball into the net from 16 yards. It was an excellent finish.

The U16 team, which is largely made up of players on JD Club NI, the Irish FA’s elite development programme for young players, played some great football throughout and deserved the emphatic win. The team were coached by Jim Magilton, the Irish FA’s Elite Performance Director. 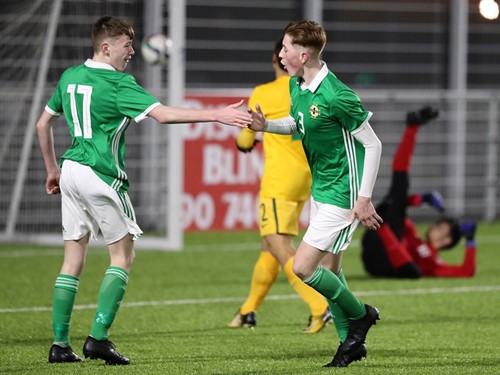 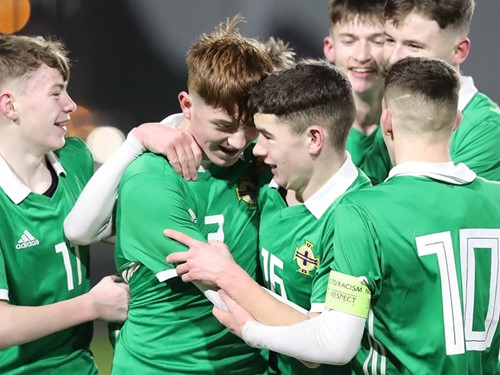 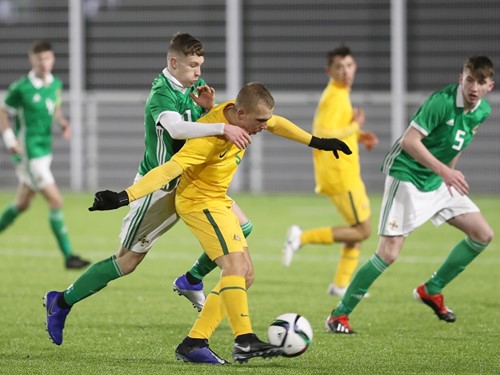 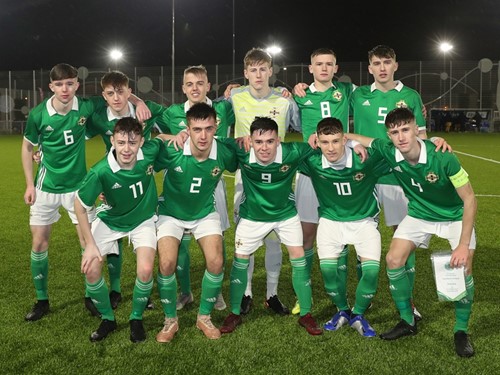 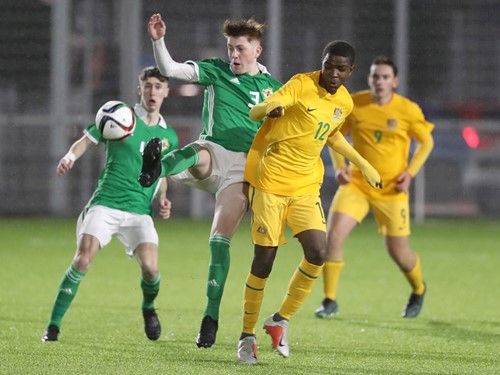 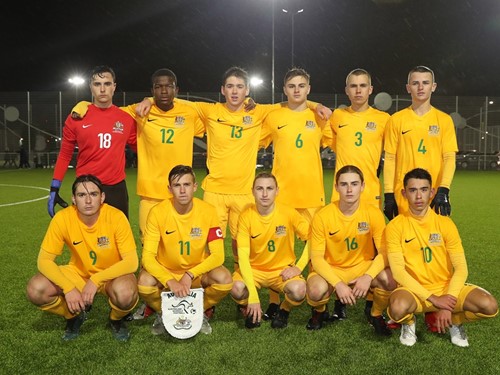 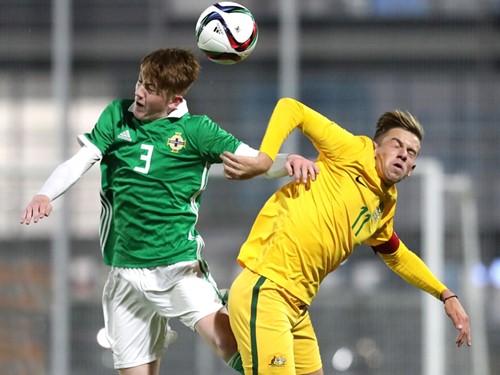 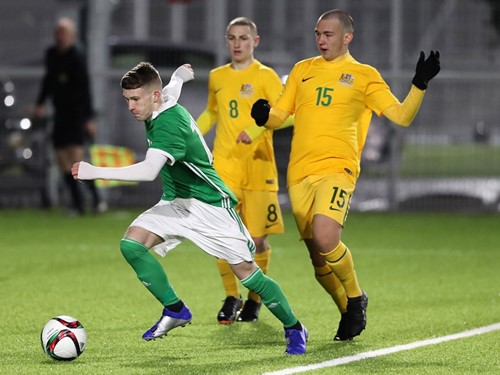