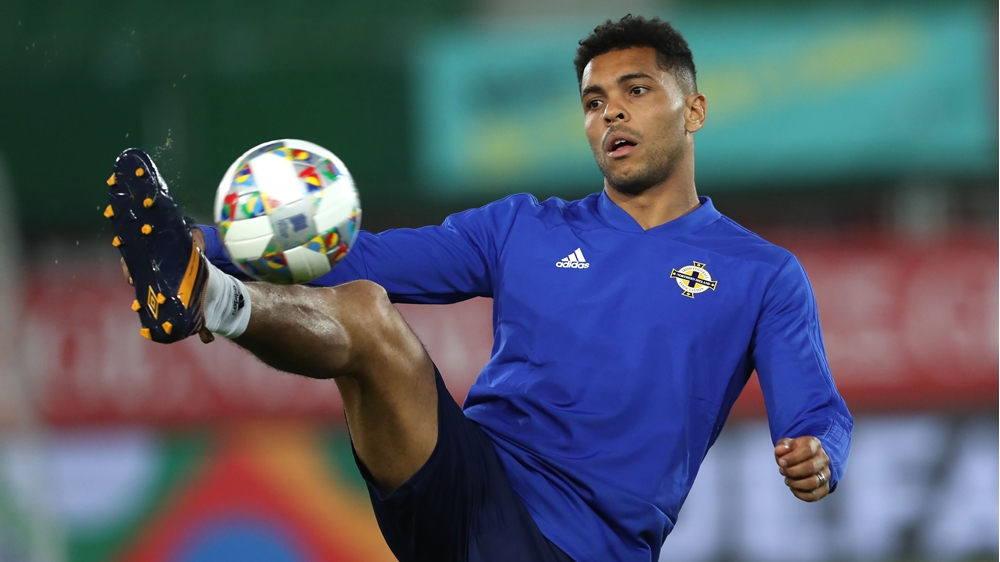 Josh Magennis ended his goal drought in dramatic fashion when he hit a hat-trick in Bolton Wanderers 5-2 FA Cup third round victory over Walsall at the weekend.

The 28-year-old, who had not found the net for the Trotters since the 2-1 defeat at home to Queens Park Rangers on 15 September, has now scored seven goals for the Championship side this term, but his boss Phil Parkinson now wants more from the Northern Ireland frontman.

“Josh has found himself out of the team recently and those goals will do him the world of good,” said Parkinson.

“But I think he can work harder for the team and do more.

“However, strikers want to score and if you put the ball in the right areas, Josh is a good finisher and he showed that today.”

Meanwhile winger Shane Ferguson showed his quality when he came off the bench to score two stunning goals to secure a 2-1 FA Cup win over Hull City at the New Den.

His first was a left-foot screamer from 20-yards out into the top corner while his winner three minutes later was a majestic free-kick from just outside the box.

“They were class goals,” admitted Millwall manager Neil Harris, “It’s what you expect from an international footballer. He has got the ability to do that.

“The belief hasn’t always been there with Shane, but the run of games he has had and the form he has been in has been outstanding and those two goals were befitting of winning any game.

“Shane goes from strength to strength,” added Harris. “He works so hard without the ball – he plays at left back or left midfield and defensive responsibilities were excellent, but we want end product from him as well.

“Assists and goals are key, and he has certainly produced that in the last two games.”

Also making his mark on the Third Round was striker Billy Kee, whose 76th-minute close-range header gave Accrington Stanley a shock, but deserved, win over Championship basement side Ipswich Town.

Stanley boss John Coleman said: “I thought Billy was absolutely terrific. I know Ross (Sykes) got man of the match, and rightly so, but Billy wasn’t far behind him. He was a constant thorn for them.”

Elsewhere in the competition, Michael McGovern got a rare run-out in goal for Norwich City who were beaten 1-0 at Carrow Road by League One leaders Portsmouth, while Luke McCullough was part of the Tranmere Rovers side that had seven put past them on Friday night by a rampant Spurs outfit.

Midfielder Paddy McNair got an assist for Middlesbrough in the 5-0 victory over Peterborough United, who had loanee Danny Lafferty making his debut.

Striker Liam Boyce bounced back with a bang after missing the past three weeks with a thigh injury when he came off the bench to score and provide an assist for Burton Albion who trounced Rochdale 4-0 at Spotland in League One.

Making his debut for ‘Dale was former Derry City forward Rory Holden who has joined the club on-loan from Bristol City until the end of the season.

Goalkeeper Conor Hazard made his debut for Partick Thistle against Dundee United after completing his move to the Jags on a six-month loan from Celtic while Northern Ireland under-21 striker Ally Roy also made his first appearance for the club following his move from Derry City.

Scottish Championship side Falkirk gave striker Shayne Lavery his first taste of senior football when they brought him on as a last minute substitute in their 1-1 draw at Ayr United.

Everton have allowed the 20-year-old to move on loan to the Scottish outfit until the end of the campaign in a bid to gain more first-team experience.